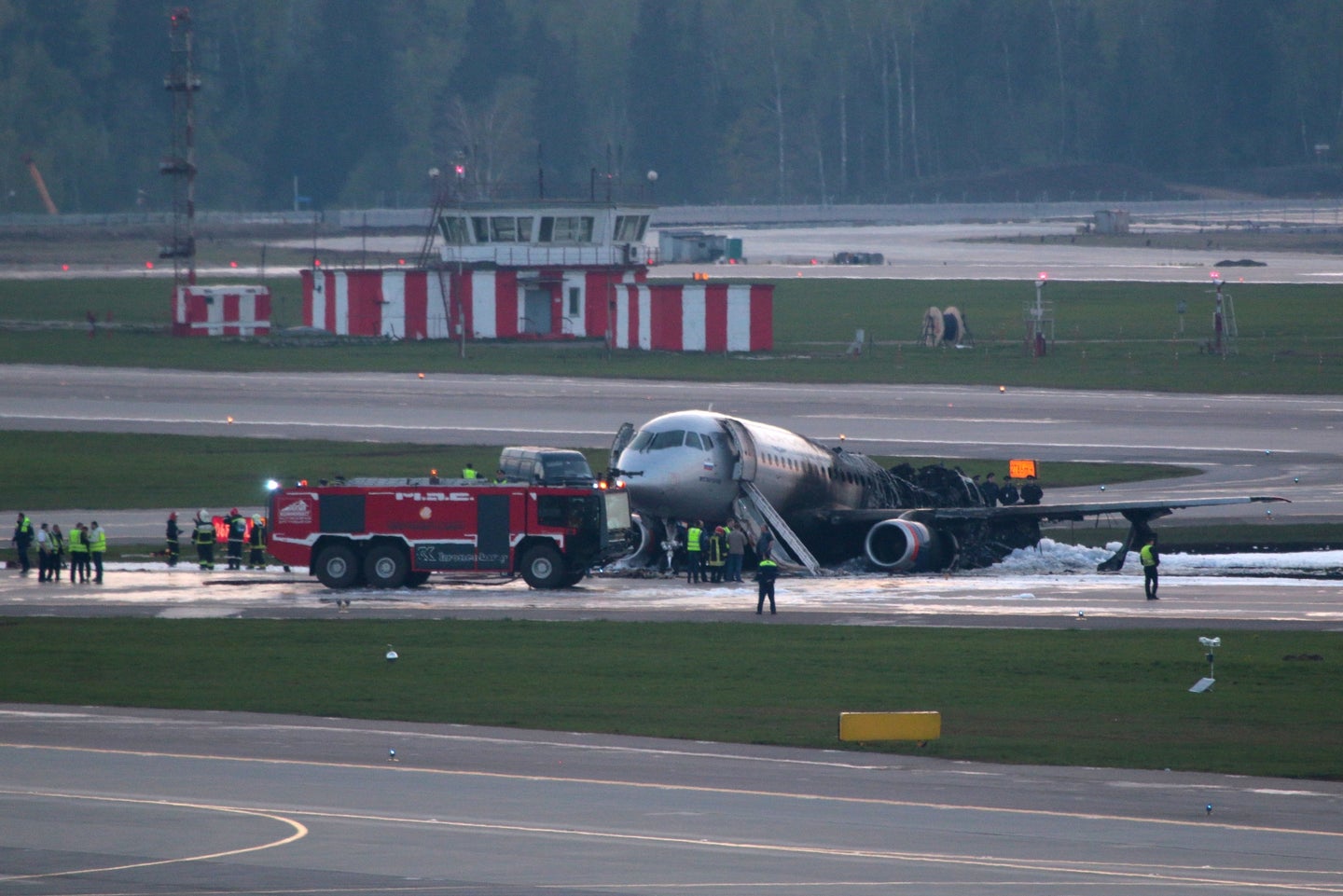 Major tragedy struck Russian air travel yesterday as an Aeroflot jet burst into flames following an emergency landing. According to the latest reports from Russia’s Investigative Committee, dramatic video footage was captured as the scene unfolded, claiming a total of 41 lives, including two children.

Various video snippets show the Sukhoi Superjet 100 making a smoky and rough landing at Moscow’s Sheremetyevo Airport. Before coming to a halt, the rear end of the jet burst into flames. A total of 73 passengers and five crew members were aboard. Some still remain unaccounted for.

The official cause of the incident is currently unknown, but early eyewitness and first-hand accounts mention a lightning strike. Other reports say that a fire broke out while the plane was airborne, and another says that the engine caught fire from the rough landing.

"We took off and then lightning struck the plane," passenger Pyotr Egorov told the daily news outlet, Komsomolskaya Pravda.. "The plane turned back and there was a hard landing. We were so scared we almost lost consciousness. The plane jumped down the landing strip like a grasshopper and then caught fire on the ground."

The plane took off from Sheremetyevo Airport with the intent of landing in the northern Russian city of Murmansk. Flightradar24 shows the plane, registration number RA-89098, taking off from Moscow, then circling the city twice before landing at its origin airport after about 45 minutes of airtime.

"Investigators soon will begin interviewing victims, eyewitnesses, airport staff and the airline carrier, as well as other persons responsible for the operation of the aircraft," Svetlana Petrenko, a spokeswoman for the Investigative Committee, told reporters.

Both Aeroflot, Russia's largest passenger air carrier, and Sukhoi, a Russian-based aviation manufacturer, have struggled with fixing their spotty safety records over the years. In 2012, a Sukhoi Superjet 100 was the subject of another high-profile air incident as one crashed into a mountain in Indonesia during a sales demonstration flight. A total of 37 aviation executives and journalists perished in the crash as well as eight crew members. The cause of that incident was attributed to pilot error.