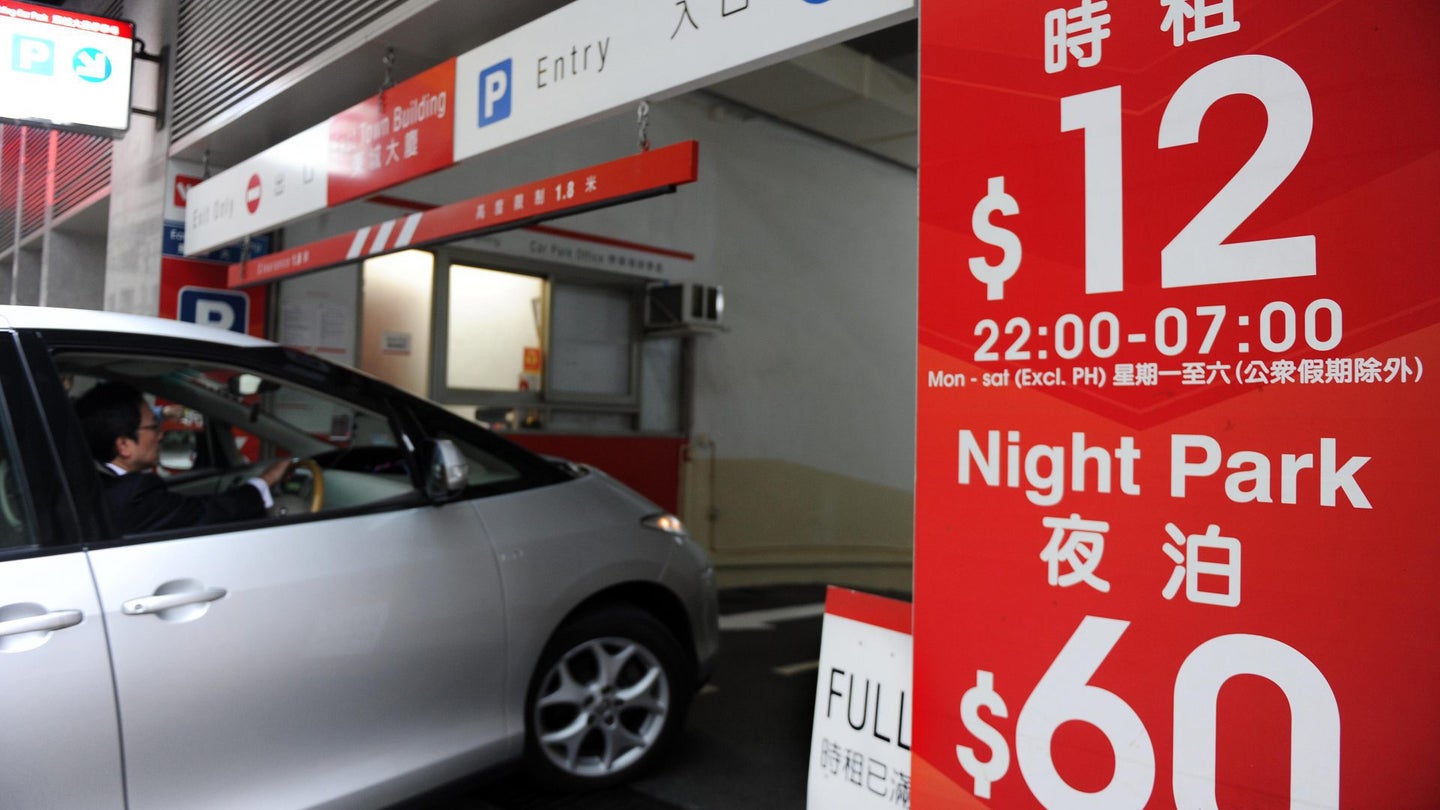 Does leaving your car at the $20-per-day lot downtown make your wallet ache? Try this on for size. One Hong Kong businessman just paid the equivalent of $664,000 for a single parking spot in his apartment complex, according to South China Morning Post. For that money, you could leave your car at the $20 lot for 90

According to South China Morning Post, Huarong Investment Stock Corp executive director Kwan Wai Ming paid $5.18 million HKD (or about $664,000 USD) for the privilege to park his car at his Upton apartment building in Sai Ying Pun, Hong Kong. This makes it a world record for the most expensive parking space ever sold, according to SCMP.

Before you scoff at its eye-watering six-figure (or seven-figure, in the local currency) price tag, keep in mind that lot number 14 is a whopping 188 sq. ft.—apparently 40 percent larger than your average underground, paint-bordered rectangle. Also, Hong Kong is a city that holds the dubious/prestigious distinction as the most expensive place on earth to buy property per square foot. (However, considering the attitude some Chinese have with the number 14, you'd think the 58-year-old financier would've been able to land some kind of discount.)

Unsurprisingly, this isn't Kwan's first high-priced rodeo. He reportedly has already spent about $88.55 million HKD ($11.35 million USD) on two apartments and three other parking spots in the same complex. Almost a tenth of that sum was spent on the parking spots alone.

What I wanna know is, what kind of car Kwan keeps in his $664,000 parking space. Perhaps it's a Lexus LFA. If it is, it'd still be worth less than the asphalt it would be standing on.