The Lucky Air flight—yes, really—was grounded for a full inspection. 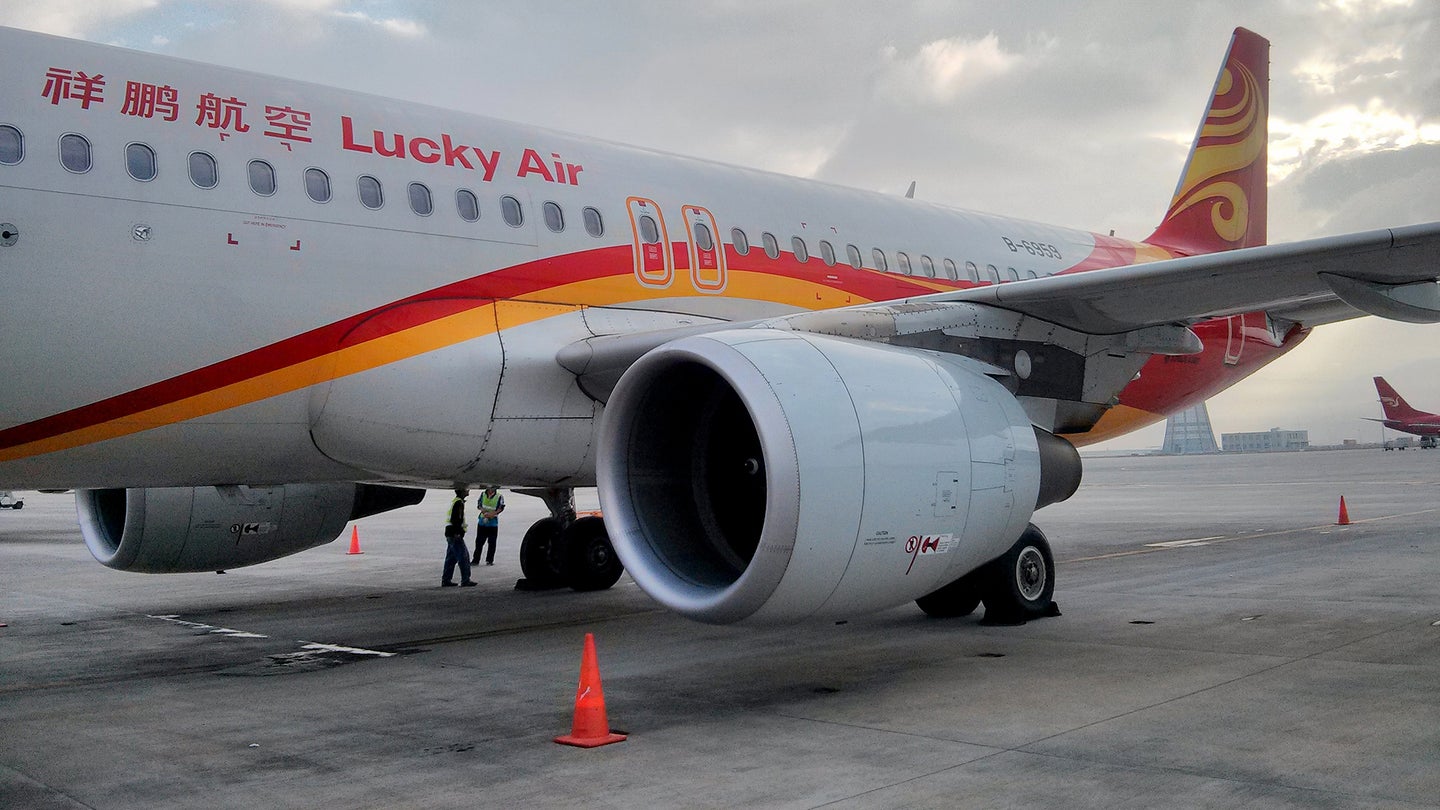 A 28-year-old man is facing fines, a lawsuit, and the free-floating wrath of delayed air travelers everywhere after he caused a flight in China to be grounded by tossing a few coins into the plane's idling turbofan engines for good luck while boarding, China Daily reports.

The erstwhile flyer, identified only as Lu, was boarding low-cost carrier Lucky Air Flight 8L 9960 on the tarmac at Anqing Tianzhushan Airport when he threw at least two one-yuan coins at the left engine of the Airbus A320neo. The coins were soon spotted by workers on the ground; this is apparently enough of a thing in China that airline staff knew to ask passengers if anyone was responsible. Lu raised his hand, later admitting his now-ironic intentions to investigators.

Out of an abundance of caution, Lucky Air decided to cancel the flight and fully inspect the CFM International LEAP engine to ensure no other coins were ingested. All 161 passengers were delayed until the following day. Meanwhile, the airline estimates the episode cost them at least $20,000 in maintenance and other costs. On Monday, it announced it would be suing Lu for damages.

You don't need to know how a modern turbofan engine works to understand that a metal coin bouncing around in a high-speed turbine is bad for both sides. It's true that these powerplants are designed to ingest everything from hailstorms to birds without flinching, and that the LEAP's high-bypass design makes it less likely that a coin could get deflected into the engine core. If everything works as intended, the most likely scenario is a nick or a crack in one of the blades in the front fan hub.

That's not great, and certainly demands attention, but it wouldn't cause the plane to crash, even if the damaged blade failed and detached mid-flight. That's within the tolerance of these engines. But if the coin somehow ended up inside the high-pressure spool at the core of the turbofan—again, a very unlikely scenario—it could wreak havoc and unleash a torrent of failures leading to the engine's destruction. That's also not necessarily enough to take out a flight, but would you want to take that chance at 35,000 feet?

Incredible as the thought of someone flipping a coin into a Lucky Air jet engine for good luck may be, the final twist is that the exact same thing has happened once before at the exact same airport to the exact same flight. Last May, a 76-year-old woman was briefly detained for tossing coins at the engines of Flight 8L 9960 in Anqing, though the airline decided not to press charges given her age.