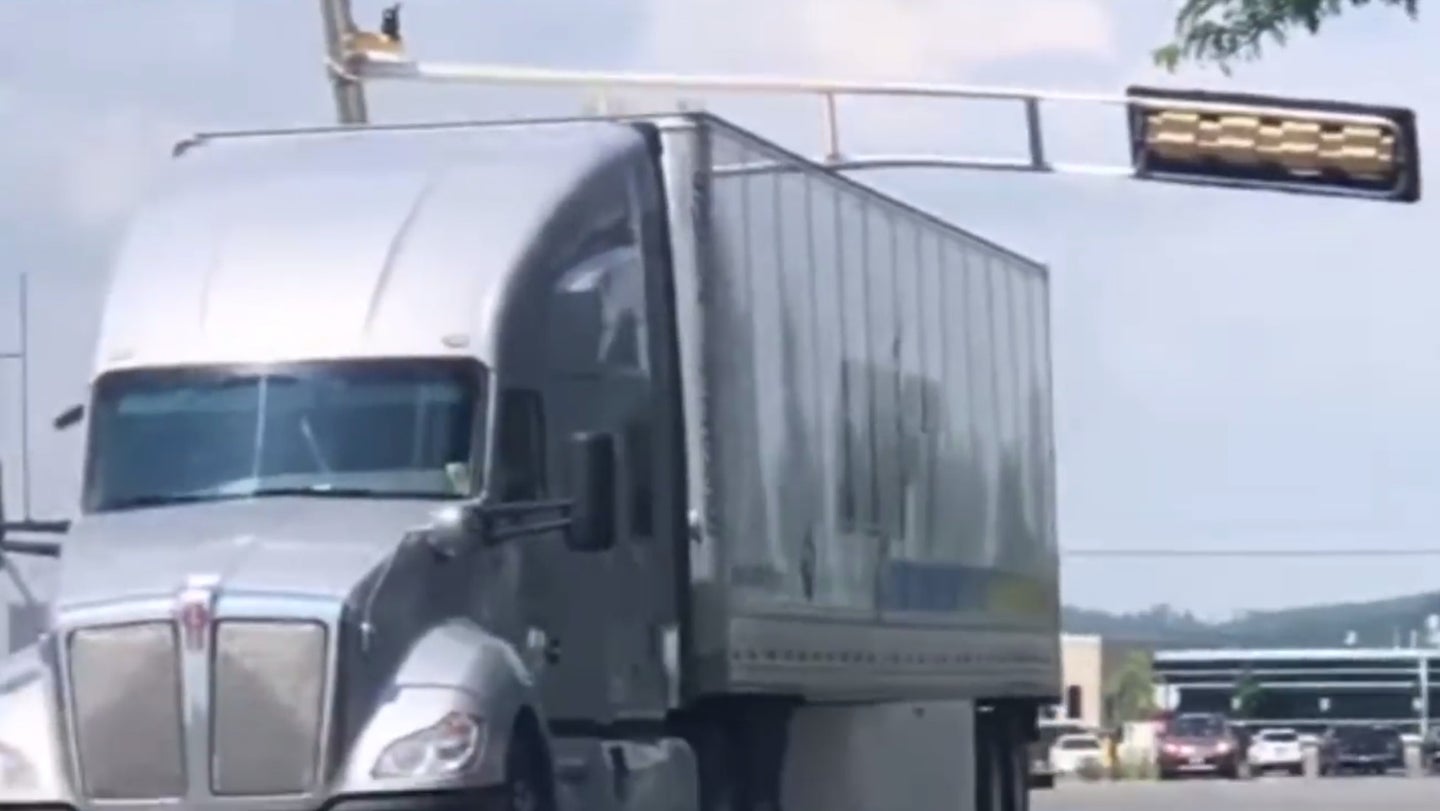 I don't think this traffic light is what the Dixie Chicks had in mind when they sang "Cowboy Take Me Away," but that's stuck in my head now anyway and you're all going to suffer with me. A semi truck in Eau Claire, Wisconsin took an entire traffic light—pole and all—for a wild ride Sunday. The pole got wedged atop the truck's trailer after the truck plucked it from the ground.

Eau Claire police told WEAU that the truck hopped over the curb while making a right turn at the corner of Clairemont Avenue and Craig Road. The turn was tight enough to rip the traffic light pole right out of the ground.

The angled arm that goes to the light itself rode atop the truck for a couple of city blocks until the trucker was stopped by police. The driver even managed to make another right turn while the red light was still riding on top of the truck, although this one was understandably taken a bit wider.

The truck was from the Swift trucking company, and I suppose they're living up to their name here. This is the swiftest that traffic light has moved since it was put into the ground.

Contrast this with the infamous 11-foot-8 bridge, which is solidly attached at both ends, and you realize that this was a lot less painful for the trucker than some of the other infrastructures he could have hit. There's no doubt some damage on his trailer from the red light pole on top of his trailer, but fortunately it's nothing like the can opener effect of hitting a low bridge.