We know it's an April Fools' Day gag. We still like it. 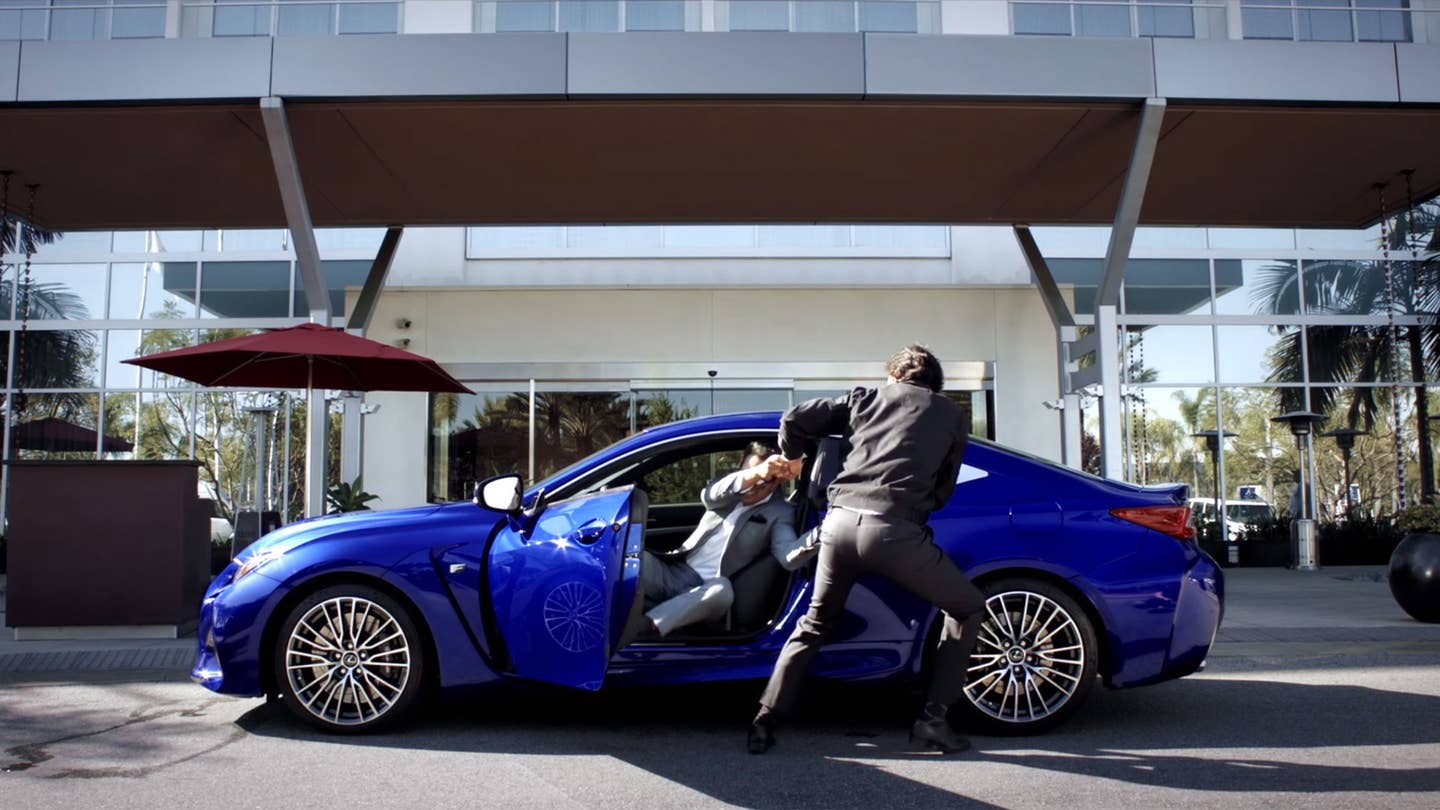 Before you click on that little blue bird above these words to tweet your vitriolic corrections at us, yes, we're fully aware that the V-LCRO seat concept Lexus presents in the following video is the car maker's idea of an April Fools' Day gag. That doesn't change the fact that it's a good freaking idea.

See, the beauty of the V-LCRO seat is its duality: it offers superior levels of both comfort and containment—with nothing but a quick change of clothes. If you're just driving to Whole Foods to pick up a few artisanal Rocky Mountain oysters, just wear your normal clothes and you won't even notice the material pressing against your back. But if you're planning on performing some, shall we say, "sporting maneuvers," simply pop on a jacket (and maybe some pants) with a few strategically-placed Velcro patches and boom—you might as well be welded into that seat through those high-G turns.

And unlike the hooked, spiky side of Velcro, the soft side doesn't stick to anything other than its mate, so there's no issue with the material ruining clothes. (And if you are wearing some fancy, fragile fabric that might get messed up, well, you might have bigger problems than this.)

A sports car or sedan that's designed to be driven every day deserves a seat that works well for both commuting and canyon-carving. And so far we still haven't found that ideal. The sculpted, heavily-bolstered sports seats in the 2015 Mercedes-AMG C63 S seemed ideal until you find yourself stuck in them for five hours during a Long Island traffic nightmare. (Take our word for it: you'll discover new and frightening ways for your ass cheeks to fall asleep.) The big, cushy seats of the 2016 Cadillac CTS-V are a dream on the open highway, start ripping down the back roads and you'll be sliding around like a dog on a skating rink.

Velcro seats are the perfect compromise. And if Lexus—or anyone else—wants to mock up one of these seats for a test run, I will happily volunteer to be the first to sit in it. I am more than willing to put my butt where my mouth is.

Wait, that came out wrong.