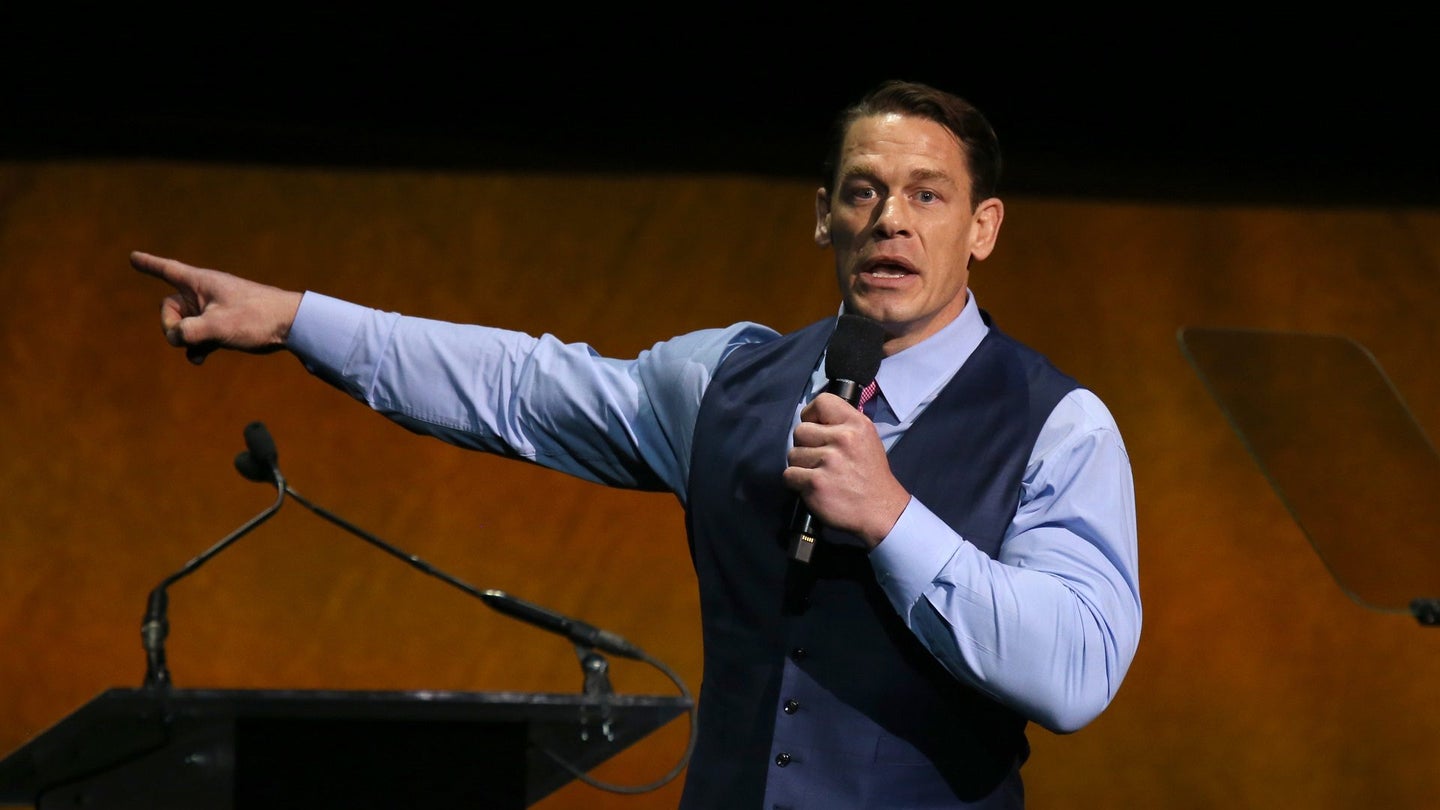 With Dwayne "The Rock" Johnson a likely no-show for next year's Fast & Furious 9, it looks like the series is trading in one wrestler for another. Taking to Instagram late last week, Vin Diesel revealed a brand new member of the Fast cast...and his name is John freakin' Cena. Doo-do-do-doooo. Doo-do-do-dooooooooo.

Yes, the WWE-star-turned-actor and GIF god will the be the latest big name action man in a franchise already chock full of big name action men. Whether Cena will join Toretto's crew as an ally or go up against them as a brooding villain remains to be seen but considering Diesel sentimentally credits his late co-star Paul Walker for "sending" Cena to him, we're gonna go ahead and lean towards the former.

I mean, even if Cena's character is introduced as an antagonist, there's a decent chance he'll end up a card-carrying family member at one point or another given this franchise's history. #JusticeForHan

"I know this sounds crazy, but every blue moon I feel like Pablo up there sends me someone," Diesel said. "Another soldier in the fight for truth. Today, someone came by Toretto Gym that speaks to what Pablo would have brought. All love. Always."

Fast & Furious 9 will mark the return of director Justin Lin and serve as the penultimate movie in the franchise's mainline series. It'll be out May 22, 2020. Meanwhile, the Hobbs & Shaw spinoff starring Dwayne Johnson and Jason Statham will drop later this year on Aug. 2.