Superformance will build 200 aluminum-bodied GR-1s, and make up for lost time by awarding it a 2-second zero-to-60 mph time. 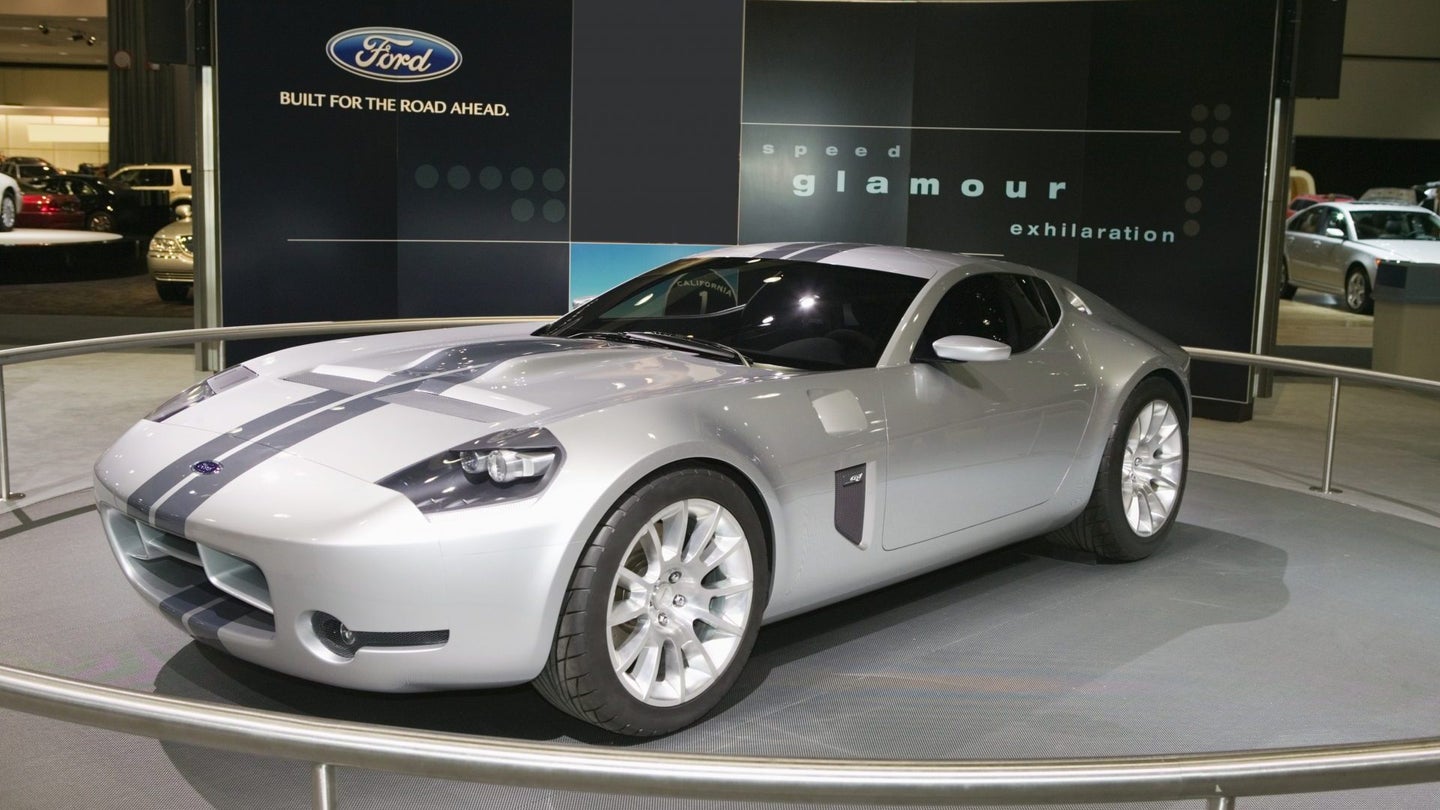 Ford first displayed the Shelby Daytona-inspired vehicle as a clay model at the 2004 Pebble Peach Concours d'Elegance. It followed up with a functional vehicle displayed at the 2005 North American International Auto Show, powered by an all-aluminum, 6.4-liter V-10 that made 605 horsepower and 501 pound-feet of torque, sent rearward by a six-speed manual transmission.

Back in the day, Ford told media that it could produce the GR-1, but never followed through on its claims. Classic car replica manufacturer Superformance has been hounding Ford for years for permission to build the GR-1 itself, and Car and Driver reports that its CEO Lance Stander announced Sunday at the Petersen Automotive Museum that it has received Ford's blessing to build the GR-1.

"It's been a project I've been working on with Ford for about six years," said Stander, as reported by Car and Driver. "We originally said we want to do the GR-1, and we spoke to everyone at Ford and they said, 'it's never going to happen. Just forget about it.'"

"We could have done a replica, we could have done a kit car, but that was never good enough for us. We had to get licensed by the original manufacturer, and it had to have all credibility. So I just kept plodding along and eventually the stars aligned, the right people at Ford got to hear about it and... a couple of guys at who really wanted to see it happen at Ford Design in Europe, and the next thing I know is Ford Licensing is contacting me."

Stander revealed that the first 200 GR-1s built—in conjunction with Shelby American—will have aluminum bodies, either polished as seen on the original concept, or painted. Subsequent cars will have carbon fiber bodies, and that's not all the modernization Superformance has in store for the GR-1. Shelby American Vice President Vince Laviolette revealed that Carroll was toying with the idea of using electric motors for performance prior to his passing in 2012, and that the GR-1 will be available as an electric vehicle.

"Carroll [Shelby] was always on the edge. He was an innovator. And that's the way we still hold the company. You know, the world's changing, and we have to go with the world," said Laviolette. "It's gonna be very fast."

Some details of the GR-1 remain fuzzy. Neither executive confirmed that Superformance or Shelby American will be able to call the car the GR-1, and neither specified whether the original concept's V-10 will power the internal combustion version. Modified Ford modular engines such as the 6.8-liter Triton V-10 could serve as a substitute with modification if Superformance elects not to copy the concept's 6.4, though customers would presumably prefer the aluminum engine.

Fuzziest of all is when the GR-1 will actually arrive. According to a spokesperson for Shelby American, a piece of legislation that would give the companies approval to build the car can't go through during the federal government shutdown.

"While the team appreciates all of the enthusiasm for the car, some of the comments made that night were a bit premature," the spokesperson told The Drive. "Everyone is very excited to move forward with it, but must wait for the 2015 Low Volume Motor Vehicle Manufacturers Act to be finalized. While the initiative has been moving forward lately, the government’s recent shutdown has idled any progress."

"Lance [Stander] is exploring many options for the powertrain and has indeed connected with Shelby American on the project," concluded the spokesperson. "However, until the government rules are finalized, it is too early to engineer any drivetrain."

Besides the two kei utes, a Swift Sports Yellow Rev concept will also be on display at the Suzuki booth.