Luckily, no one was hurt by the inferno. 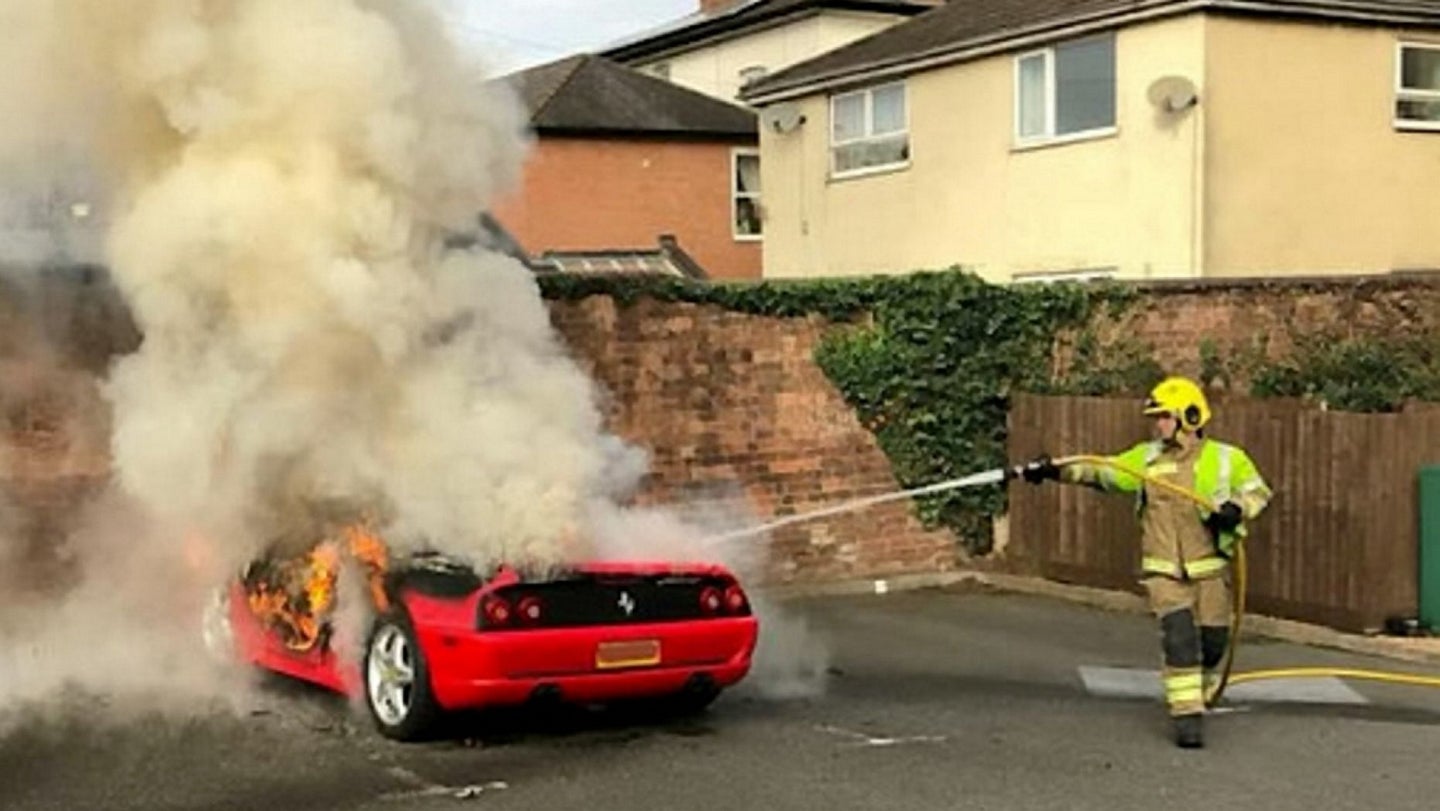 We know that old Italian sports cars aren’t necessarily known for their reliability, but this one had a defect that’s surprising even for a 20-year-old Ferrari. Fox News reports that this red F355 Spider was parked near a train station in Leamington Spa, U.K. and just burst into flames. As of this writing, nobody really knows what happened.

The good news is that nobody was with the car at the time, there were no deaths or injuries, and emergency crews were able to put out the fire. The fire was so bad with such thick smoke that a breathing apparatus was required in order to get close enough to the car to extinguish the flames. The bad news is that this poor F355 will never be the same.

The F355 served as the entry-level Ferrari from the 1995 to 1998 model years before it was replaced by the 360. It famously had five valves per cylinder which meant better intake permeability resulting in impressive performance numbers at the time of 375 horsepower and 268 pound-feet of torque. When it came out, the F355 Spider had a starting price of $137,000.

This fire gets more mysterious the closer you look at it. According to photos, the front of the car saw a great deal of damage. That’s weird because the F335 is a mid-engine car with its 3.5-liter V8 positioned behind the driver. If it was the engine that blew up, why is the front of the car damaged as badly as it is?

Local police are investigating the fire to try to figure out what happened. No car should be bursting into flames like this while parked and not running, even an old Ferrari. Until we hear more, this exploding F-355 in the U.K. will remain a mystery.

Matt Farah drives an oddball Ferrari Testarossa convertible beater in the UK. Maranello only built one prototype, so what the heck is this thing, really?