Restored Intermeccanica Italia Pops Up For Sale in St. Louis 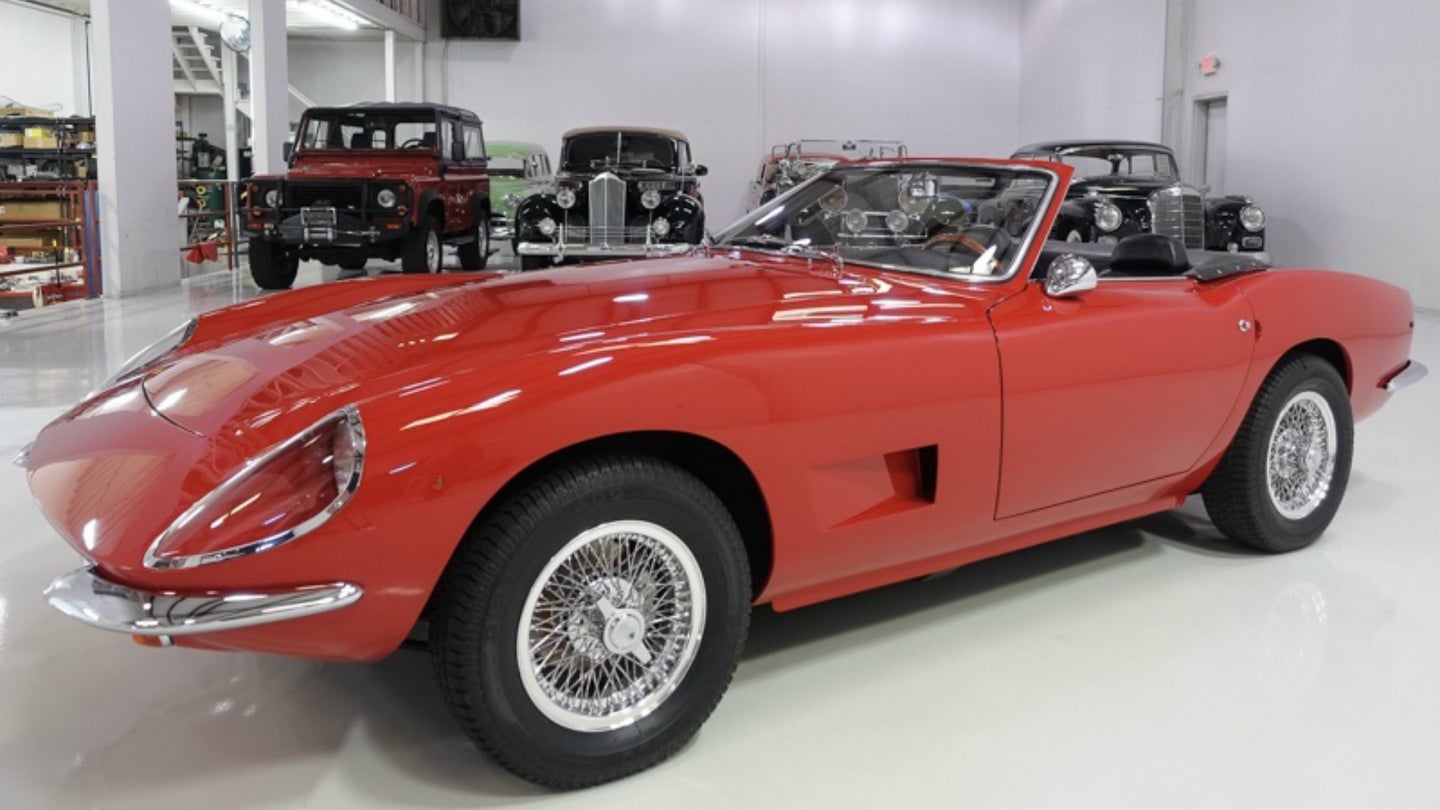 A thoroughly restored 1969 Intermeccanica Italia Spyder is for sale on eBay with a buy-it-now price of $199,900. The gorgeous two-seater is offered by the Daniel Schmitt & Company classic car gallery in St. Louis, Missouri.

Intermeccanica was founded in Turin, Italy in 1959 by Canadian Frank Reisner. He hoped to blend reliable American powertrains with Italian coachwork—a formula that worked for Bizzarrini, De Tomaso, and other manufacturers of the era. In the Italia's case, a 351-cubic-inch Ford V8 and Hurst 4-speed transmission are integrated seamlessly into a hand-formed steel body. Naught to 60 takes a little over 6 seconds and the car will keep going past 150. Disc brakes at all four corners rein things in.

The Italia was designed by Franco Scaglione, who'd penned earlier Intermeccanicas, as well as the drool-inducing Alfa Romeo 33 Stradale. Fewer than 400 Italias were built from 1967 to 1973 in coupe and convertible form, though companies Intermeccanica partnered with also sold a handful of very similar cars as the Griffith and Omega.

The St. Louis car is finished in brilliant red with a black leather interior and cloth top. It appears essentially flawless with a beautifully detailed engine bay. The seller describes the car as one of best examples of the marque in the world. "A spectacular, no-expense-spared restoration was performed, and this Italia can virtually not be told from new," according to the description by Daniel Schmitt & Company.

Founder Frank Reisner passed away in 2001, but his son Henry still operates Intermeccanica from Vancouver, British Columbia. The company stopped producing supercars in the 1970s and now builds modernized replicas of the Porsche 356 Speedster and Volkswagen Kübelwagen. The company is also at work on an electric roadster called the Tofino.

We’re inside Jay Leno’s garage to check out some of his most prized American steel.