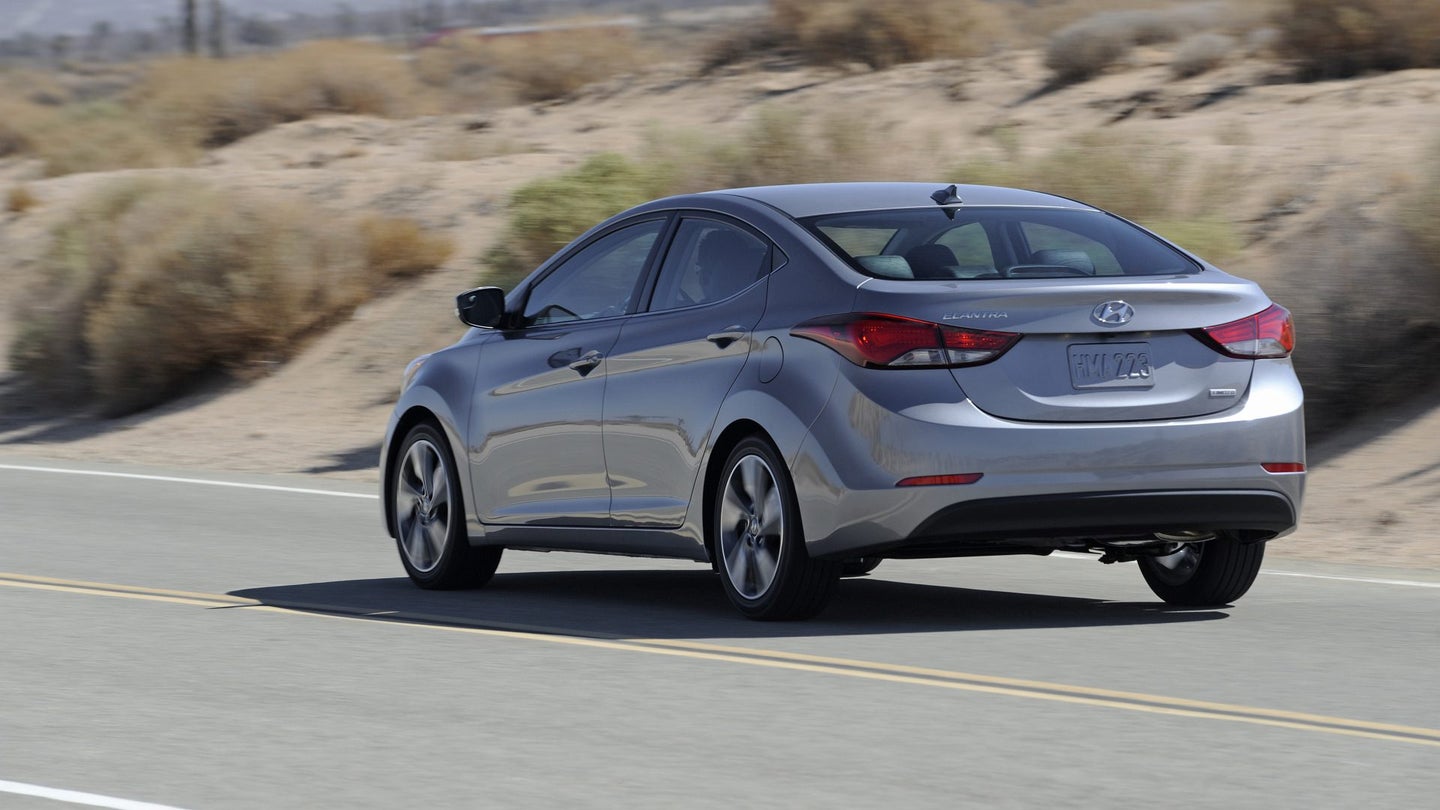 The Hyundai Elantra has joined five other small cars in qualifying for the highest ranking by the Insurance Institute for Highway Safety, garnering an acceptable rating in a new passenger-side small overlap front crash test.

The Elantra, when equipped with optional front crash prevention and good-rated headlights, gets the top billing from IIHS, the organization said Thursday in a news release.

Hyudai submitted internal test data to IIHS when asked, a request made to all automakers, Russ Rader, a senior vice president of communications told The Drive. "Not all did, which is likely because they don't have a good or acceptable result," he added.

In the Elantra's passenger-side test, the passenger space was maintained reasonably well, with maximum intrusion of seven inches at the lower door-hinge pillar. The dummy's head contacted the front airbag, but slid off toward the right, leaving the head at risk of striking forward structure. The side curtain airbag deployed and had sufficient coverage to protect the head from contact with side structure and outside objects. Measures taken from the dummy showed a low risk of injuries in a crash of the same severity.

The acceptable rating applies to Elantras built after December, when the door-hinge pillar and door sill were reinforced to improve protection in passenger-side small overlap crashes.

The passenger side small overlap requirement is new for 2018, and IIHS will be conducting regular tests throughout the year for different vehicle groups, and releasing those results, Rader said.