Mercedes-AMG To Use Mass-Produced V6 Engines

“One man one engine” dies to make room for one brand 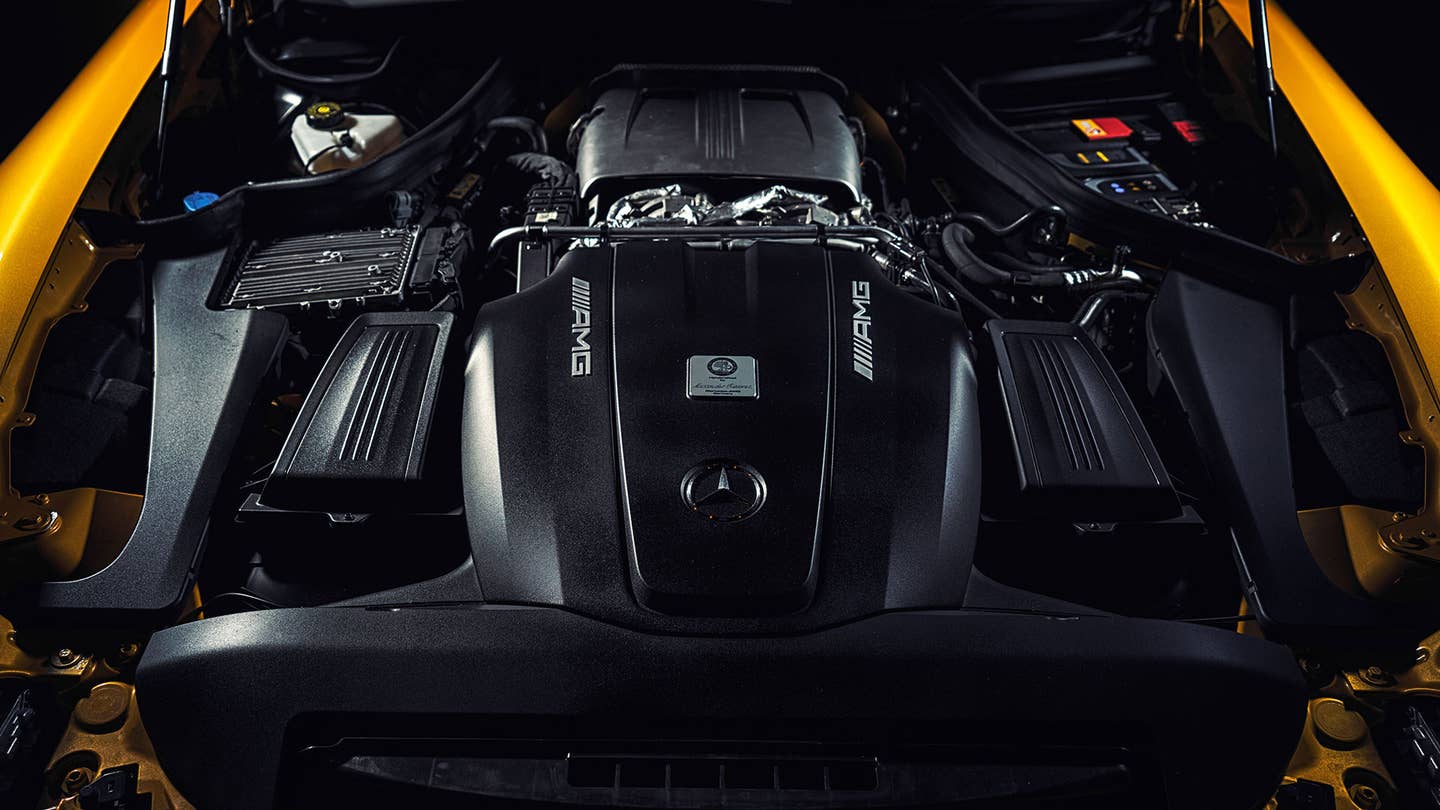 Consider the Red Pig dead, her carcass ground up to sell yet another length of sausage. The AMG Sport line, intended as a gap between standard road-going Mercedes-Benz and the truly special things from AMG, has now been erased. Read: You won't be able to buy an AMG Sport anymore, just a softer version of an Mercedes-AMG. The C63, for instance, with be joined by a C43, the latter bearing a mass-produced twin-turbo V6. It's the end of an era, and they're going to make a killing.

One man, one engine. This motto was once the watchword of AMG. The company started out building sledgehammers like the 300 SEL 6.8, the first in a long line of semi-medieval automotive weaponry favoring brute force over delicacy. You knew what you were getting with an AMG, something that sounded like an Allosaur on bath salts and left a tire destruction trail worthy of the German lunatics who made it. Pop the hood, and you'd find the signature of a master technician inscribed with pride. There was the sense that the badge on the fender wasn’t just a jumble of corporate buzzwords, but genuine craftsmanship. It was wonderful.

It’s difficult to talk about purity without sounding pretentious, but AMG has always felt like an enterprise with autonomy, not just a flavor of Mercedes. Now, the true-blue C63 and E63 dreadnaughts will co-mingle with the C43, E43, and current SLC43 coupe, all of which use Merc’s twin-turbo V6. They'll likely be far faster than AMG's older offerings, and have carefully tuned soundtracks with programmed-in throttle overrun. The “43” designation doesn't actually have anything to do with displacement (the V6 is a 3-liter unit), but neither does the “63.” Both are merely callbacks to the past, a past that fades as profits rise.