This Is How North Korea Once Stole 1,000 Volvos from Sweden 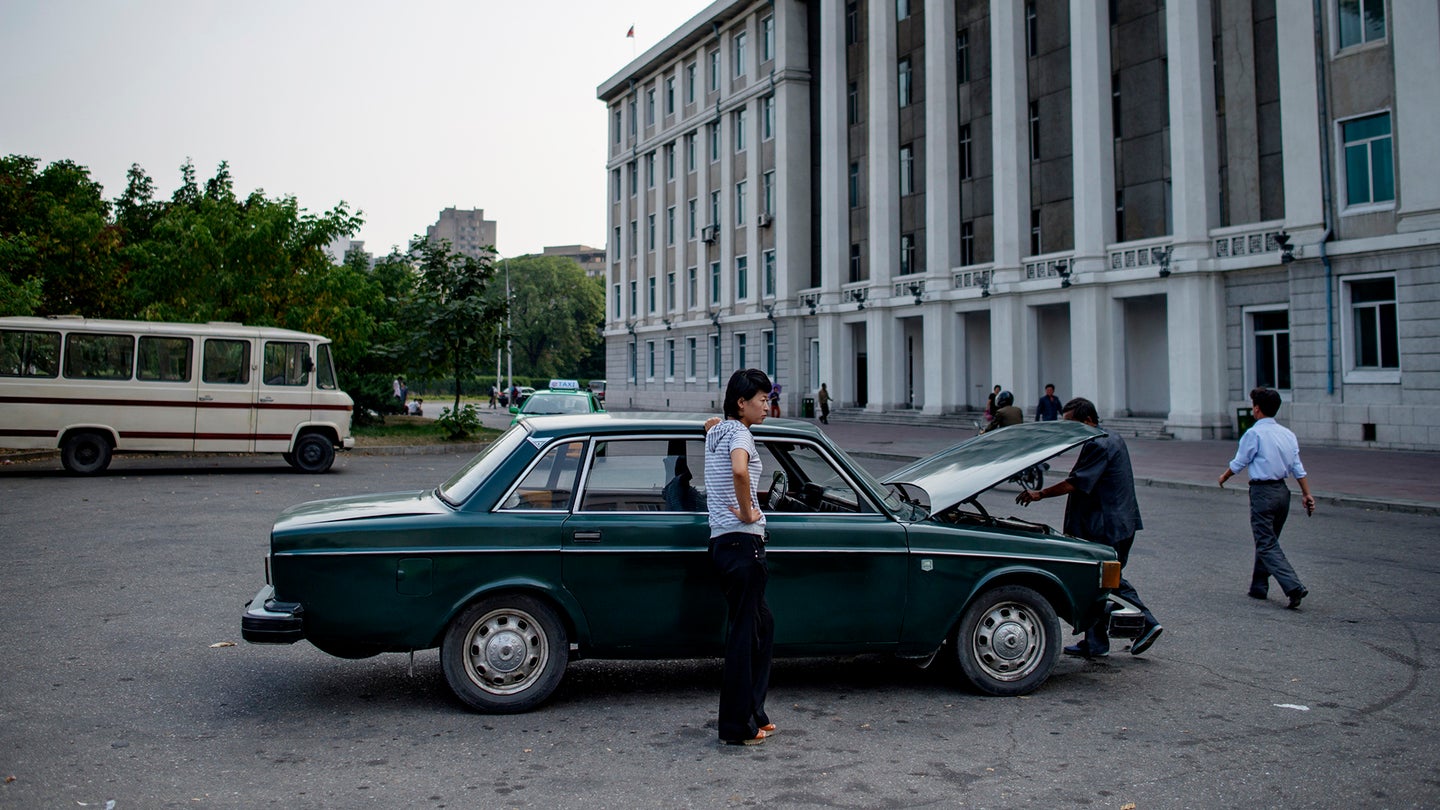 With all the nuclear-tipped saber rattling between U.S. President Donald Trump and North Korean leader Kim Jong-Un, the country that was once a punchline is now a lot harder to joke about. But it's worth remembering that the Hermit Kingdom's misdeeds haven't always threatened the lives of millions of people—like the time the regime dabbled in grand theft auto and stole 1,000 Volvo sedans from Sweden.

Despite a collapsed economy and severe international sanctions, there's a healthy mix of old Soviet and European beaters, imported luxury cars, and home-grown copycats plying the wide streets of Pyongyang these days. And as NPR reports, among them is a hardy band of 1973 Volvo 144s, survivors from a 1,000-car fleet that the North Koreans boosted from Sweden in the mid-1970s.

Back then, the country was flush with Soviet cash. That steady supply of aid plus a growing industrial economy convinced several Sweden-based exporters to invest in North Korea, and in 1974, the Swedish government agreed to send over $70 million in heavy machinery to the satellite state, along with that batch of 1,000 Volvo 144 sedans to serve as taxis. A year later, with economic ties deepening between the two countries, Sweden became the first Western nation to open an embassy in Pyongyang.

Unfortunately, the good times wouldn't last. North Korea's economy began to falter soon after, and though Sweden has maintained diplomatic relations with the country—much to the benefit of detained American citizens—the Hermit Kingdom never actually paid for all those Volvos. Citing the Swedish Export Credit Agency, NPR reports the interest and penalties on the debt for the cars has grown to a staggering $322 million over the last 40-odd years.

The Volvos aren't as ubiquitous as they once were in North Korea, but some are still in use as taxis. If the regime's unpaid parking tickets in New York City are any indication, though, it doesn't seem like Sweden will be getting its money or its cars back anytime soon. Not that the Swedes seem to mind: In a tweet from last year spotlighting one of the "stolen" cars, the Swedish embassy seemed more shocked by the half-million kilometers on the clock than its extralegal status.

In a scene right out of Grand Theft Auto, the N. Korean soldier was shot five times as he raced his jeep across the heavily militarized border.