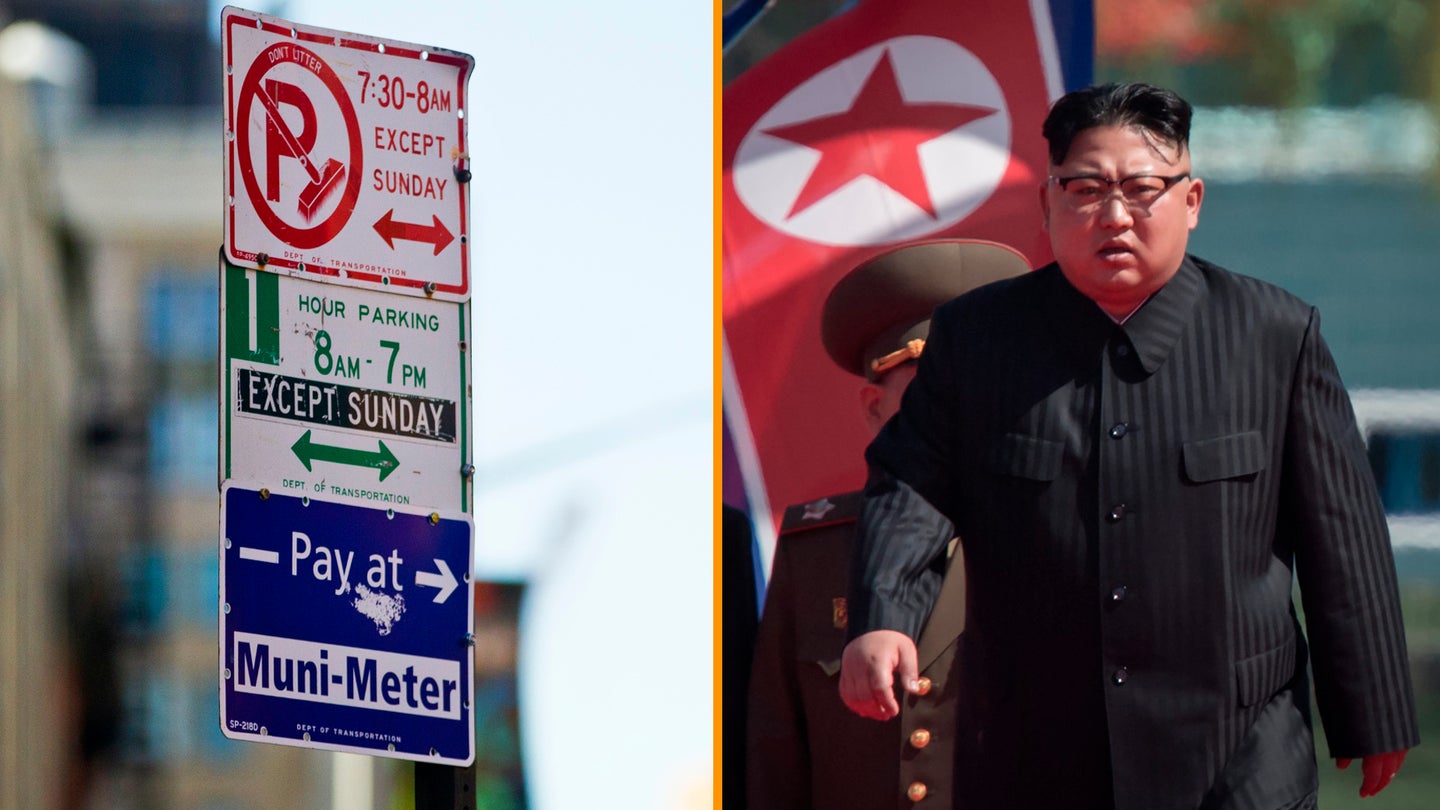 The world may be focused on Kim Jong "Rocket Man" Un's nuclear missile program, but a new report shows that North Korea is a rogue nation in more ways than one—its U.N. diplomatic mission in New York City has apparently managed to rack up $156,000 in unpaid parking tickets, according to NBC New York.

The staggering 1,300 (and counting) parking violations stretch all the way back to the 1990s, and the six-figure balance reportedly hasn't been touched. Even considering the city's byzantine parking laws, tallying up that much debt with what appears to be a tiny fleet of minivans takes a pretty wanton disregard for no parking signs. (No word on whether the whole thing is a slow-burn plan to bankrupt New York.)

NBC New York's investigative reporters tracked down a member of North Korea's U.N. mission, who disputed the figures by pointing to a 2002 agreement between New York City and the U.S. State Department that allows the city to pull diplomatic vehicles off the road over three or more unpaid tickets. But while the majority of the country's parking fines were incurred prior to 2002, that doesn't mean the debt is absolved, city officials told NBC New York. It's not clear why later violations hadn't resulted in plates being pulled.

It's not the world's most pressing issue—and North Korea is far from the only country with a giant unpaid NYC parking ticket balance—but it's also a bit of a slap in the face for average New Yorkers who aren't developing nuclear weapons and still have to follow the city's parking laws to a T.

"Trump needs to do something about that since he’s complaining about everything else,” said Sioban Huggins, a driver in Brooklyn, as she paid her own parking fine.

The State Department issued a statement to NBC New York saying they take traffic violations seriously, but admitting there are other considerations at work in deciding whether punish a diplomatic driver.

"This is a responsibility that we take very seriously, meaning we ensure that, irrespective to an individuals’ entitlement to immunity, there are consequences when a foreign mission member fails to comply with U.S. motor vehicle laws," the statement said. "With this said, it is important for police to treat foreign diplomatic and consular personnel with respect. It is not an exaggeration to say that police handing of incidents in this country could have a direct effect on the treatment of US diplomatic and consular personnel serving abroad."