My parents raised me and my sister in the church of Corvette. And like many such families, there exists a particular car holding a special place in our American story; for us, it’s the 1966 C2 Corvette my father bought brand new after getting engaged to my mother, whom he’d met on a blind date a couple of years before.

Dad’s Corvette was draped in Milano Maroon, a stunning shade of burgundy that was one of 10 colors from that model year. It’s taken on a legendary status in our family in large part because he only owned it for two years, for reasons both familiar and singular to his life. Like a first love, it’s something he’s never forgotten and misses deeply.

When the mid-engine C8 came out in 2020, my dad—now 78—and I talked about it numerous times. I knew I’d never be able to reunite him with that first C2, but I also knew getting him into a new one was something that simply had to happen. And a few weeks ago, I was finally able to hand him the keys to skip around Florida for a few days, marveling together at how far the Corvette has come from his experience over 50 years ago.

At 16, my dad lost his arm in a traumatic car accident. The driver was doing 110 mph when he lost control, and Dad was ejected from the vehicle, flung yards away, broken onto the asphalt. When he woke up in the hospital and the doctors told him that they had to amputate his right arm and place a rod in one of his legs, his first thought was that he was just happy to be alive. While he had been on course to join the Navy after high school graduation to follow two of his older brothers, Dad was forced to change course drastically. Instead of donning a uniform, he got his degree in accounting, met my mom, and started a family.

He never lost his taste for cars, though, and I was always amazed that he could drive a vehicle with a manual transmission with one arm. He’d press the clutch to the floor, reach over with his left hand and shift. Sometimes he let me move the gearshift from the front seat of our two-tone blue-and-white 1981 Chevrolet Citation. (I hated that car when I got my driver’s license; the clutch was unforgiving.)

He bought the Corvette in 1966 for the same reasons hundreds of thousands of young men did in the 1960s—it was cool. Unfortunately, it wasn’t meant to be. He sold it in 1968 after three minor fender benders, two of which were someone hitting it when it was parked. The third, well, the third came when he was driving behind my mom and rear-ended her car at a yield sign. Worried that his insurance would drop him, he decided to trade in the Corvette.

“It was an expensive toy,” he told me ruefully.

Its place in the garage was filled by a 1968 Chrysler New Yorker, an eight-cylinder, 350-horsepower beast. Fun fact: when I was born, the New Yorker wouldn’t start. It had to be pushed out of the garage for a jump so my mom could get to the hospital. Today, my parents are GM superfans. Currently there’s a 2014 Buick LaCrosse, a 2019 Buick Envision, and my dad’s beloved 2009 Chevy HHR SS in the driveway. Seems like a C8 would fit in just fine…

Ding-Dong: There’s a C8 at the Door

My family likes to prank and surprise each other. For example, my mother, sister, and I have a hideous antique pink ashtray with a poodle figurine perched atop one edge that we sneak into each other’s houses, and we laugh every time the next person finds it. So when I unexpectedly showed up in Florida at my parents’ condo for a few days in May, they were surprised, but not really. You never know what can happen at the Vander Heys’ house. The day after I arrived, I had the C8 delivered to our driveway.

“Dad, you have to see this outside,” I said, looking knowingly at my sister, who was in on the plan. “Mom, come check this out.”

When they saw the Corvette, my dad’s face lit up as my mom squealed. It was the moment I’d been waiting for.

Cloaked in Red Mist Metallic Tintcoat, the ‘Vette color was the closest I could get to the Milano Maroon of 1966. Other than that, however, nothing was the same as Dad’s former car. Powered by a mid-mounted 6.2-liter V8 matched to a quick-shifting eight-speed transmission, it puts out a healthy 490 horsepower and 465 lb-ft of torque. The C8 skates on a brand-new spaceframe and weighs in at 3,647 pounds, which is nearly 500 pounds heavier than the C2. It’s also seven inches longer.

For comparison, the 1966 Corvette was the first to get the 427 cubic-inch engine; options that year ranged from a 300-horsepower small-block 327 cubic-inch powerplant to the 425-horsepower 427 with a 350-hp and 390-hp version between. Dad chose the four-barrel 390-hp version because he “couldn’t see paying the extra money for just another 35 hp.” He knows this information by heart, 56 years later.

Dad wanted to trot the car out slowly, getting to know it a bit before wringing it out. Taking his time, he surveyed the interior and inspected the controls before starting the car. He noticed that the rear camera was clearer than in one in his Buick Envision, and he was delighted by the digital rearview mirror. A smile split his face when the engine roared to life.

As he drove it slowly around the block, the reverence was evident and I was silent, giving him a chance to bask in the sound of the V8. He was in thrall, though watching him I noticed how difficult it might be for someone with an artificial right arm to use the touchscreen and the big central waterfall of right-oriented buttons. He never complained once.

We cruised to Mario’s, an Italian market where people pronounce sausage as “saw-sage” with a thick New York accent and it’s easy to spot the frequent shoppers. They know exactly what they want: cannoli, meatball sandwiches, homemade pasta, pizzelle, and other goods you can’t find anywhere else. At least, not in that town. Dad remarked that he wished the C8 had a stickshift, but he appreciated the lightning-fast automatic shifting and acknowledged the technological improvements from the C2. When he had his ’66, he kept the speed in check as he rowed through the gears. Well, most of the time, anyway.

Florida, like California and Arizona, is a state where cars and people go to retire. There’s no shortage of flashy vehicles of all shapes and sizes, certainly. Yet as we drove down Tamiami Trail, heads swiveled and people took pictures of the ‘Vette from their own cars. Corvette enthusiasts are giddy when they see us, as if Ryan Reynolds just walked by. Dad is a quiet Dutchman, and glitz is not his go-to mode. But he ate this up.

“When I picked up my ‘66, at every corner people would watch me go by,” he said.

Before heading toward Captiva Island for dinner, my mom and sister trailing in the Envision, I pulled off the overhead panel after briefly consulting YouTube and threw it in the trunk. It was surprisingly easy for me to do it by myself; it only weighs about 15 pounds, after all. We parked it in front of the Key Lime Bistro where Dad could keep an eye on it while we ate our coconut shrimp and crab cakes.

The C8 isn’t a perfect car, but it’s evidently perfect for my dad even though it’s somewhat difficult for seniors to get in. We drove the car down the block to visit his friend Bill, and when Bill sat down to get behind the wheel, he couldn’t swing his bum knee around to make it work.

“Well, I guess it’s better to know before I buy it,” Bill said.

This Corvette generation is decidedly driver-centric; the controls and the infotainment screen are canted toward the driver’s side and the passenger is walled off by a row of buttons and toggle switches. While the frunk and the trunk have more room than you might think (12.6 cubic feet total), there is definitely no wiggle room for extra passengers like there was in the 1966 version. Years before I was born, a few of my cousins got to ride in the “luggage area” of the second-generation Corvette, which had a carpeted space behind the seats. With the dog along too (a Chesapeake Bay retriever named Kasha that was my parents’ first baby) that was one full sports car.

“If you could have any Corvette of any era, which would it be?” I asked my dad on the long oceanside drive back through Captiva and Sanibel.

He thought about his answer for less than a second.

“This,” he said. “The C7 was nice, but before that they were generally underpowered.”

Then he added with a grin, “In this one, we could do doughnuts pretty easily.”

So we whipped around an empty parking lot a few times under the guise of testing out the turning radius.

Yes, the car is gorgeous and powerful, and what Chevy has achieved with it has been impressive. But for me, it’s not just that. It’s the bond I have with my dad and the opportunity to share this moment in time, our appreciation for the legacy and the future of the car, and the lives we've built as a family. Finding a way for my dad a chance to pilot the new Corvette was a gift meant to show him just how much he means to me. It was worth every second of the wait. 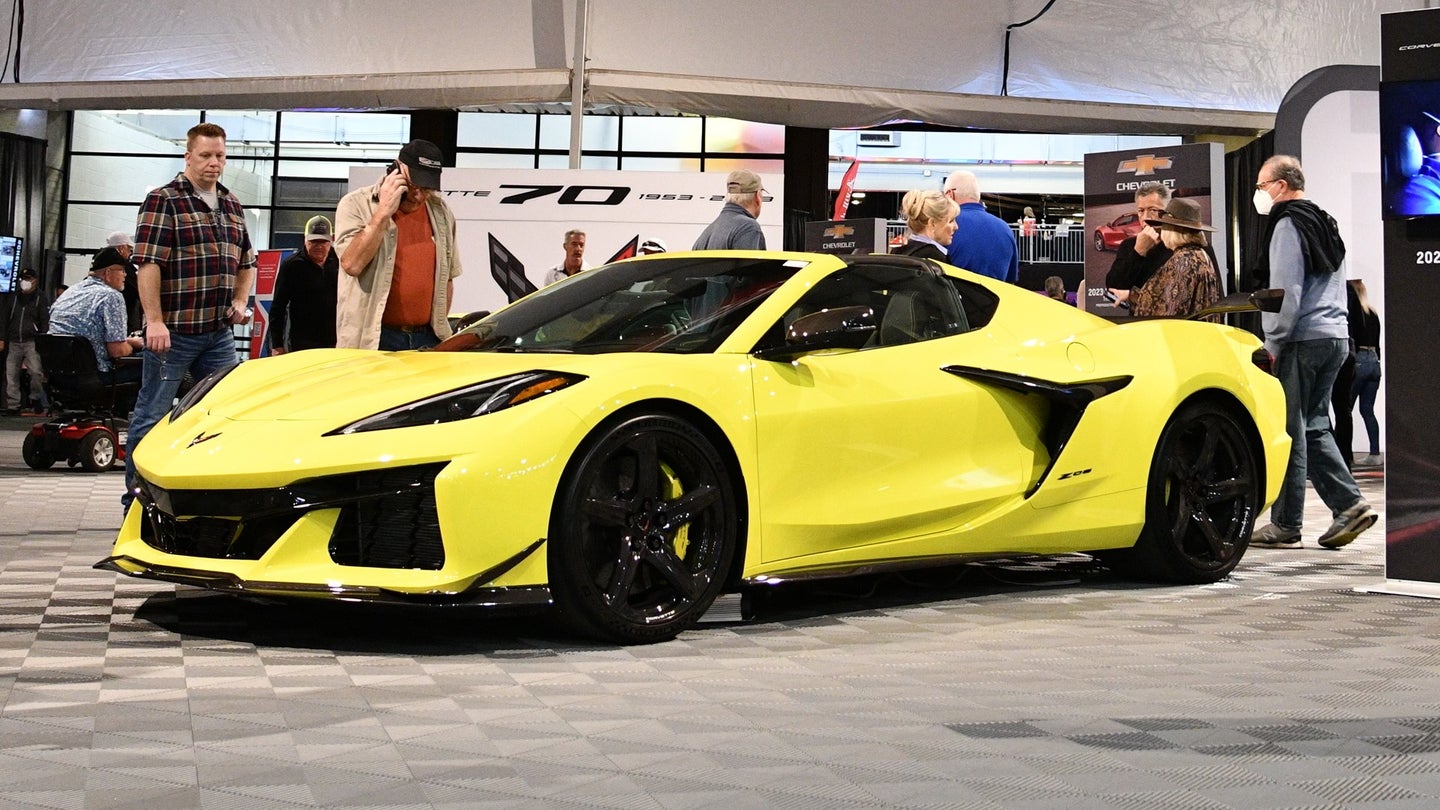 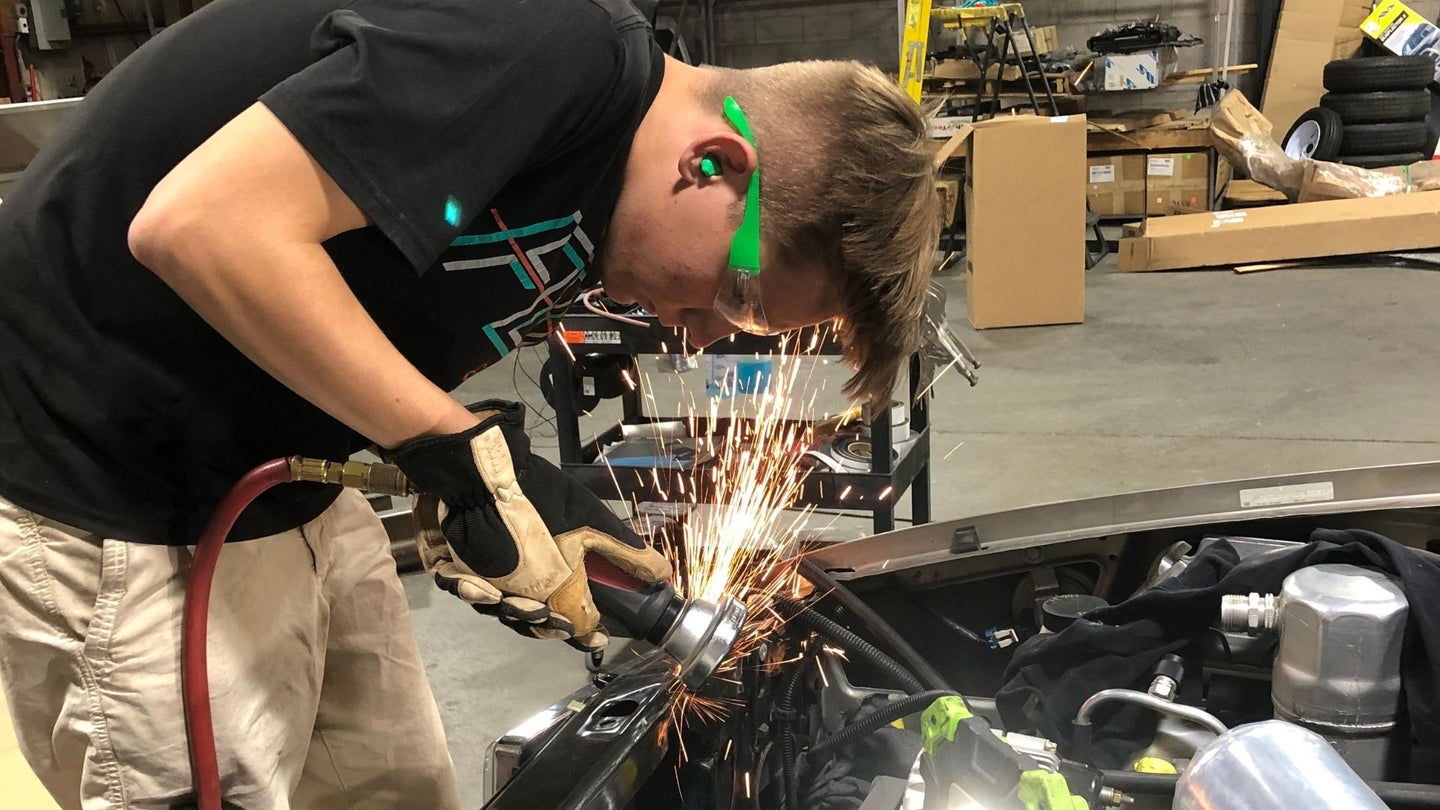 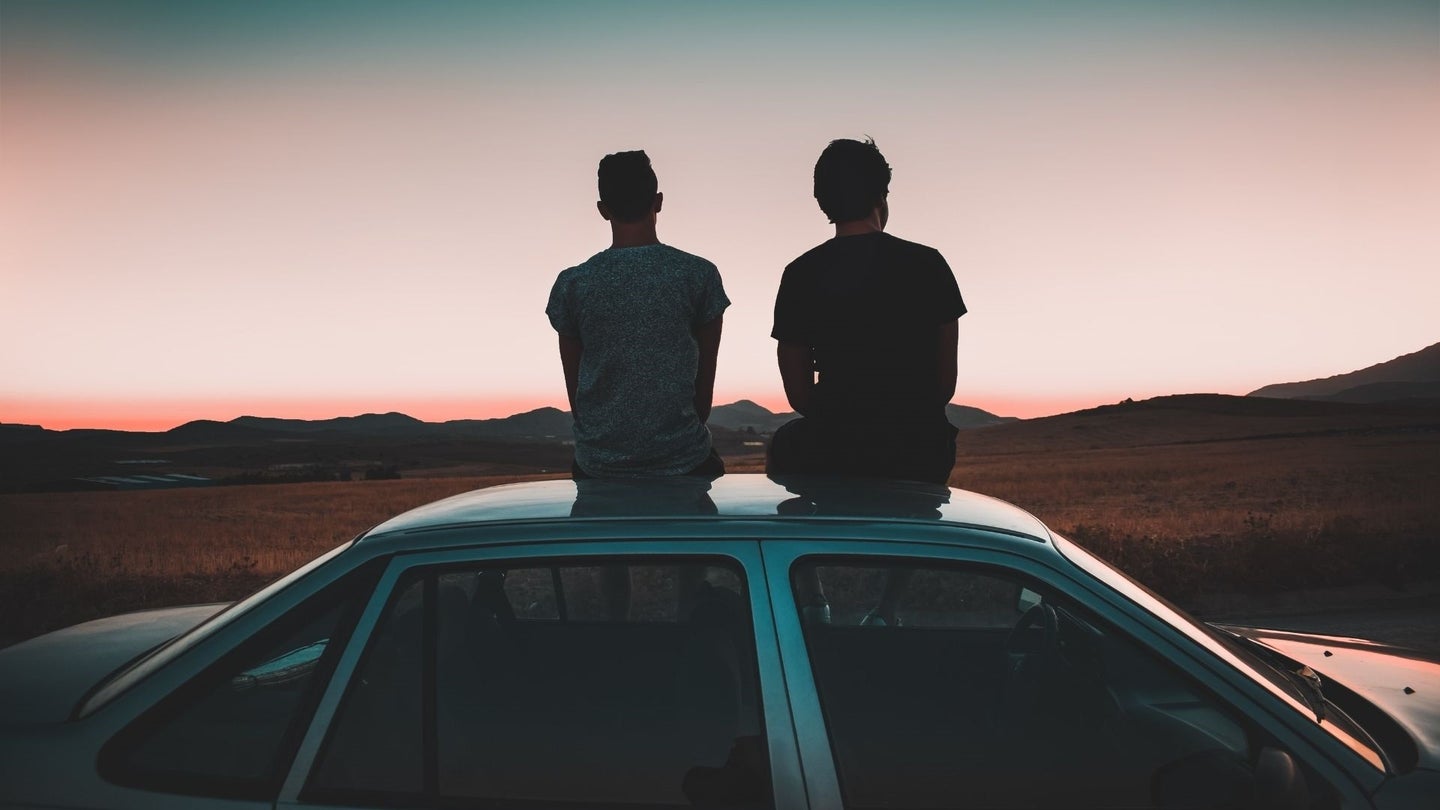 What Did Your Dad Teach You About Cars?

Some fathers have played a big role in our love of anything with an engine.