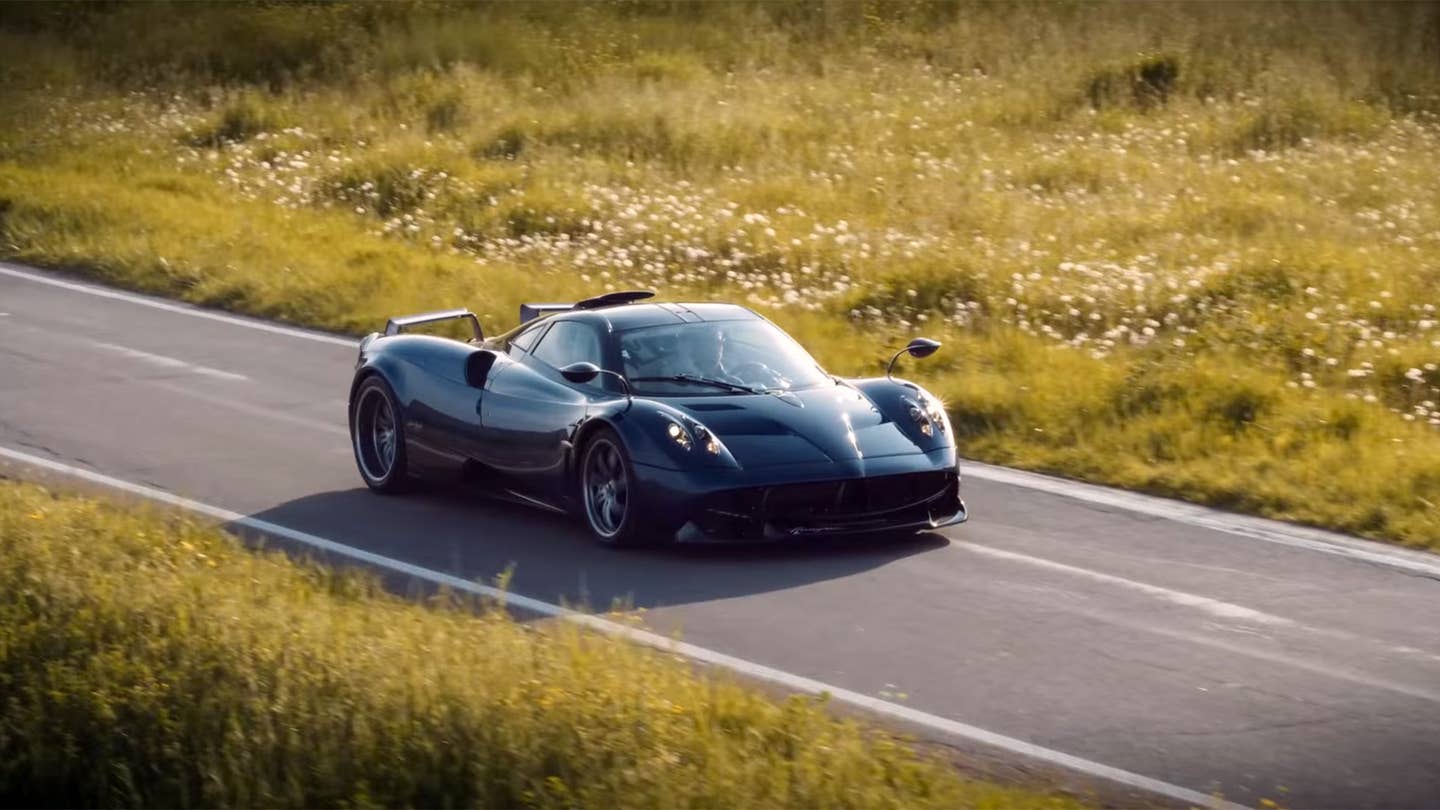 Tiny boutique automakers like Pagani—Modena, Italy's other manufacturer of exotic sports cars—don't churn out model after model like the way, say, Honda, overhauls everything after two years on the market. That would require a huge amount retooling and redesign that the company just doesn't have, or need. Because when your company produces something as mighty as the Huarya, a carbon-fiber road-shark with an AMG-sourced biturbo V12 and titanium switchgear, customers stay satisfied years into a production run. It's hard to get bored of filet mignon, you know?

Still, Pagani likes to keep the automotive spice at full-heat—and the media coverage on an even boil. Enter: special editions. The first factory-modified Pagani Huarya was La Monza Lisa, with tri-color racing stripes, a bright red interior, and a carbon-fiber firewall for, yes, more vibrations. Then, the Pagani Huayra 730S, with exposed carbon fiber body work and gold wheels. This year in Geneva the company unveiled the Huarya BC, a tribute to Horacio Pagani's late friend Benny Caiola, featuring 60 more horsepower, even lighter carbon fiber, and a special rubber compound in the Pirellis.

Now, there's the Pagani Huarya Pearl, a one-off, motorsports-specialized edition made for French exotic car dealership Refined Marques. The Pearl gets special blue paint plus a roof-mounted scoop, bisected rear wing, long front spoiler, and gunmetal grey wheels. That's on top of tweaks that the factory says generally improve ride, speed, and handling. Price is unknown, and irrelevant, as the car was commissioned through the dealership by a customer.

Limited to 100 units per an agreement with engine supplier AMG, the Pagani Huarya is near the end of its run. But with the Pearl, and the upcoming roadster variant, Pagani has assured the car will zoom off in a bespoke blaze of glory.