The beauty of the automotive industry is the trickle-down effect: the new C-Class benefits greatly from tech from the S-Class.

The Mercedes-Benz C-Class has been around since 1993, or in layman terms, forever. It has always been a solid leg of the German mid-size sport sedan triumvirate, along with the BMW 3 Series and the Audi A4. But Mercedes-Benz is usually a step ahead in tech and safety features, and this new C-Class is no exception. The 2022 C300 4MATIC follows the thread, with an extra helping of S-Class sauce to spruce it up.

The trickle-down effect is one of the best parts of the automotive industry. The latest fifth-generation Mercedes-Benz C-Class—known internally as the W206 generation—is an amalgamation of great features gleaned from previous great cars, all trickling down into one quite capable pool. It’s an all-new platform with technology and engineering borrowed from higher-spec models—and with a full exterior redesign and a multitude of technology upgrades—the new C is poised to be a qualified contender against its other German competitors. Based on a rear-wheel-drive platform, the new C boasts a 48-volt mild-hybrid system that helps improve gas mileage, along with providing an extra 20 horsepower and 148 pound-feet of torque at lower rpm for a short period.

In terms of the latest design: The front end is very familiar when seen next to the E-Class or CLS. The lower, wider grill is accented by the thinner and wider headlights. Mercedes calls this a “cab backward” design, meaning the windshield and passenger compartment have been shifted further back than in previous models. It looks good. The rear end gets a bit more of that S-Class stuff in the form of two-piece LED taillights. Especially from a rear-quarter angle, it really does look like a smaller S-Class.

Leaving Los Angeles, heading south in midday traffic on the 405, I took a moment to appreciate the stellar interior design of this new C-Class. Borrowing heavily from the S-Class, the interior lines are pleasing to the eye. The 12.3-inch digital dashboard display can be configured in any number of ways to show gauges, maps and entertainment information. In the center of the dash is another large 11.9-inch portrait-style screen, oriented slightly toward the driver and running the latest MBUX entertainment and navigation system. Blasting some “recently liked” songs through the Burmester sound system is an aural treat; crisp trebles and deep bass are perfect for drowning out my horrific singing voice.

The turbocharged four-cylinder puts out 255-hp and 295 lb-ft of torque at peak. An all-new standard Integrated Starter Generator adds an electrical motor system to the drivetrain. This electrical system can provide a power boost for a short period during full-throttle acceleration, but also helps during normal driving to improve gas mileage. Top speed is limited to 130 mph, and this four-cylinder is currently the only engine available with the new C-Class, with an option to add the 4MATIC all-wheel-drive system for an additional $2,000 over the base price. One transmission is offered at launch, the 9G-TRONIC nine-speed automatic transmission. It’s manipulated through steering-wheel-mounted paddles and boasts a 30 percent weight decrease from the previous transmission.

Trying out as many features as I could while we dawdled along some slow roads, I found almost everything ergonomic and easy to use. My main gripe centered around the volume control. Mercedes has gone the “Tesla Yoke” way and turned volume control into a non-haptic area on the steering wheel: you must slide your thumb back and forth to increase or decrease volume. I hate constantly trying to slightly increase or decrease the volume. I prefer a knob, but I’ve always been a bit of a Luddite. My favorite aspect of the interior was the “airplane-inspired” HVAC ducts on the center of the dash; they looked almost ’50s space-age-esque, and I loved that.

Cresting a hill and seeing a valley of vineyards and little squiggles of road snaking off into the distance, I clicked over to Sport+ mode and swapped to manual shifting—but found the transmission worked best left to its own devices in automatic mode. It seemed to do a better job estimating what power I wanted, and when, in automatic mode than it did in manual mode. I had a few instances during some spirited driving where I put my foot to the floor on corner exit and was greeted with very little acceleration, only finding the torque after a downshift or two. The added 20 hp and 148 lb-ft of torque from the EV boost were most apparent when getting into the throttle at low rpm; that was especially appreciated since this is the first C-Class to feature a four-cylinder as its sole engine offering.

All of this is great for fuel economy, with the car returning 23 mpg in the city and 33 mpg on the highway, but the motor lacked any amount of soul. Wind it out and the power plateaued toward the top of the rev band, with not much to say in terms of engine sound. It worked best in low-mid rpms, where you can ride the torque wave between the EV fill and the turbo-boost happy place. Mercedes says zero to 60 should arrive in 5.9 seconds, but with most of the torque arriving so low in the rev-band, it feels a bit quicker.

Powering through some properly twisty patches of pavement, putting the improved 4MATIC all-wheel-drive system to work over sandy and rutted patches of dry creek beds, the chassis was more than competent. More of that trickle-down effect in action, as the new C300 benefits from updated suspension geometry ported over from the S-Class. As a result, the chassis stood out as a comfortable cruiser in the best Mercedes tradition but could handle the backroad dance with equal ease. It felt very flexible and balanced, easily handling whatever the road threw at it. A welcome case of having more chassis than power.

Steering the car in Comfort mode, on the highway, the effort was light in that familiar Mercedes way. In Sport+ on a back road, pushing the car harder, the steering weighted up nicely and provided decent, if not a bit muted, feedback from the road. Diving into tight corners, the brakes shone as a confidence-builder. I did have one erroneous emergency auto-brake situation in traffic, which I believe was caused by following the car in front too closely, and an errant sun reflection from the front car. It was alarming, but I place the blame on myself.

During some traffic-choked commuting hell, I wanted to try out the latest Mercedes DISTRONIC system, also known as adaptive-cruise, with new-for-the-C-Class additional lane-keeping technology. My hands lightly on the wheel and feet hovering over the brake, I let the car do its thing. It was only a few moments before I had to give a steering input after entering a construction zone with shifting lanes, bad road markings and heavy congestion—probably not the ideal first test. I switched back to analog driving until I had a better feel for when and how to use the assistance features.

Later on, I asked Mercedes-Benz Product Manager Paul Harmon when and how to take full advantage of the L2 driver-assistance features. I told him I tested it driving fast on a congested highway with poor road markings—probably the most challenging set of conditions. Harmon said he uses the system almost daily during his commute, and that optimal conditions are below 40 mph on a well-marked highway; congestion shouldn’t be an issue whatsoever. He encouraged me to give it another go on my drive home the next morning.

So I did exactly that early the next morning as traffic slowed to a crawl on I-5 amid inevitable rush-hour congestion. With a hand rested on the bottom of the wheel, not manipulating the input, the DISTRONIC and lane-keeping systems did a truly impressive job driving the car under 40 mph. Trust came quickly, and I was able to focus on other non-driving distractions. Then the car gave me an alert since I’d been driving for a while: I should consider an “alertness break.” I can see the L2 semi-autonomous being a very attractive feature for those saddled with slow commutes.

Clocking in at a base price of $44,600, the all-wheel-drive test car was fitted with an additional $16,520 in optional equipment for a total of $62,070. The highest dollar option added to this car, at $3,050, is the “AMG Line with Night Package” which adds Sport Suspension, Sport Steering System, and blacked-out windows, a grille, mirror trim, and a few other nonperformance-related cosmetic items. Coming in a close second are the driver assistance options, costing $2,900 for a full suite of intelligent driving aids that can amount to L2 semi-autonomous in specific situations.

This 2022 Mercedes-Benz C300 is a well-rounded sports sedan with an attractive exterior design. The interior plays into a much higher-end segment than what the BMW 3 Series or Audi A4 currently offer, and provides a modern, luxurious feel. The technology options Mercedes has assembled are quite likely the most impressive part of the new generation C-Class, though you will certainly be paying a premium for those features. With such a good platform and baseline, however, this drive has only further wet my whistle for the forthcoming C63 AMG, rumored to pair a tuned-up four-cylinder engine with a more powerful EV motor.

Driving this car was a pleasant experience, like going to brunch is a pleasant experience. You can choose any number of places to get a similar experience. But buyers who are familiar with the way Mercedes prides itself in bringing new technology to vehicles will fawn over all of the additional baubles. It’s what keeps fans of the brand going back—now in a smaller, more manageable package that’s no less great.

Jonathan Harper is a photographer and writer based in Los Angeles, California. 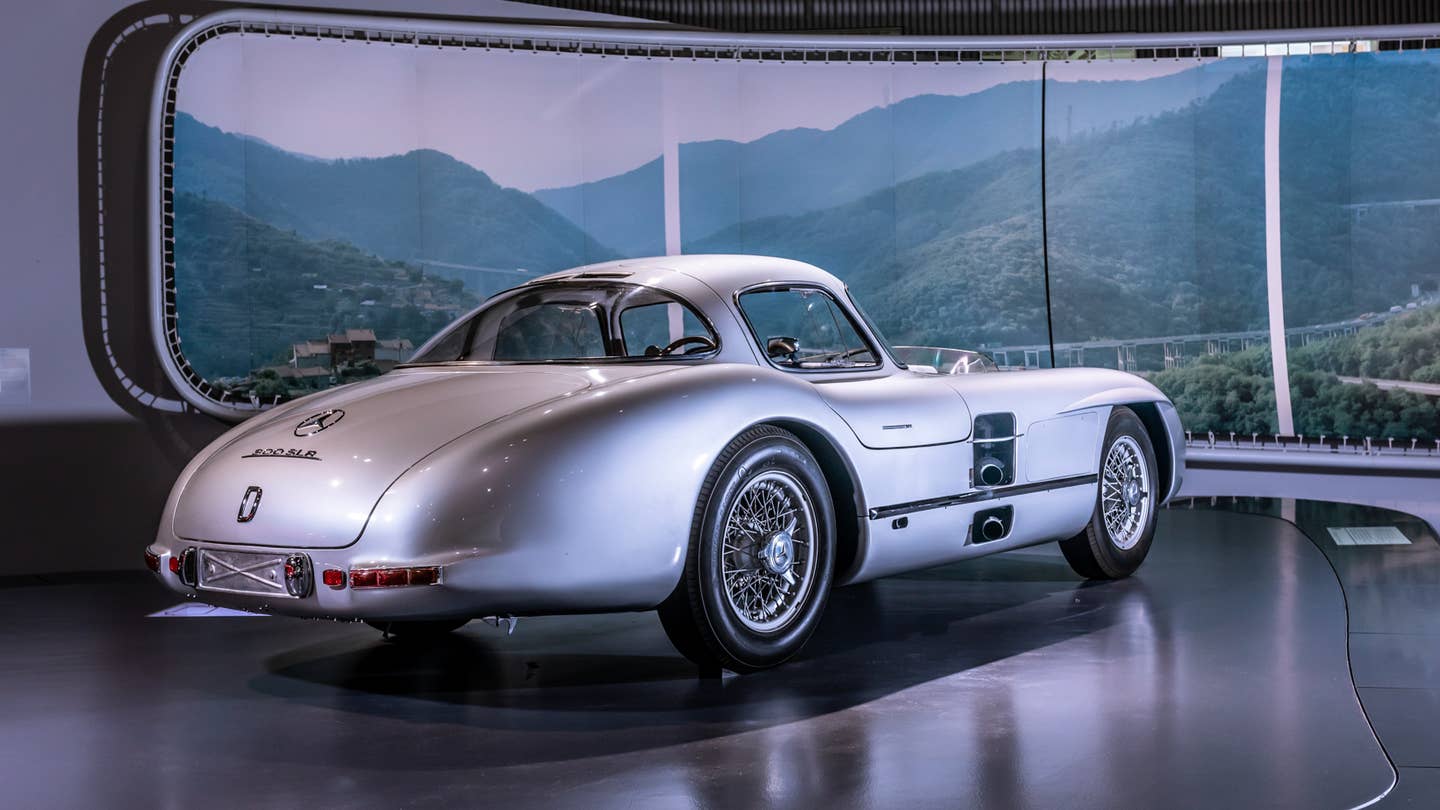 The one-of-two gullwing W196S is rumored to have nearly tripled the previous record. 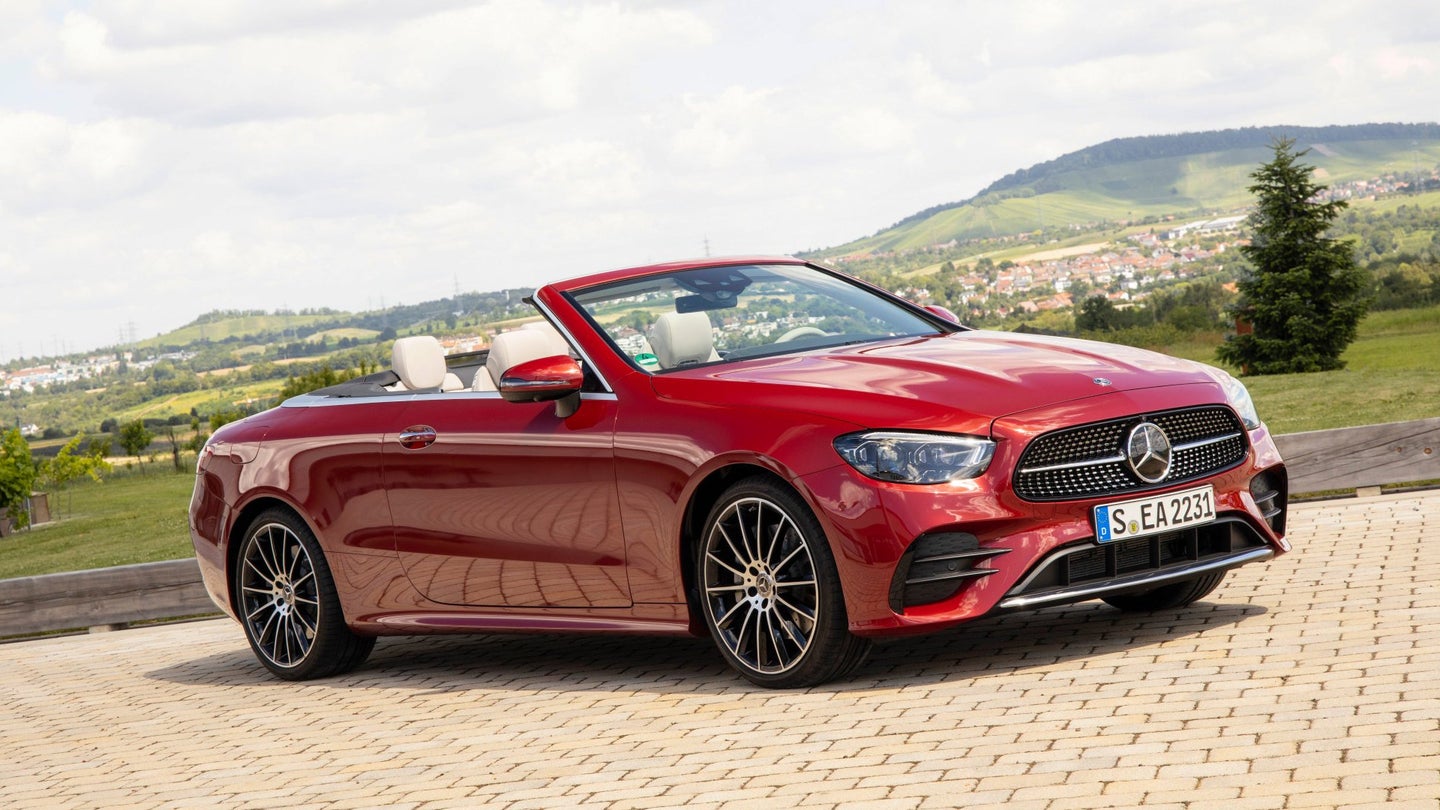 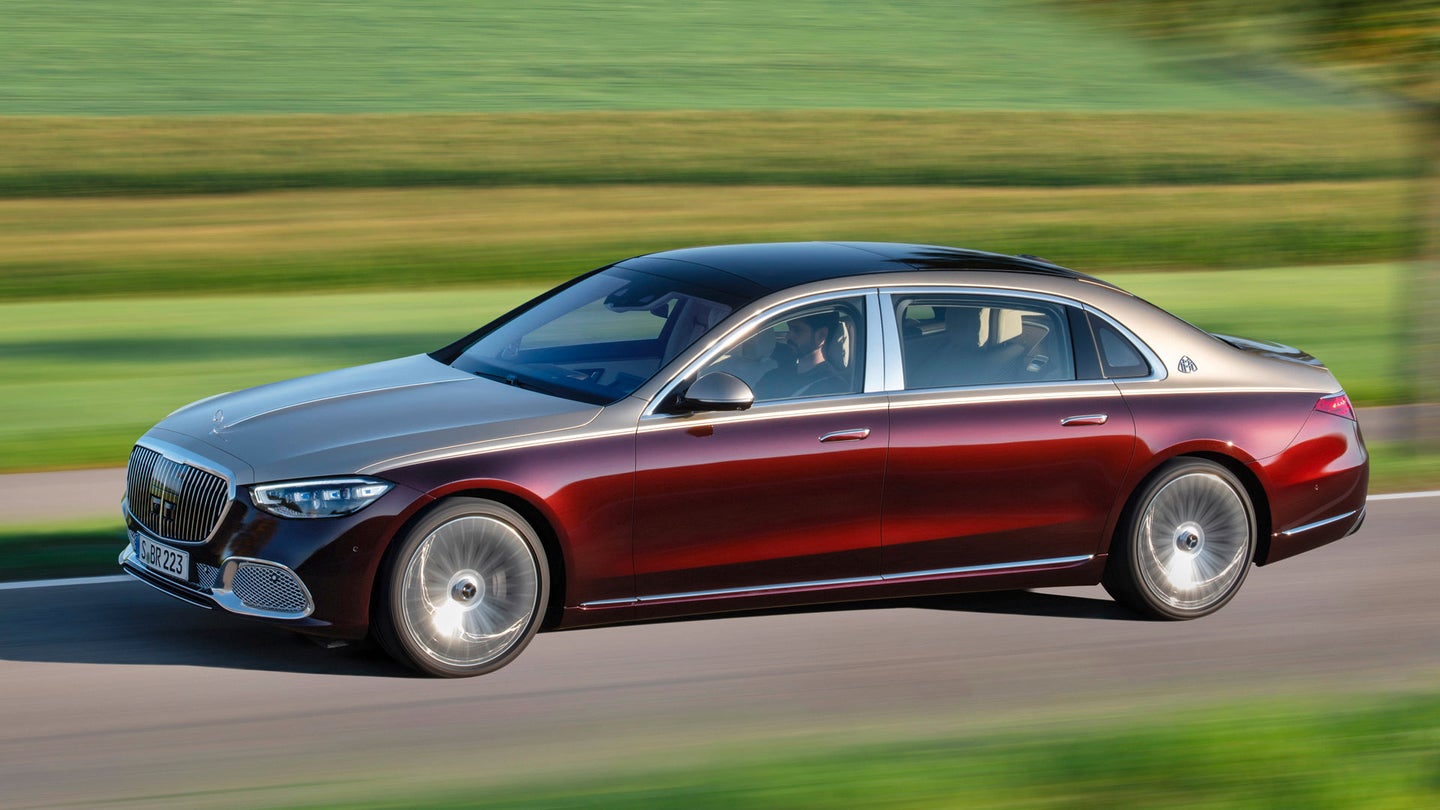