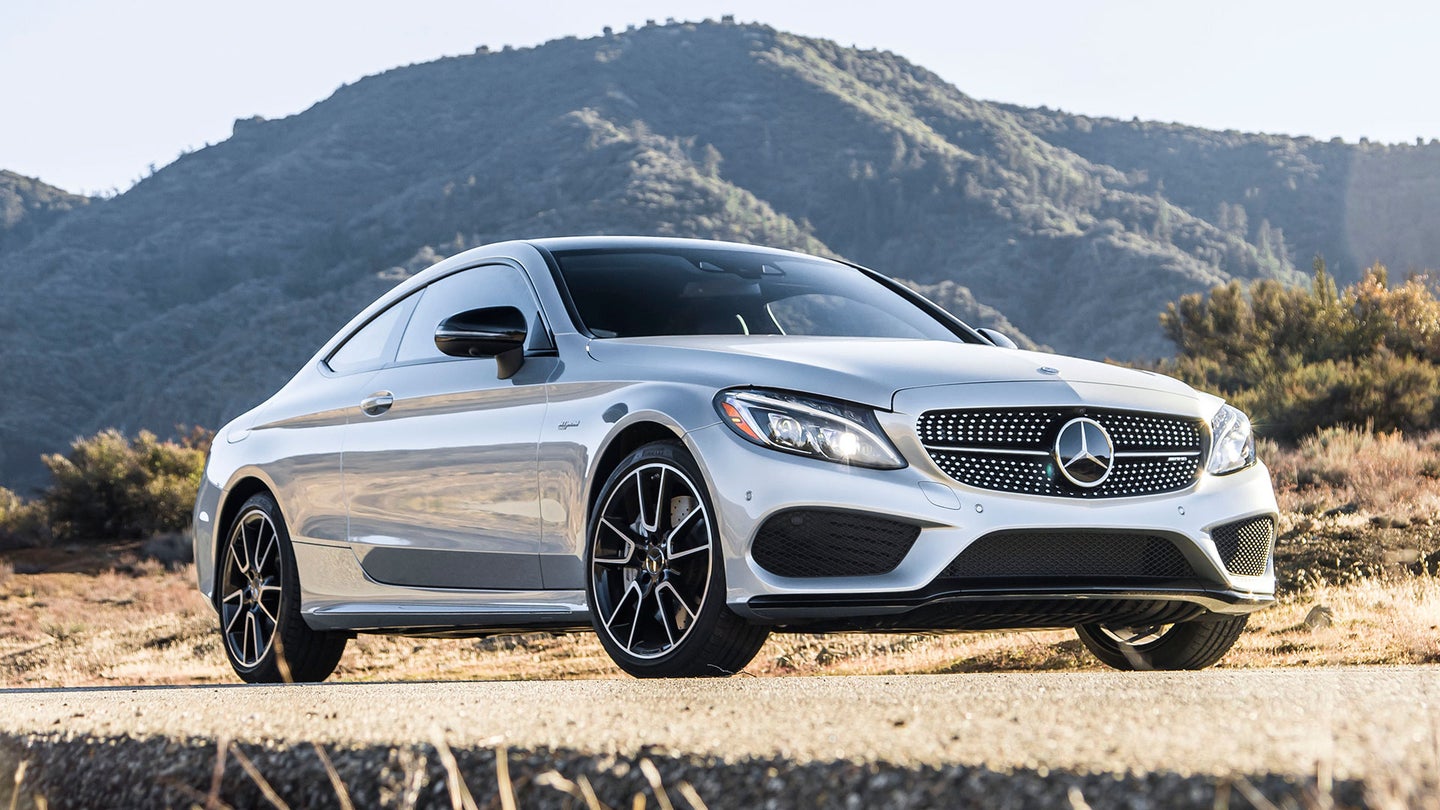 This week, The Drive is out in Los Angeles testing out Mercedes-Benz's lineup of new AMG 43 vehicles—coupes, sedans, convertibles, SUVs, and whatever the hell the GLC Coupe is. So rather than deluge you with one massive post on all of them, we figured we'd split it up into separate posts with our off-the-cuff first impressions from each car. First up: the 2017 Mercedes-AMG C43 Coupe.

1. Damn, this car looks good. Every C-Class coupe does, to be fair, but the AMG tweaks give it just enough extra panache to take the design from pretty to gorgeous. (Though I might quietly retrofit mine with a C63 grille, if I could.)

2. It smells fantastic in here. Especially if your car, like our tester, has the Air Balance feature pioneered on the S-Class, which wafts a gentle scent of your choosing into the cabin through the vents. It's like Aphrodite's version of new car smell.

3. The instrument panel seems off-center. The steering wheel and seating position feel like they're oriented an inch more to the left than the gauges. Which I don't recall being the case in the last C-Class I drove, but that was a sedan. It's not a deal breaker, but it does bug you for the first couple miles. (Well, it bugged me, at least.)

4. With the optional sport exhaust, the AMG-massaged V6 sounds like an old Infiniti G37. Which is to say, it sounds spectacular. It's a throaty, nuanced tenor song, a welcome note of subtlety in a world where carmakers are trying to dial as much aggression as possible from their tailpipes. (Looking at you, Jaguar.)

5. The difference between drive modes is immediately noticeable. In some cars, you can toggle back and forth between the choices for the adjustable driving systems all day long and never figure out if anything feels different. In the C43 Coupe, it's obvious. Flip from Comfort to Sport, or Sport to Sport+, and the changes in throttle sensitivity and steering feel would be apparent even to a teenager whose permit was still warm from the laminator.

6. But the stop/start system flips back on whenever you change modes. Turn it off in Comfort, then switch to Sport, and boom—the engine goes dark at the next stop light. The only exception is when you put it into Sport+, but that setting is aggro enough that you don't want to putter around town in it.

7. It's every bit fast enough to earn the letters AMG. The all-wheel-drive lets the car make the most of its 362 horsepower and 384 pound-feet of torque in a way the more powerful, RWD C63 rarely can. Unlike that car, the C43 never feels like it's fighting itself; mash the throttle and it just goes, hard enough to slug your skull against the headrest. It's almost Tesla-like in its immediacy. And it's addictive.