Yeah, 396 horsepower will do just fine for now. 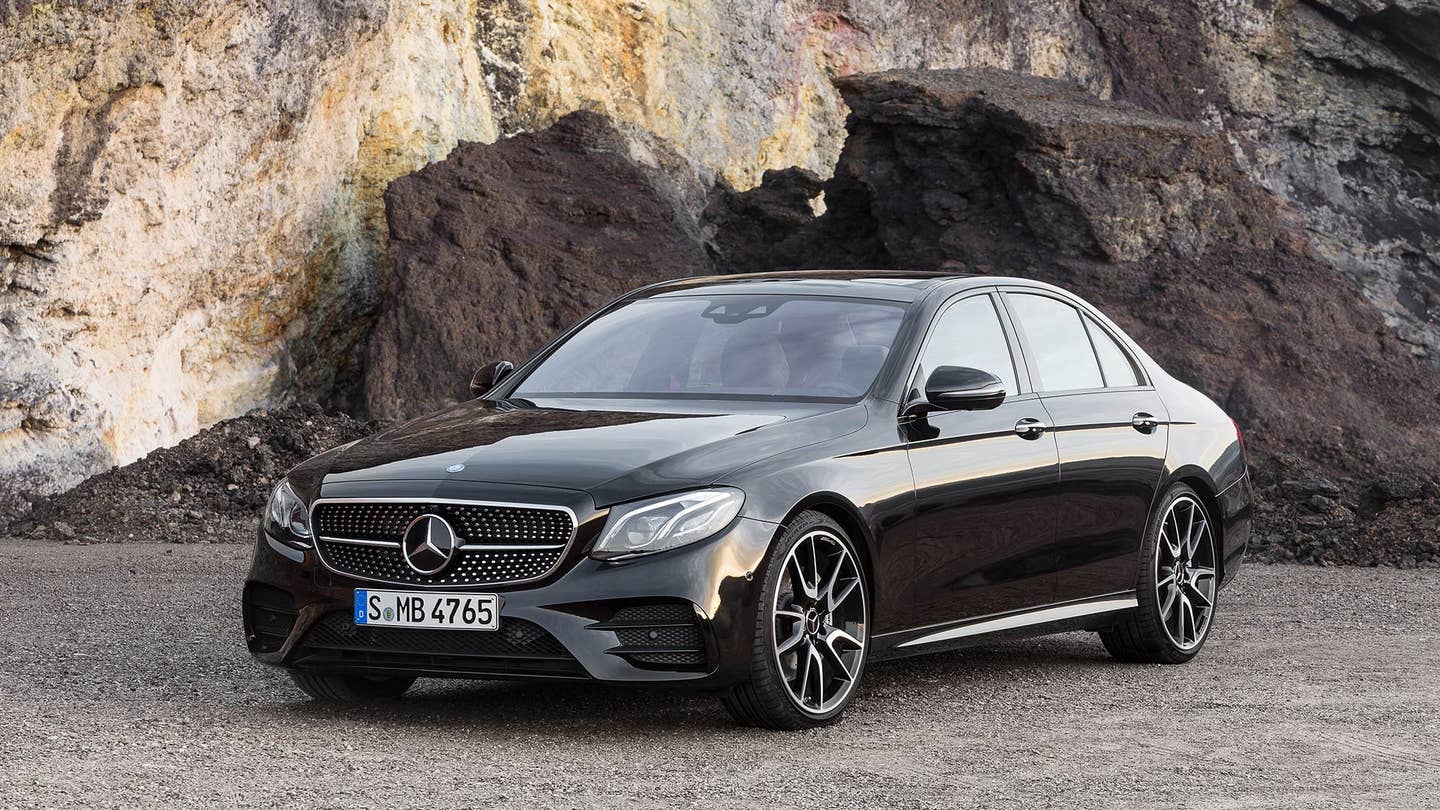 The inexorable march of Mercedes-Benz progress means that, once an all-new model arrives, it’s only a matter of time before AMG versions start crawling out of the woodwork. And with the all-new 2017 Mercedes-Benz E-Class arriving in showrooms shortly, Mercedes has decided the New York Auto Show is the ideal venue to reveal the Mercedes-AMG E43.

If you, like us, were hoping Mercedes would reveal the full-blown AMG first and the half-caf version second, well, this is a bit of a let down. But, rest assured, the E43 is more than peppy enough to whet the world’s appetite until the redonkulous V8 E63 version shows up.

The E43's 3.0-liter twin-turbo V6 uses the same design as that in the C43, save for larger turbochargers and updated software. The result is 396 horsepower and 384 pound-feet of torque. That's routed through a nine-speed auto transmission to all four wheels, allowing the Mercedes-AMG E43 to go from 0 to 60 mph in 4.5 seconds. Find a long enough straightaway, and this mid-sized Merc will hit an electronic governor at 155 mph.

The E43 isn’t just a high-speed highway keister-kicker, though. The AMG-tuned all-wheel-drive system sends 69 percent of its power to the rear in normal operation, which should translate to opportunities for plenty of oppo. The standard air suspension has also been tuned by AMG, both for sportier responses and more neutral cornering behavior. And once slapped into manual mode, the nine-speed will hold gears until the cows come home, no matter how much you bounce the engine off the limiter.

Outside, AMG chose to keep things subtle. A single-bar diamond grille with chrome pins, unique 19-inch wheels, an understated quad tailpipe arrangement, and the barest hint of a rear spoiler set the E43 apart from lesser, four-cylinder E-Classes. The interior is even more low-key, with only sport seats, red accents and a flat-bottomed steering wheel to render it special. Bizarrely, leather upholstery is optional; the E43 comes standard with “MB-Tex/DYNAMICA” upholstery, which is Mercedes-ese for “faux leather and microsuede.”

In spite of its March 2016 world debut, the Mercedes-AMG E43 isn’t expected to hit the streets until early 2017. By which time, hopefully, we’ll know what the E63 is packing.