The E-Class Coupe is as good as the E-Class sedan, but with two fewer doors. 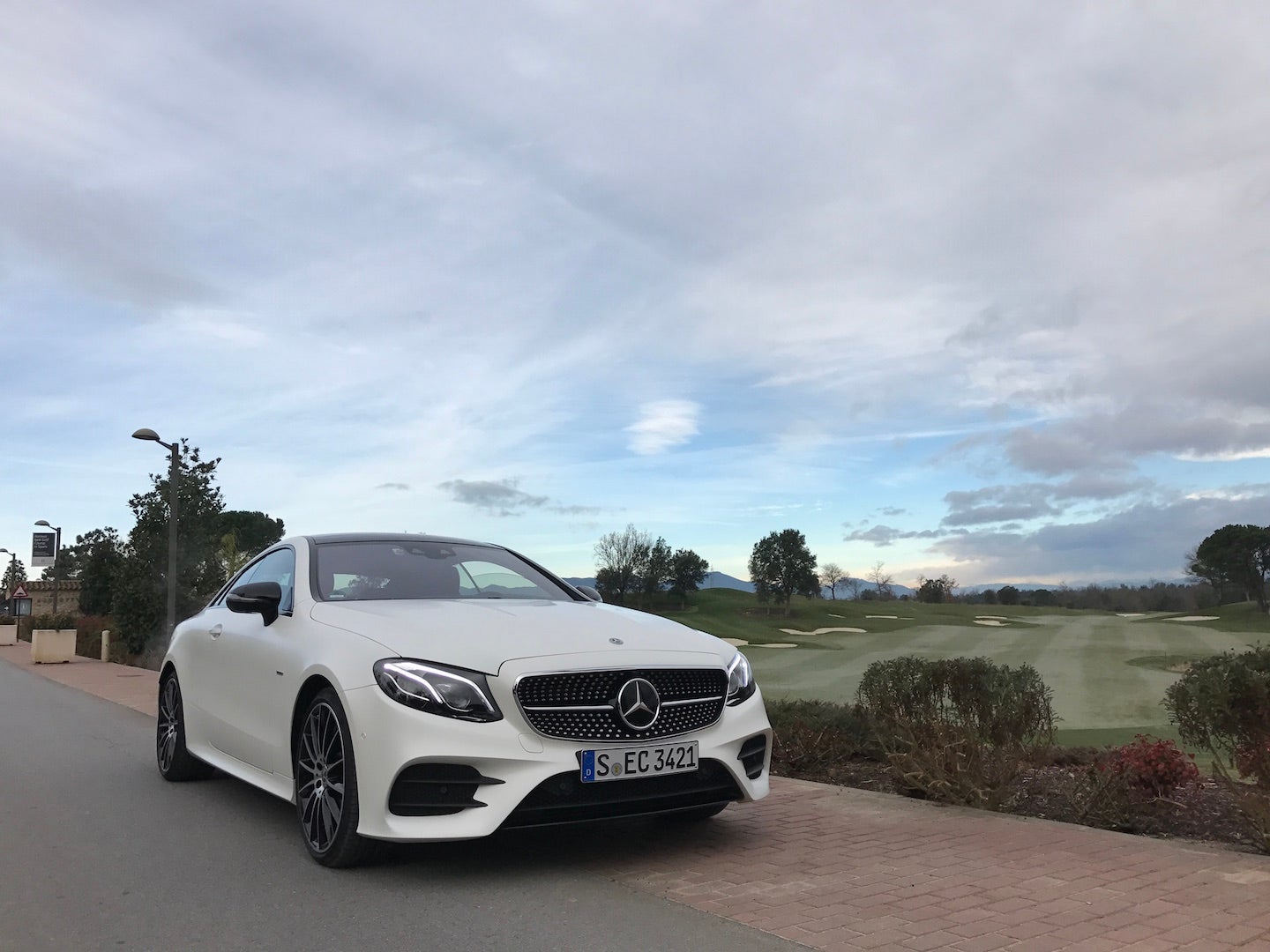 Mercedes-Benz has reached a point of hyper-competence that I find infuriating. They have spent nearly a decade growing and growing and growing their product line. Now, there are at least 54 model variants in American showrooms. They have added Hungarian-built CLA/GLA starter cars, they have expanded the AMG tuner line without sacrificing that much edge. They’ve replaced old great engines (the 6.3-liter twin-turbo V8) with new great engines (the 4.0-liter twin-turbo V8). They’ve expertly rebuilt their flagship E-Class sedan. Gorden Wagener, Mercedes' Chief Design Officer, has redrawn the brand's design language with a deft hand and nary a misstep.

There's more: Mercedes has handily walked away from its closest sales competitor (BMW), won a couple Formula One championships, and even cracked the impossible code on designing the only pleasing crossover in the world competition (that’d be the comely 2017 Mercedes GLC).

Which brings us to the E-Class coupe, a car that is like the E-Class sedan—which is to say, it has deployed some of the most articulate, minimalist design and smartest technology you'll find on the road. What makes the coupe different? Well, for starters....

Why is this important? Because other than that, there aren’t that many things that differentiate the E-Class sedan from the E-Class coupe. But that's a good thing, because the E-Class sedan—with its elegant, pared down interior, a game-changing LED screen that crawls two feet across the dashboard, and a suite of driving assistance hardware that sets the industry standard—is a shining example of what a luxury sedan should be. The coupe has all that, just with two fewer doors.

2. The back seats are actually comfortable

One of the things I like about the E-Class sedan was its voluminous rear seats. You can actually stretch out and make it through a long haul without inducing deep vein thrombosis. Who ever thought a coupe would be able to fit a quartet of reasonably sized adults?

3. Who buys a coupe these days, anyway?

Nobody, really. According to Automotive News, in 2015 coupes accounted for just 2.6 percent of car sales in the United States. That's down from three percent the previous year, and 3.3% the year before that. It's a car for a market that doesn't really exist anymore. But that makes it even more impressive that Mercedes went to the trouble to make an exceptional version.

The E-Class sedan has four vents in the center of the dashboard. They are elegant, unobtrusive, and match perfectly the interior design. If I didn’t ask you to look at them and tell me what you see, you probably would never even speak of them. Mission accomplished. But the main difference between the E-Class sedan and coupe are the air vents, which are designed to evoke jet engines. The effect, however, is that they look a bit more like puckered rosettes that have been painted silver. I have no idea how this detail made it through the design process, but there you have it.

Mercedes has always had a nice, albeit at times odd, perspective on windshield wipers. When other luxury sedans had two blades, Mercedes went with one, a herky-jerky thing that appeared from the outside to lurched across the windshield. They were also among the first to put tiny windshield wipers on the headlights (Saab beat them to it with the 99). Now, Mercedes has “Magic Vision Control,” which means the wiper blades have 30 tiny holes drilled into them, and when you deploy the washer fluid it looks like the window are being cleaned without any fluid. Presto!

The first "pillarless coupe" of Mercedes' modern era was the fantastic S-Class coupe from last year. It was a winning formula, so why change it? Lower both the front and rear windows and you have a wide-open aperture for crawling out of the car at high speeds.

Consider this the antidote to everything coming off the Lexus factory line. Where Lexus designers wondered if there was just one more

line they could introduce to the brobdingnagian geometries of their new cars, Mercedes' Wagener sought to remove needless contours from the E-Class coupe and simplify the sheetmetal. The result is dignity and poise on four wheels.