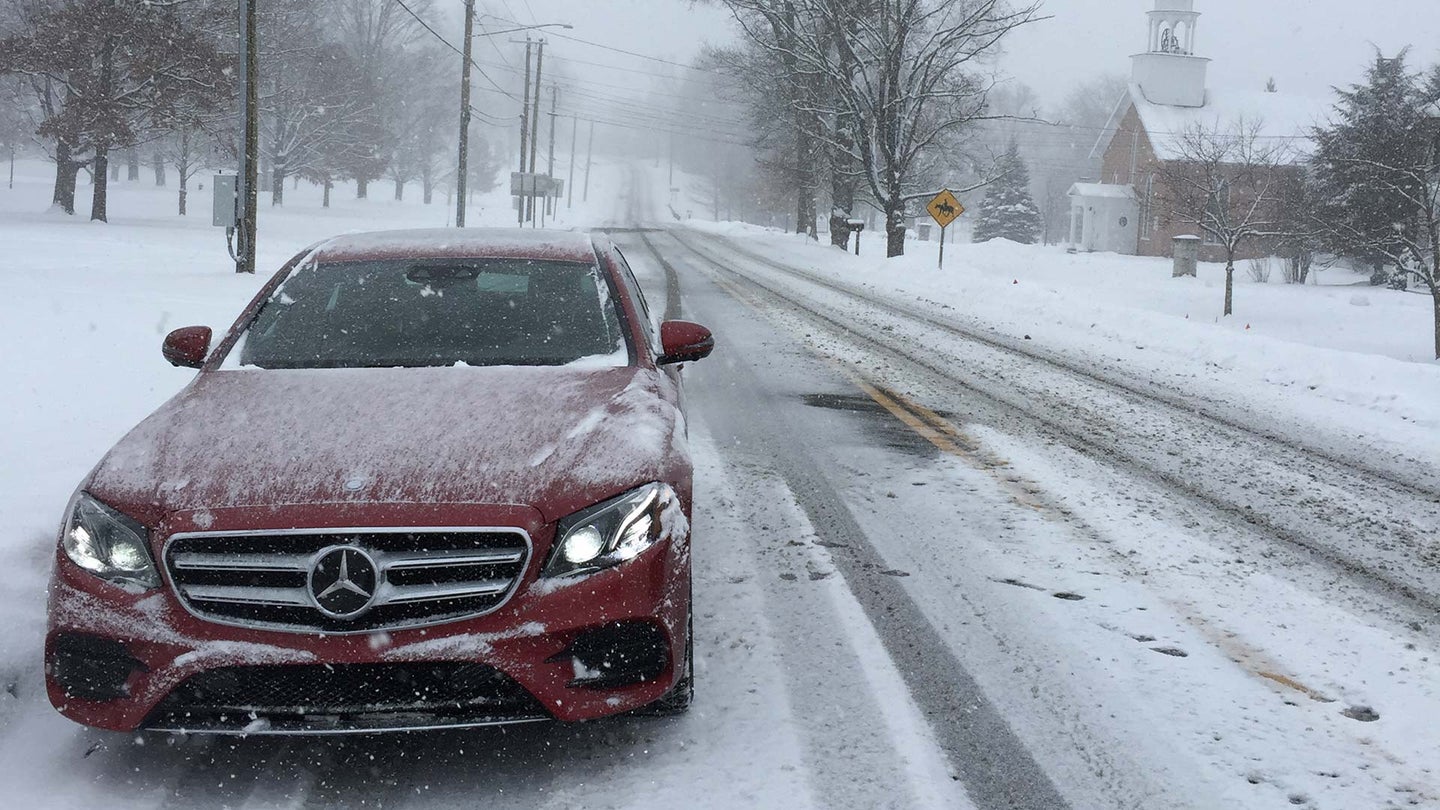 Finding the right winter car can be a daunting and overwhelming task if you don’t know what you're looking for. Many buyers automatically assume an SUV or pickup is the right move, but doing that unfairly eliminates an entire segment of vehicles. Unless you're planning to go off-road or have a Jon-and-Kate-sized family, a sedan may be the right move for you.

The 4Matic AWD system in the Mercedes-Benz lineup has become more prevalent over the years, further bolstering its place as a solid all-weather tool. Last weekend, we took the 2017 Mercedes-Benz E300 4Matic up to the Salisbury Ski Jumps during a snow storm and were presently surprised by the car's confidence-inspiring handling. With nearly eight inches of snow on the ground, the E300 resolutely trudged through both powdery and slushy snow all the way to our destination with no hesitation.

The AWD system handled beautifully when we wanted to get up to speed, and the 4-wheel electronic traction system ensured we didn't fishtail at every turn. When one wheel lost traction, though, the 4-ETS would kick in, pulsing the brake of the slipping wheel until traction was restored and power was able to be delivered once again. When we were on dry ground, the 241 horsepower 2.0-liter turbocharged four-cylinder surged well and had enough pep to retain the E300's position as a sporty-enough sedan.

Although the Mercedes-Benz E300 4Matic’s winter performance was impressive, it taught me that finding the perfect winter car is about finding the balance between performance and comfort. The E300’s interior came equipped with heated leather seats with massaging features, dual-climate control, and every other feature you'd want to stay nice and cozy. If luxury isn’t your cup of tea, however, a base F-150 or a similarly utilitarian option for the winter is a no-brainer.

If you intend to drive up to your favorite ski mountain, though, a vehicle that flaunts a bit more luxury may be a better choice. Fortunately, the E300 has a solid blend of performance and comfort and surprisingly proved to be a great little winter car.