Lightweight materials and 3-D printing give Team USA an edge at this year’s Paralympic Games in Rio. 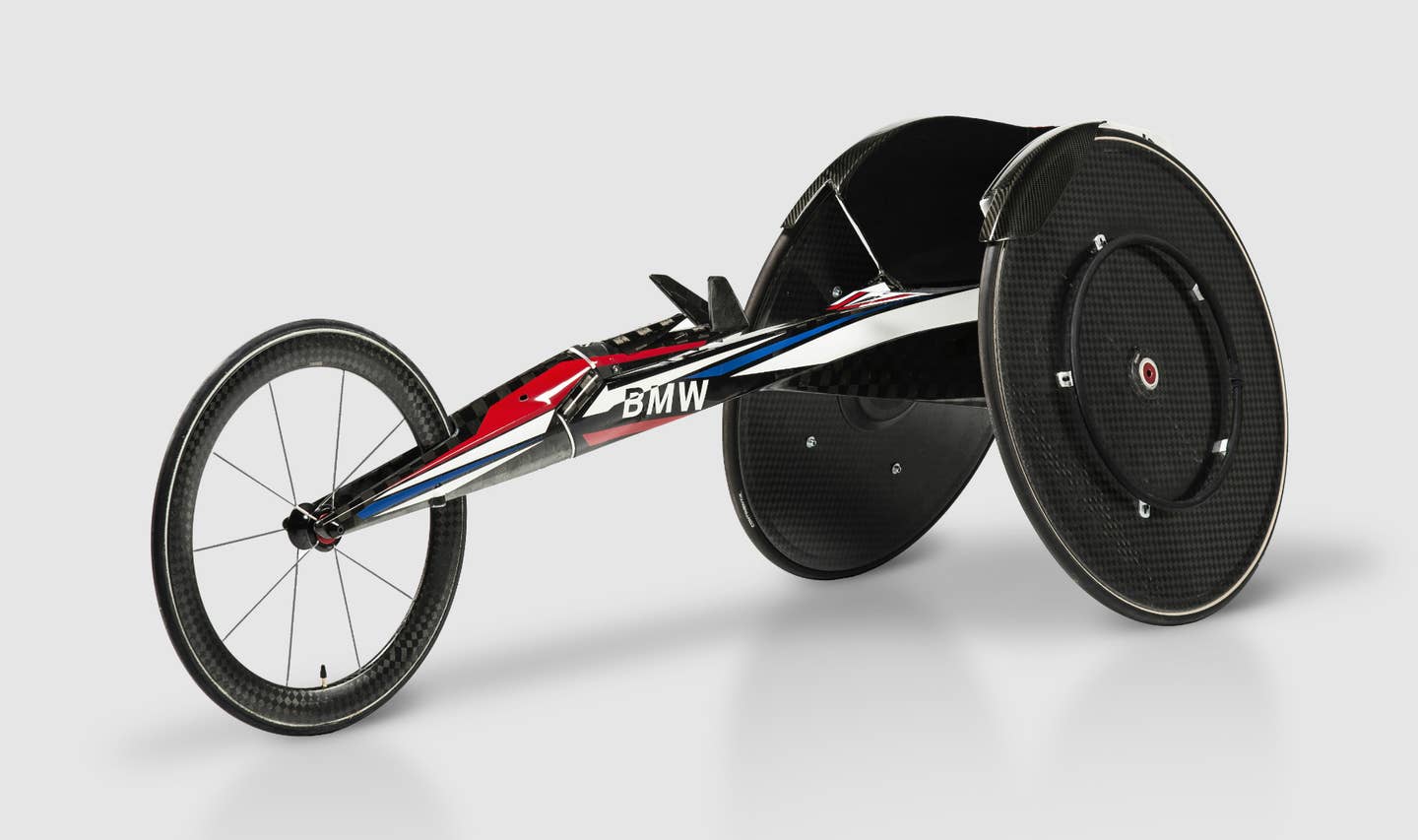 The U.S. Paralympic team is flush with heroes. There’s Jessica Long, 24, the swimmer who had her legs amputated, then beat out a Heisman Award-winning quarterback for the AAU’s most prestigious national award. Tatyana McFadden, 27, the marathoner born paralyzed from the waist down, who fought (and won) in Maryland court to win equal opportunity for students with disabilities in interscholastic athletics. And then there’s Josh George, 32, in a wheelchair since an accident when he was a toddler, winner of the Chicago Marathon and multiple world record holder. Dude’s a bonafide badass, and, for this year’s Paralympic Games in Rio, he’s going to have a wheelchair to make Alex Zanardi jealous.

That'll come courtesy of BMW North America, whose Designworks arm in California is supplying kit for the 2016 Team USA Paralympic Track and Field squad. More than a year of research and development went into these new wheelchairs, and it shows. Conventional units are welded aluminum, lightweight but relatively flimsy and uncomfortable; fundamentally, they’re medical devices modified to go racing. Not ideal. So BMW set on something purpose-built, the equivalent of a Le Mans prototype. That meant aerodynamic considerations and a carbon fiber structure, allowing the seat to be custom-molded for each athlete.

“Existing chairs have a rectangular metal bucket, so the racers shim their body in with foam blocks and straps,” says Brad Cracchiola of BMW Designworks. “With our chair, we took inspiration from auto racing doing a custom body mold in their cockpit. Once they get in it, they have a perfect fit. They can’t flip. We also customized the steering around their ergonomics.”

The result looks like a miniature Land Speed Record chassis, with a small multispoke wheel up front and two enormous, carbon manhole covers out back, both set to maximum negative camber. BMW also added special lightweight hand gloves (see: rigid pistol grips that racers use to push the wheels), scanned bespoke for each athlete and manufactured with a 3-D printer. That could give Team USA a major advantage, like the Lotus Type 108 did for the British Cycling team at the ‘92 Olympic Games in Barcelona.

More good news: Since this partnership is between BMW North America and the U.S. Olympic Committee, neither the chairs’ design, nor its technologies, will be shared with competing teams from other nations. So keep an eye out for Josh George and his teammates at the front of the pack during the 2016 Paralympic Games this September.