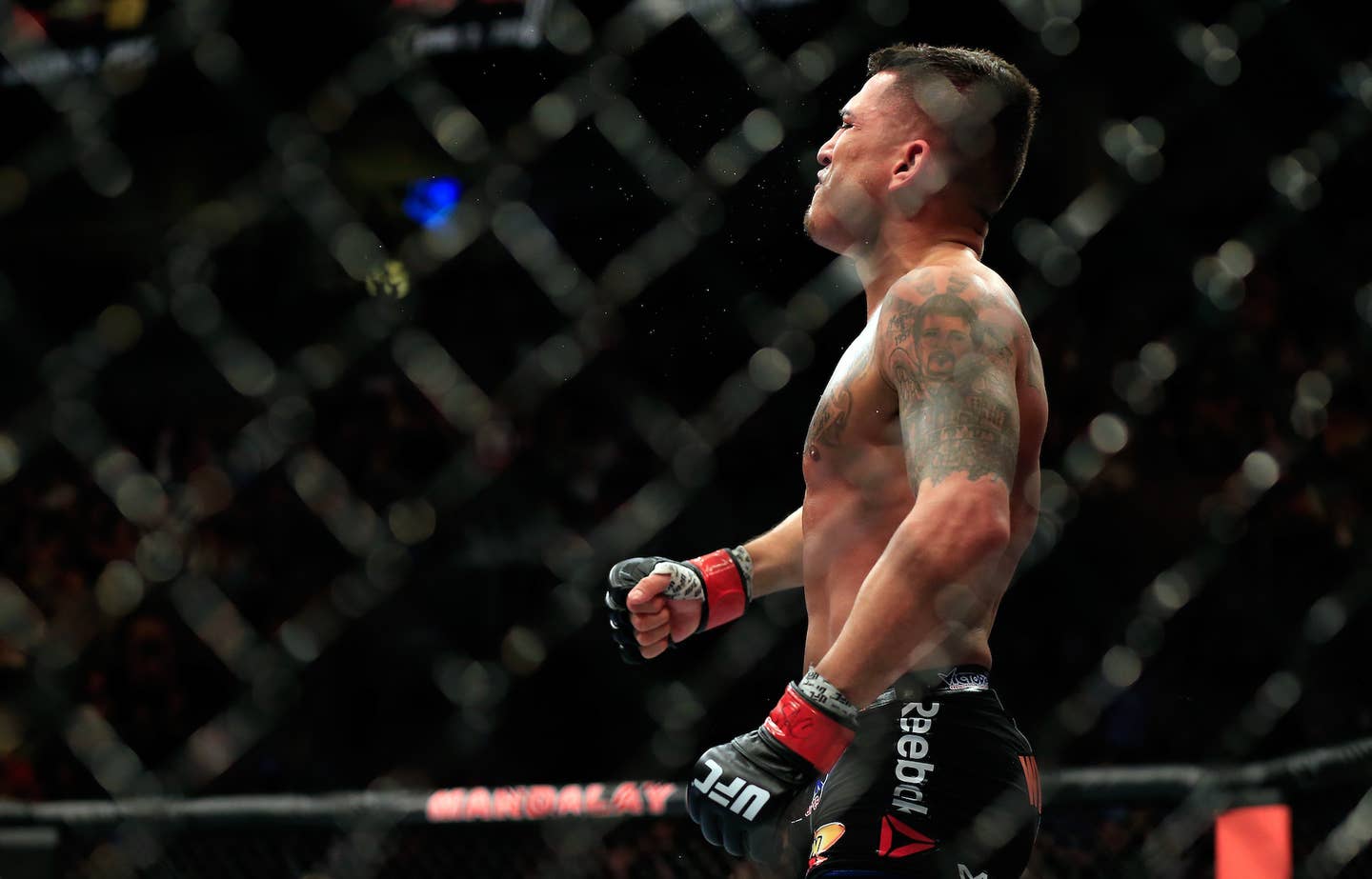 Anthony Pettis doesn’t seem like the sort of guy you’d want to mess with. Pettis, 29, is a professional mixed martial arts fighter, meaning his chosen occupation is ceremoniously beating other men to a bloody pulp. And he’s pretty good at his job. Between August 2013 and March 2015, Pettis was the UFC Lightweight Champion. He’s slated to headline UFC 206, in Toronto, on December 10, where he’ll fight Max Holloway for the interim UFC Featherweight belt.

All signs point to leaving this dude alone. But people keep messin’.

The trouble started October 26, around 2 a.m., when a pair of Range Rovers burned down in the driveway of Pettis’ Milwaukee home. Police say unknown assailants used accelerant to torch the luxury SUVs:

The fire also spread to a third car, which, in crime scene photos, appears to be the carcass of a late-model Jaguar XJ, though it’s a bit hard to identify. You know, because of charring.

Amazingly, vandals again targeted Pettis’ fleet last week. No fire this time, but a home security camera did capture the incident. The resulting footage shows two suspects pulling up to the Pettis driveway, then attempting to break into a modified Cadillac ATS coupe, before ransacking another Range Rover, which was unlocked. Management for Pettis posted the video to YouTube; according to local news outlets, a 13-year old has now been arrested in connection to the crime. It remains unclear whether the arson and burglary incidents are related.

"I could have pulled out of [UFC 206] ten times already, but this is too big of an opportunity for me,” Pettis tells Fox 6. “This is my dreams and my goals that are right there in front of me. I can just grab it.”

Still, Pettis is a big car guy, so you can’t help but wonder if all the messin’ will be a distraction headed into the bout with Holloway. We’ll find out Saturday night.