Texas Truck Shows Are All About The Billet

Big lifts. Big wheels. Big burnouts. Did we mention the show was in Texas? 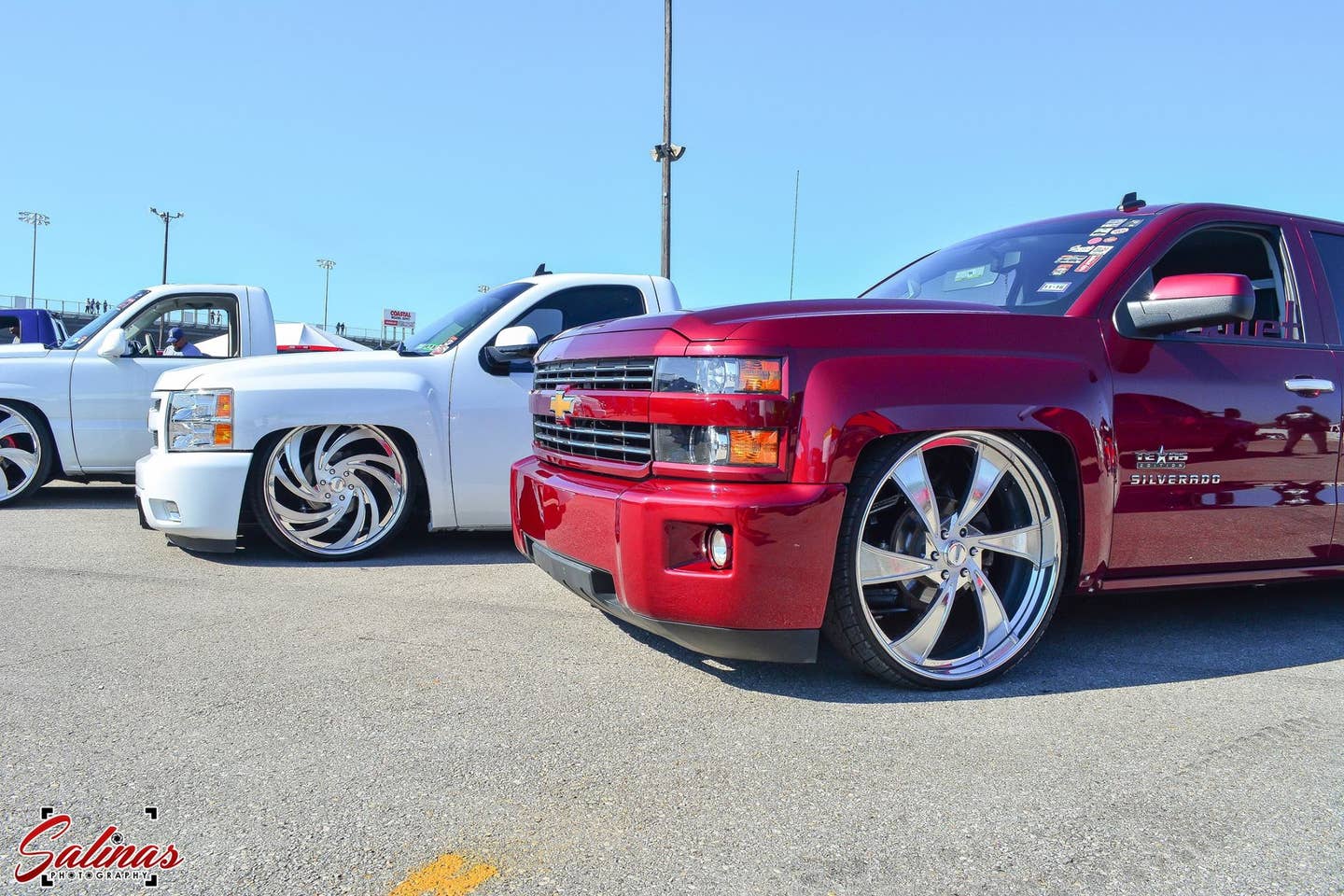 It’s beyond cliché to mention that everything is bigger in Texas but at least in the custom truck world, the sentiment still holds undeniably true. The Lone Star State has always produced quite an eclectic mix of lifted and lowered rigs. And gauging by the truckloads of money dumped into these vehicles, it appears the oil business can’t be too bad right now. October Truck Madness recently took place right outside of Houston at Royal Purple Raceway in Baytown, Texas. Race tracks are typically preferred venues for automotive events such as these because the facility is equipped for the vehicles and the racing element always attracts considerable fanfare.

Efrain Salinas of Salinas Photography has been covering the Texas truck world for years and produces some of the top images and videos on the scene. The first visual follows Team Billet and their experience at the show. It will become apparent quickly that massive billet wheels are the staple for trucks in Texas.

The second video dives deeper into the highlights from the show including dangerously-close burnouts, drag racing and even a track-side wedding proposal!

If custom trucks aren’t your thing, it may be difficult to fathom why someone would want to swap their truck's entire front fascia for that of the latest, high-line model. You may also think it’s a bit preposterous to mount wheel and tire combinations that cost over ten grand.

However, if you accept these trucks for what they are – show pieces and weekend toys – then you can begin to appreciate the time, effort and massive coin it takes to produce these fine vehicles. The most appealing component about this scene is the culture and genuine comradery amongst those participating and that’s certainly hard to argue against.