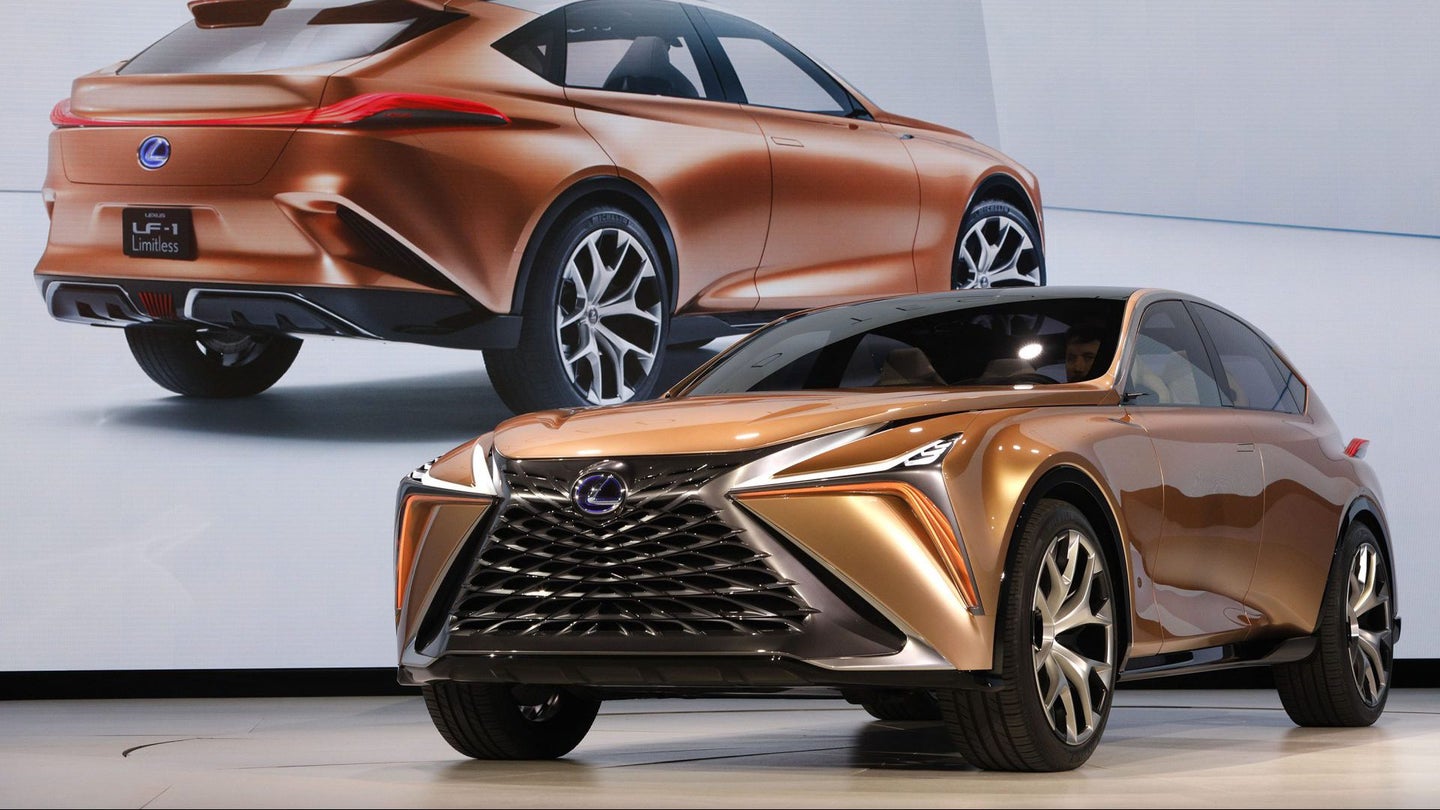 Lexus unveiled the LF-1 Limitless concept car at the Detroit Auto Show on Monday and no, it's not a product placement ploy for a sequel to that invincible Bradley Cooper movie. Instead, it's meant to preview a possible flagship Lexus crossover to sit atop a range that's currently headed by the Land Cruiser-based LX.

That being said, we don't expect the LF-1 to be an indicator of what the next-generation LX will look like. While the LX wears its upright, body-on-frame roots proudly, this looks to be an SUV in the more contemporary sense with its overgrown, lifted hatchback shape. If this does come to production, we can see Lexus trotting it out bearing a whole new two-letter nameplate like FX for flagship or something. On second thought, Infiniti might still own the rights to that one, never mind.

Draping some seriously smooth bodywork over a handful of sharp creases, the LF-1's creators from Toyota's CALTY design house in California were apparently inspired by a melting Japanese katana. Looking fluid-yet-aggressive, the Lexus crossover concept is attractive if not entirely original. Are you sure Infiniti doesn't own the rights to this too, Lexus?

Now, it wouldn't be a Lexus design story without mention of the company's polarizing spindle grille. Bad news, haters: Lexus has doubled, no, tripled-down on the outrageously-styled front ends this time around with a gaping maw with edges that extend back and across the car's entire beltline.

As for that name, "Limitless" refers to the unbridled amount of powertrain options a production LF-1 could apparently accommodate. Whether your propulsion system of choice is of the fuel cell variety, hybrid, plug-in hybrid, gas, or all-electric, Lexus has got you covered.

Given how wildly popular luxury crossovers have become and Lexus's proven ability to seamlessly put a flamboyantly-designed concept onto real roads with the LC, don't be surprised if something that looks pretty much exactly like this ends up on a neighbor's driveway sometime in the next few years.