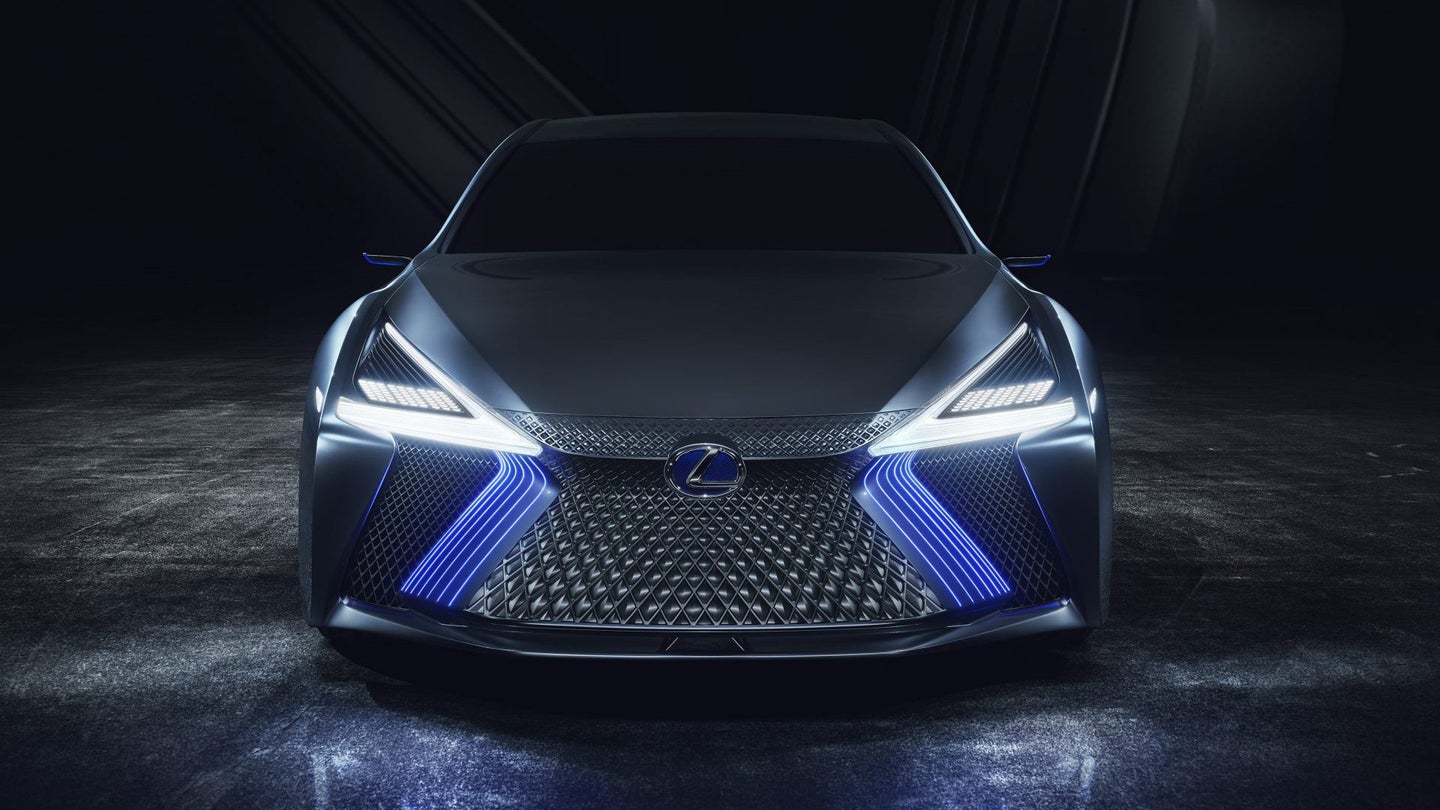 As a precursor to the future of its LS flagship sedan, Lexus has taken the wraps off of what it calls the LS+ Concept. It's an even more futuristic interpretation of the already-super-modern LS and features one of the most brazen examples of the brand's predator-grille front end we've seen so far.

Lexus says the car previews technology that'll be seen in the 2020 LS as well as a design direction that will pervade Lexus cars of every price bracket in the future. A design direction that, evidently, involves doubling down on the firm's controversially styled front fascias and checkmark-shaped headlights. Around the back, Lexus appears to be following the Volkswagen Group's suit with a long, uninterrupted, horizontal taillight—also seen in the recently updated versions of the Porsche Cayenne and Audi A7. Are long uni-taillights the Hottest Automotive Design Trend of 2017? Seems like it.

Under the skin, Lexus is touting "advanced, AI-backed, automated driving." The LS+ can apparently operate itself independently from on-ramp to off-ramp, merging with traffic and making lane changes without the help of a human driver. In addition, the Lexus concept connects with a data center and is able to update its own software, add new features over time, and continuously improve its self-driving capabilities, constantly learning the roads in which it roams.

While Lexus says we can look forward to all of this tech in just three short years, we'll believe it when we see it.

Shouldn’t a self-driving car subtract steering wheels, not add them?