It turns out it's possible for a luxury brand to have too many crossovers. 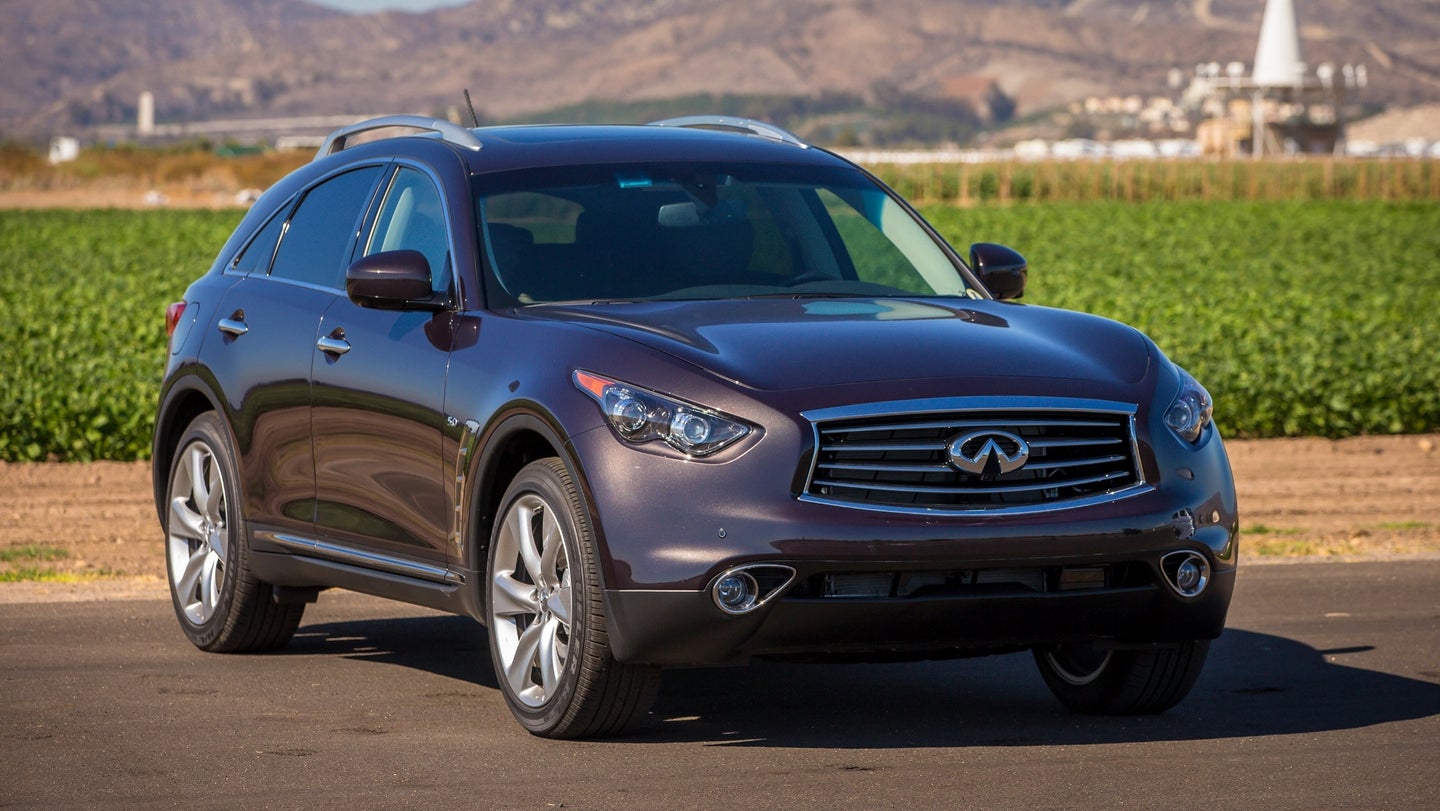 It looks like Infiniti might have too many crossovers in its stable. According to Autoblog, the mid-size QX70 is going to take a break from production for a few years due to slow sales having moved only 6,261 units last year. It’s expected to resurface in 2021 or 2022.

It’s not hard to see why the popularity of the QX70 is sagging. It’s the brand's most expensive crossover and it’s being cannibalized by mushier, more versatile stablemates. The three-row QX60, the compact QX50, and the Mercedes-Benz GLA-based QX30 all have lower starting prices than the sporty QX70 and arguably offer more for the money. When you can get a three-row seven-seater for less money than a five-seater with a stiffer ride, most luxury crossover buyers will opt for the QX60, as they have been.

When the QX70 comes back, it will likely be a reskinned Nissan Murano rather than borrowing a platform from the 370Z. This also raises suspicions about the fate of the aging Z-car which Nissan won’t definitively say whether or not is being discontinued.

The Infiniti QX70 is still a decent, budget-friendly alternative to other sporty mid-size luxury crossovers like the Porsche Cayenne and the BMW X6, but it’s in an awkward spot in the luxury crossover kingdom. So, if you really want a crossover version of the Nissan 370Z, you can probably get a pretty good deal on a QX70 in the near future.