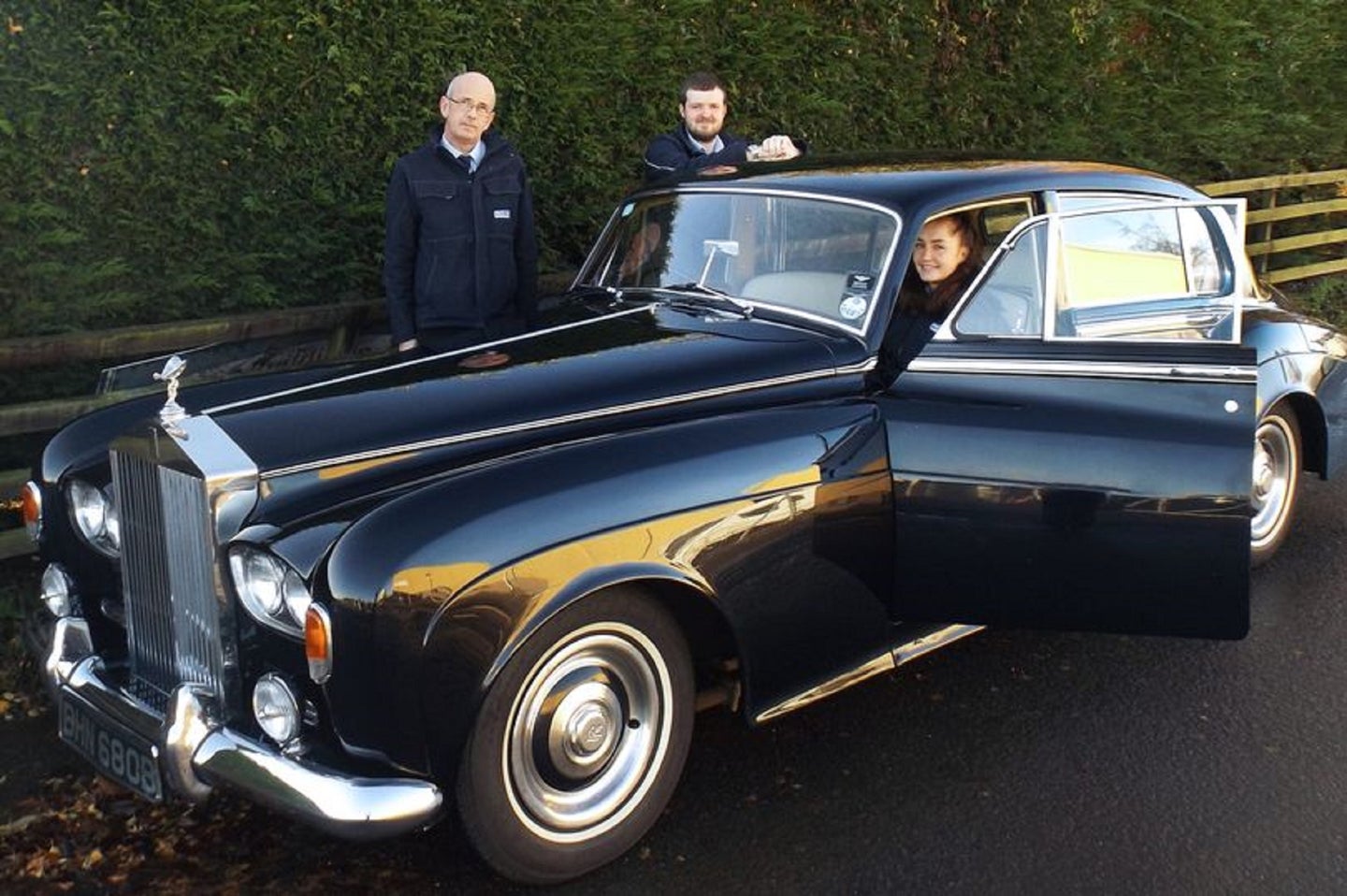 God save the Queen...and her Rolls Royce. It’s not often that you get a chance to own a piece of royalty. For the right price Saturday, Nov. 25, somebody is going to walk away with a vintage 1964 Rolls Royce Silver Cloud III which used to belong to none other than the Queen of England herself. Morris Leslie LTD is hosting a vintage vehicle auction which will offer the Midnight Blue sedan. The model is believed to be one of only eleven left in existence.

According to the UK’s Daily Record, The car spent the first part of its life at Holyrood Palace in Edinburgh, the official Scotland residence of Queen Elizabeth. It features a custom rear locking cabinet where the Queen would lock up the crown jewels and paperwork when she was being chauffeured around on official duty. It was sold in 1970 when new legislation called for more security elements to be incorporated in official vehicles.

While that Silver Cloud may be the star of the auction it’s not the only car on the block with royal ties. There’s also a 1953 Wolseley 6/80 originally purchased by Mrs. Ruth Gill, Baroness Fermoy, Lady in Waiting to Queen Elizabeth, the Queen Mother, who happened to be the maternal grandmother of Diana, Princess of Wales. The car was originally bought as a wedding anniversary gift. It comes with the original registration document, owner’s manual and the obituary of its one-time owner Lady Fermoy.

The two cars are among two hundred classics up for auction this weekend including a Jaguar once owned by Nick Faldo and a Porsche owned by musician Peter Chilver. Hyping up the event this weekend is auction manager Keith Murray. Speaking on the auction Murray said, “Our classic sales bring in crowds of up to 2000 people, with several hundred online bidders from across the world. We expect this Saturday’s auction will be the biggest yet due to great quality cars that all come with fascinating histories.”

The auction is being held at the Errol Airfield in Perth, Australia at 11 a.m. Perth time (12 a.m. EST). Anybody can register for the auction online.