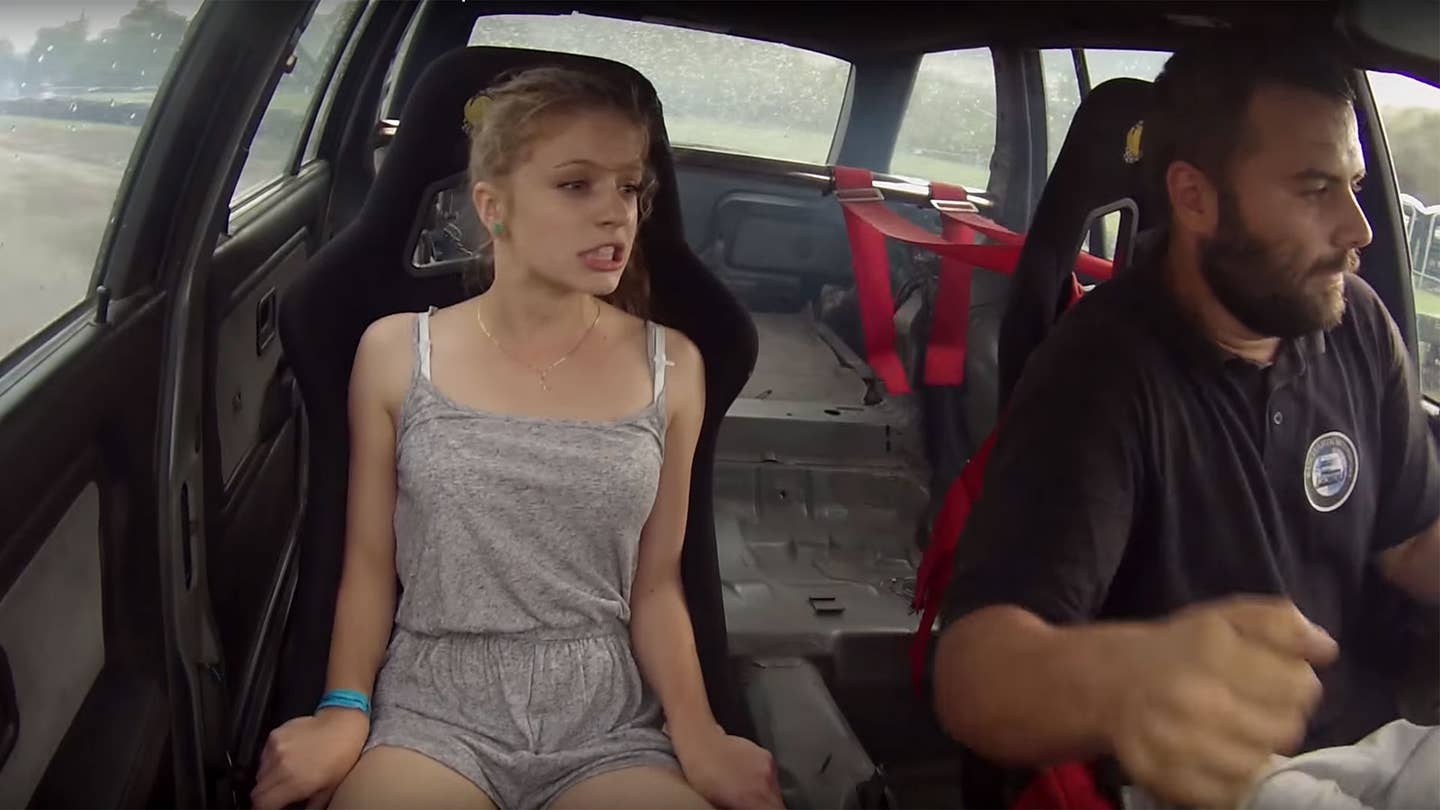 Dashcam videos typically end with some kind of bang. A truck veering across a highway. A meteor hitting the tundra in Siberia. But drift-taxi dashcams are different. Typically, it’s the journey you watch it for. Case in point, the majority of this BMW drifting session is filled by a passenger appearing... agitated. Understandable, given said passenger is petite and riding inside a drift monster without a seatbelt. From what we can make out, the BMW appears to be throwing some pretty impressive G’s, but thanks to the passenger’s death grip on her bucket seat, she remains inside the vehicle at all times. Although the heavier-set driver—who apparently is connected to Slovakia’s Kuchárik Motoršport BMW parts and service business —seems less phased by the violent motions of the hatchback, we have the assume the ride would have been more enjoyable (and definitely safer) if four-point harnesses were present.

As we watch the hapless passenger, we hear deep breathing exercises. But however agonized, the sounds are duly masked by the wondrous roar of the Bavarian power plant revving just inches away from the camera.

At 1:12, you can hear a yodel very similar to the ones you hear in The Sound of Music coming from the petite passenger. Since this bizarre cry made your author burst out laughing, I really hope that yodeling while drifting becomes a trend that will give to the Internet for years—or at least until I get bored of it. Granted, I have no idea what they are saying. Maybe you will.