Take a Peek at the Largest Corvette Event in the World

Corvettes as far as the eye can see. 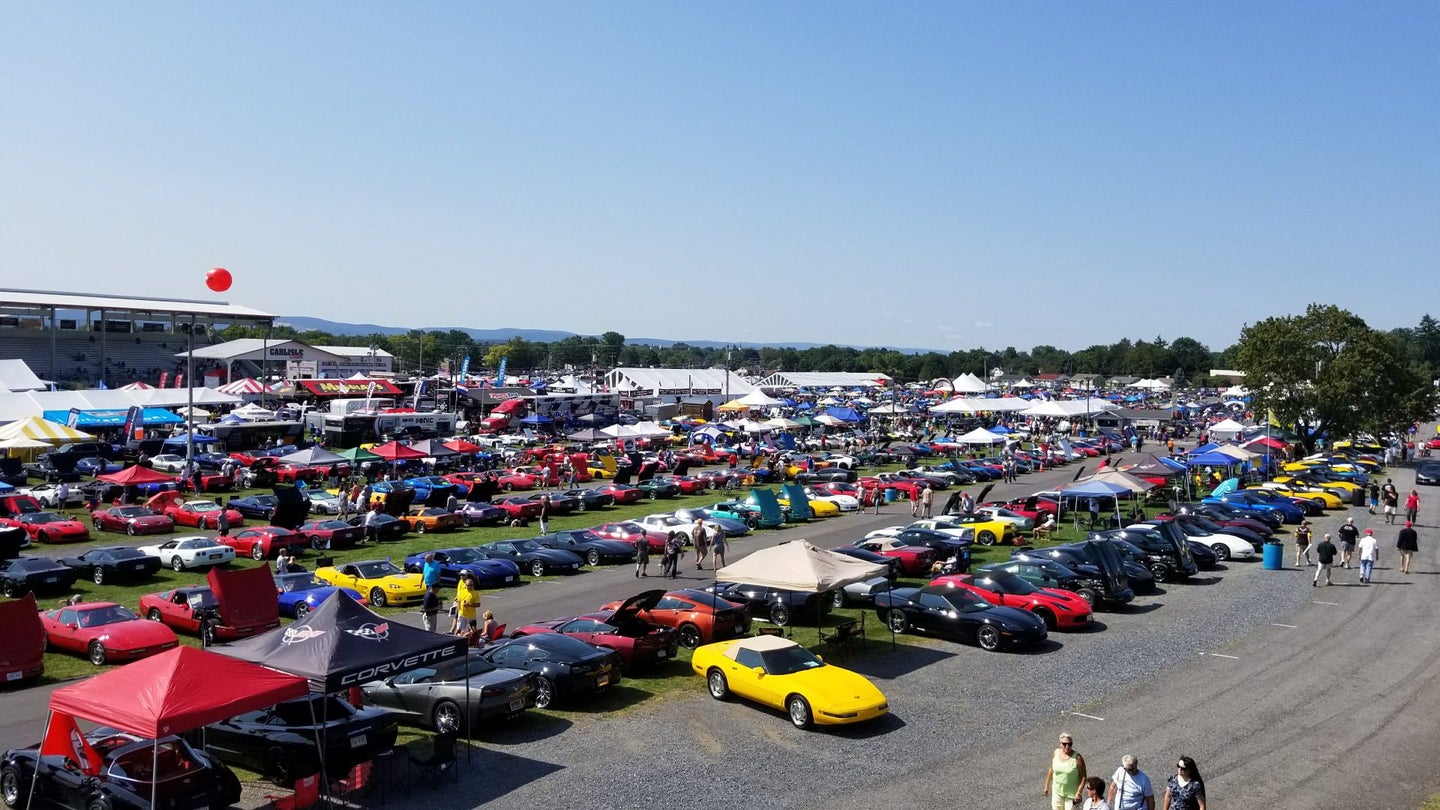 Corvettes at Carlisle is arguably the worlds largest Corvette event in the world. The event takes place yearly at the end of August in Carlisle, Pennsylvania. There are more than 5,000 Corvettes on display representing all generations from C1 to C7 Corvette's. There is plenty for attendees to do with autocross and burnout events, a huge swap meet including manufacturers section of many well known automotive brands such as Borla, Magnaflow, Adam's Polish, Meguiars, and more.

To give you some background, I personally have been attending Corvettes at Carlisle for over 5 years. The kicker is I do not currently own a Corvette and never have. I am not going to say never will, because I love V8's and these mid-engine rumors tickle my fancy. I drove to the event in my buddy Larry's '76 C3 Corvette.

Many poke fun at that in the sea of Corvette's many are not distinguishable in any large way from the cars surrounding it, but there are some diamonds hidden at the show. For example, this #60 Agusta Racing Team Callaway Corvette LM GT which was raced by Almo Coppelli, Rocky Agusta, Eric Graham at the 24 Hours of Le Mans back in 1997 is truly something special.

In the manufacturer vendor area you can have exhaust or headers you just bought installed at the event so you can enjoy them on the drive home.

Chevrolet brought a Corvette Racing tent featuring a demo car of their Corvette C7.R including a demo racing engine.

The C7.R's race engine is a 5.5-liter naturally aspirated V8 featuring direct injection and a dry sump oil system. The engine when in car is mated to a 6-speed sequential gearbox. The engine features carbon fiber valve covers and two separate carbon fiber air boxes. I really hope this has just been a development engine for the forever rumored mid engined Corvette.

The Chevy tent also had factory models on display allowing me the opportunity to tinker with the 2018 Corvette Z06 Carbon 65 Edition. The Carbon 65 edition is a $15,000 option giving you a plethora of carbon fiber parts including a spoiler, cooling ducts, ground effects, interior, and steering wheel and only 650 will be built. Carbon, carbon fiber everywhere.

I mentioned the event showcases all generations from C1 to C7, but it also features cars from all categories from racing to barn find.

Supposed family member of the car was talking to a few of us. He stated his father just sold it for $10,000. First thought you think that you just made a killer profit from something rotting in your field until you are sitting on your couch and see it roll across the auction block on Barrett Jackson or Mecum for a few hundred thousand.

Attending prior years may have given me more lasting memories such as meeting the legend Chip Foose, but overall this year was a solid event. The weather was good not too hot, great relaxing day, with some V8 motors. What more can you ask for?