Behind schedule, but on track. 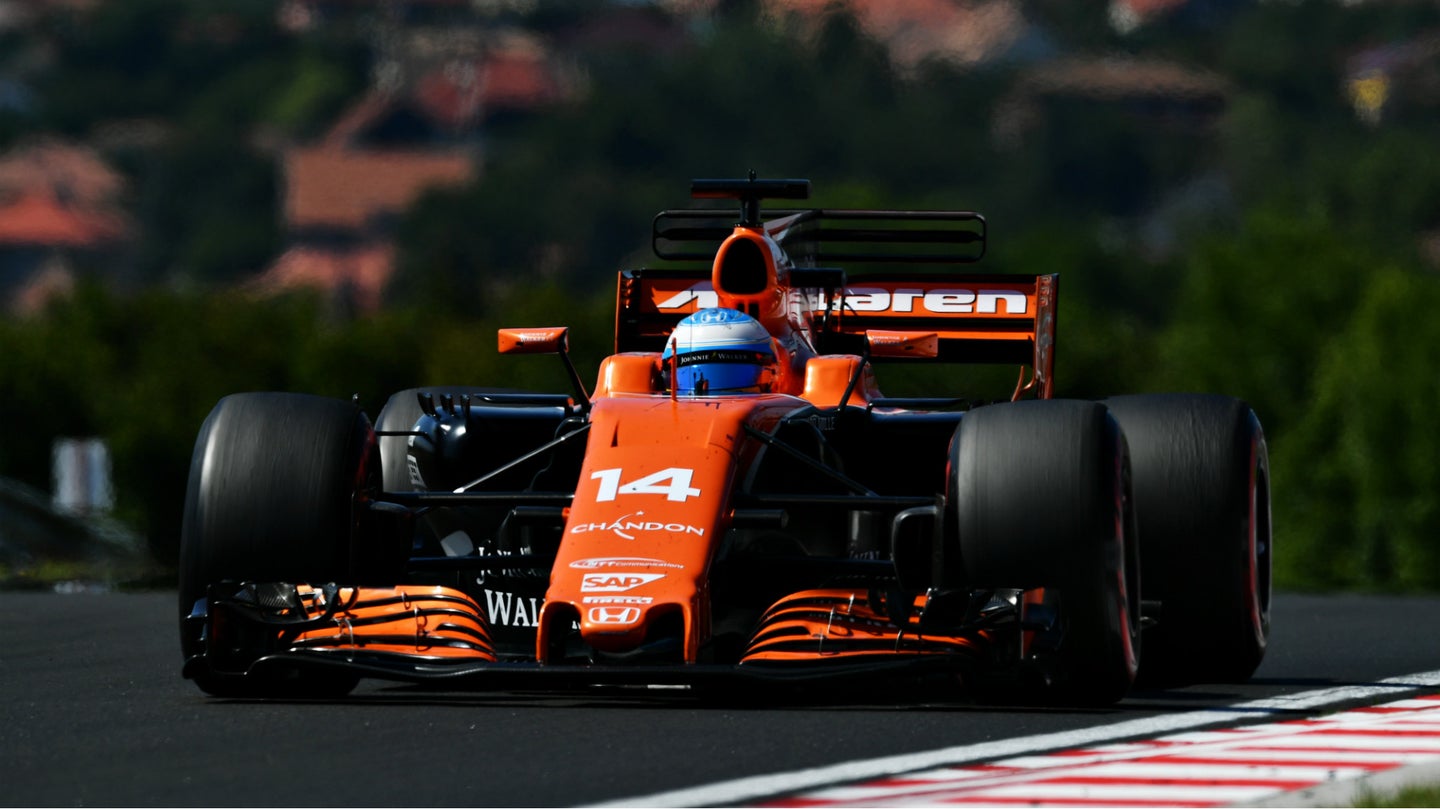 Better late than never? Honda's Formula One engine is at long last producing the power that engineers wanted to have at the Spanish Grand Prix, according to Racer. This puts the power output of their next upgrade on par with that of the Mercedes engine as of Abu Dhabi last year—the original starting goal for 2017. Honda initially planned to introduce the upgrade in Canada, but problems delayed the upgrade until later in the summer. The current spec leaves the engines down an approximate 50 horsepower on the leading Ferrari and Mercedes engines, and right on the heels of Renault, Honda's closest competitor.

Honda's Yusuke Hasegawa was equal parts proud and disappointed with the pace of development. "From a normal technical development common sense point of view, to catch up that level in five months, we have to be proud of that. However, to match the Formula 1 calendar, it is too late. So I am half relieved and half very disappointed that we could not achieve this level at the beginning of the season," he said to Racer.

As of right now, this puts Honda at least eight months of development behind Mercedes, potentially further if Mercedes has another upgrade partially developed. While Honda has proven they can develop more quickly than some of the leading teams, the remaining gap between Honda and the frontrunners will be tougher to close, as the goalposts continue to march away into the distance. Their engine program's engineers will get no rest until they either catch Ferrari and Mercedes or give up.

If Honda or McLaren were to terminate the partnership, however, that would leave them with but one option for the imminent future: Renault. As hard as it is being the factory team for such a weak engine manufacturer, it is still the team's best option, as outlined by Autosport editor Michael Schmidt. The team is too dependent on the money brought by Honda, and separating would further their interests only in the short term. Staying with Honda for another few years would be wise if they surpass Renault, and find themselves in a position to challenge Mercedes and Ferrari. Going by its of development this year, the idea of Honda making a competitive engine next season may not be so laughable. After all, it does plan to have Renault behind them by the end of 2017.

Even if Honda only matches Renault, it's still a decision between paying and being paid to use a sub par engine. Anyone with two brain cells to rub together would choose the latter.