Any one of the 156 turns of the Pikes Peak Hill Climb has a history or a name. More than a century of racing past the clouds by thousands of cars, trucks, and motorcycles will do that. Some have people attached: Hansen’s Corner and Gilly’s Corner. Heltman’s Hill and George’s Corner, too. Some play it straight: Gayler’s Straight and Sump. Others wear warnings: Ragged Edge, Devil’s Playground, and Bottomless Pit.

For 12.42 miles and nearly 5,000 feet of climbing up a mountain that bears the name of a man who never actually made it to the top, the Pikes Peak International Hill Climb doesn’t just say devil-may-care racing—it screams it. That’s just a heartbeat shorter than the Nürburgring’s total distance and a country mile longer than any other hillclimb of international fame. The race up Pikes Peak breathlessly shrieks into the thin, 14,000-foot air: Here is a true test of endurance.

It always has. But voices can get lost in the oxygen-poor mountain air. Pikes Peak inspires and awes, but also dares. For that reason, the Pikes Peak Hill Climb has always been a race that attracted locals—for better or worse.

Growing up in nearby Denver, a trip to Pikes Peak in my dad’s Classic Red Mazda Miata was more than just a good drive. It connected to everything Colorado: the unpredictability of our weather, beautiful mountains, peaceful crystal lakes, impossibly tall trees, summer days, and snow—all in the same drive. Those things largely remain on the road today, albeit without the same amount of dust that the unpaved Pikes Peak road left in my lungs as a kid.

It's the same story for countless others who’ve grown up near the foot of the Rockies in Colorado.

'Everybody Against the Mountain'

It's certainly the case for Glenn Conser. The general manager at High Plains Raceway, a road course plunked in Eastern Colorado's farmland near Hudson, Colorado, Conser grew up in Colorado Springs in the shadow of Pikes Peak, and also remembers driving up the mountain with his dad.

“We just did it. It was a given,” he said. “We’d park ourselves somewhere on the mountain and watch the race each year.”

Conser’s interest in motorsports eventually led him to road race motorcycles. Considering the road up Pikes Peak wasn’t completely paved until 2012, Conser initially didn’t have any interest in running his hometown race until then.

“Then I remember reading they were paving the road all the way, and I said, ‘When they finish the road, I’m going to run it,’” he said.

Before the road closed for winter, Conser and his friends Marty Hester, Mike Applehans, and Carl Sorenson recorded their drive in a Ford pickup to the top to study the road. In 2012, Conser made good. On his 2008 Yamaha R1, he completed the race in 11:02 and finished second in his division. In 2013, he improved to 10:44, even though his friend Mike Applehans crashed earlier and broke his femur, wrist, and other bones that would later require more than 20 surgeries to correct.

“I hit the guardrail on Wednesday, right near the W’s,” he said. “If those rails hadn’t been there, I wouldn’t be here.”

Bruised and broken, Conser says his motorcycle was in even worse shape. The bike was destroyed from the head tube forward after his crash, but a local mechanic offered to help. By Friday, Conser’s bike was ready once more, and so was he.

“I went back on the mountain. That’s the thing about that race. What I feel about the race: there’s the camaraderie with a little spice of competition,” he said. "At Pikes Peak, you're not racing each other. It's everybody against the mountain. No one wants to let the mountain win."

In 2015, Conser learned how true that would be. Carl Sorenson—one of Conser’s original four friends to run the race three years earlier and one of the faces Conser sees on his computer’s desktop background every day when he goes to work—was killed on a fast lefthander before Cog Hill, near the end of the race.

“It’s the real deal," he went on. "There are no good places to go off. Mike [Applehans] paid a really heavy price. I got lucky. Carl [Sorenson] didn’t. It’s the real deal, it’s simultaneously the most fun I’ve ever had on a bike. It’s also the most terrified I’ve ever been."

That much is clear in the way Conser talks about the races he’s done. It’s also been clear since the competition's inception in 1916. Pikes Peak is legendary for its beauty, skill, and danger. Conser sees how it’s an international draw but understands why it's still mostly a parochial race for Colorado natives. Despite its worldwide acclaim, the race caters to locals who care about the mountain. Applications often lead to invitations, and the time between first and last place in a class can be relative eons for professional motorsports.

“It’s the most famous unknown race, I think,” Conser said. “It should attract more attention, and I want it to.”

The tattoo on his forearm is a permanent reminder of the races he ran and the friend he lost. It’s a diagram of the road up Pikes Peak, from his wrist to his elbow, with all 156 turns. There’s a name attached there, too. 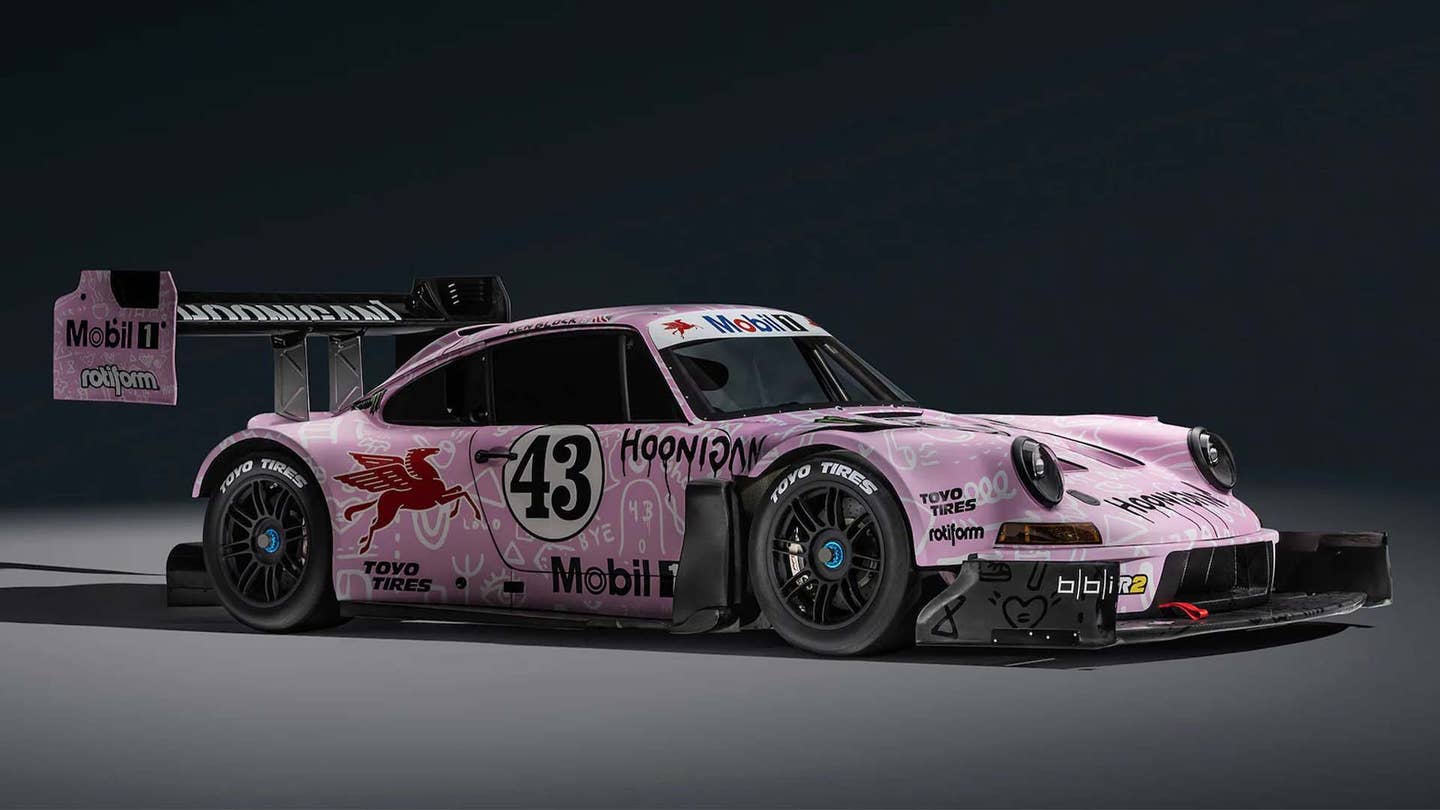 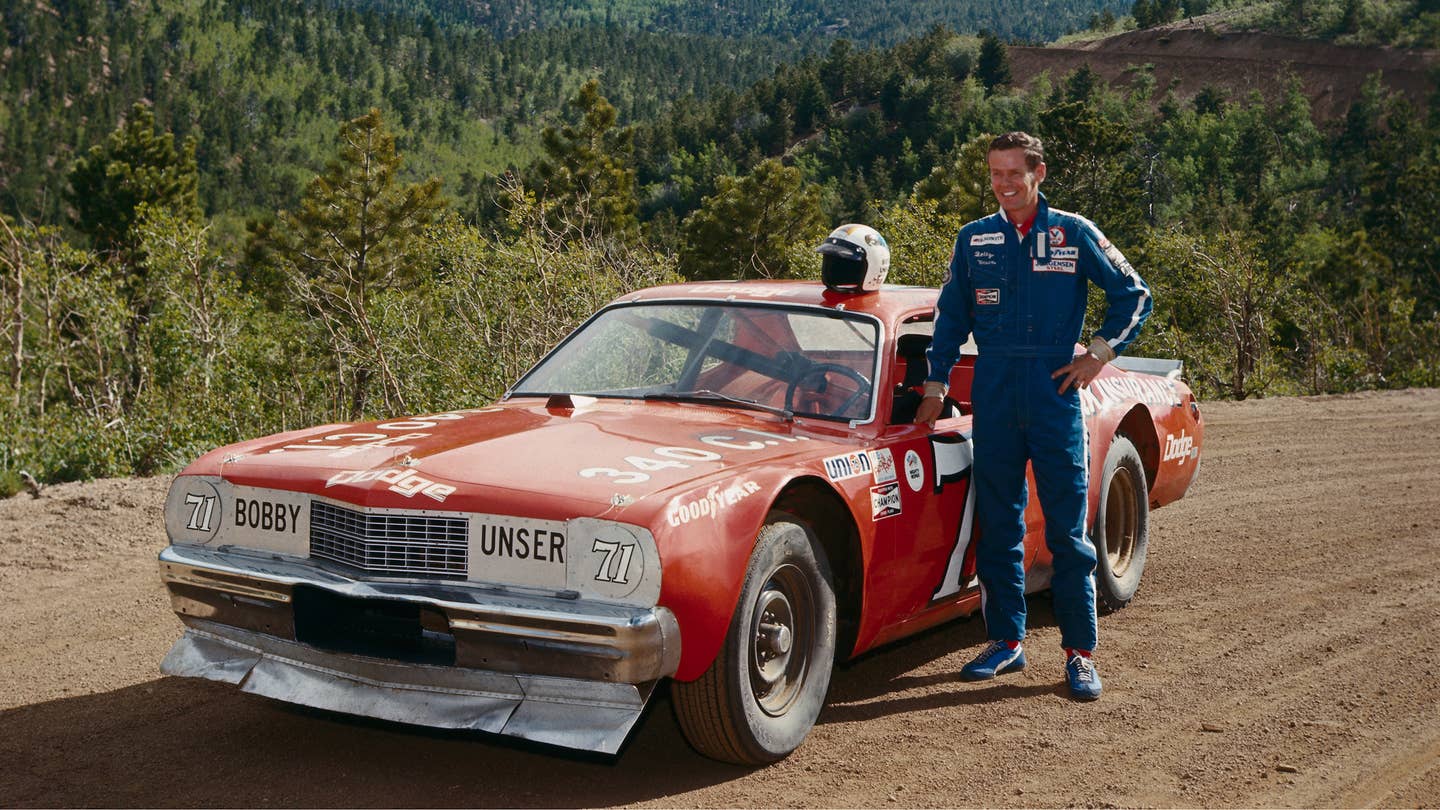 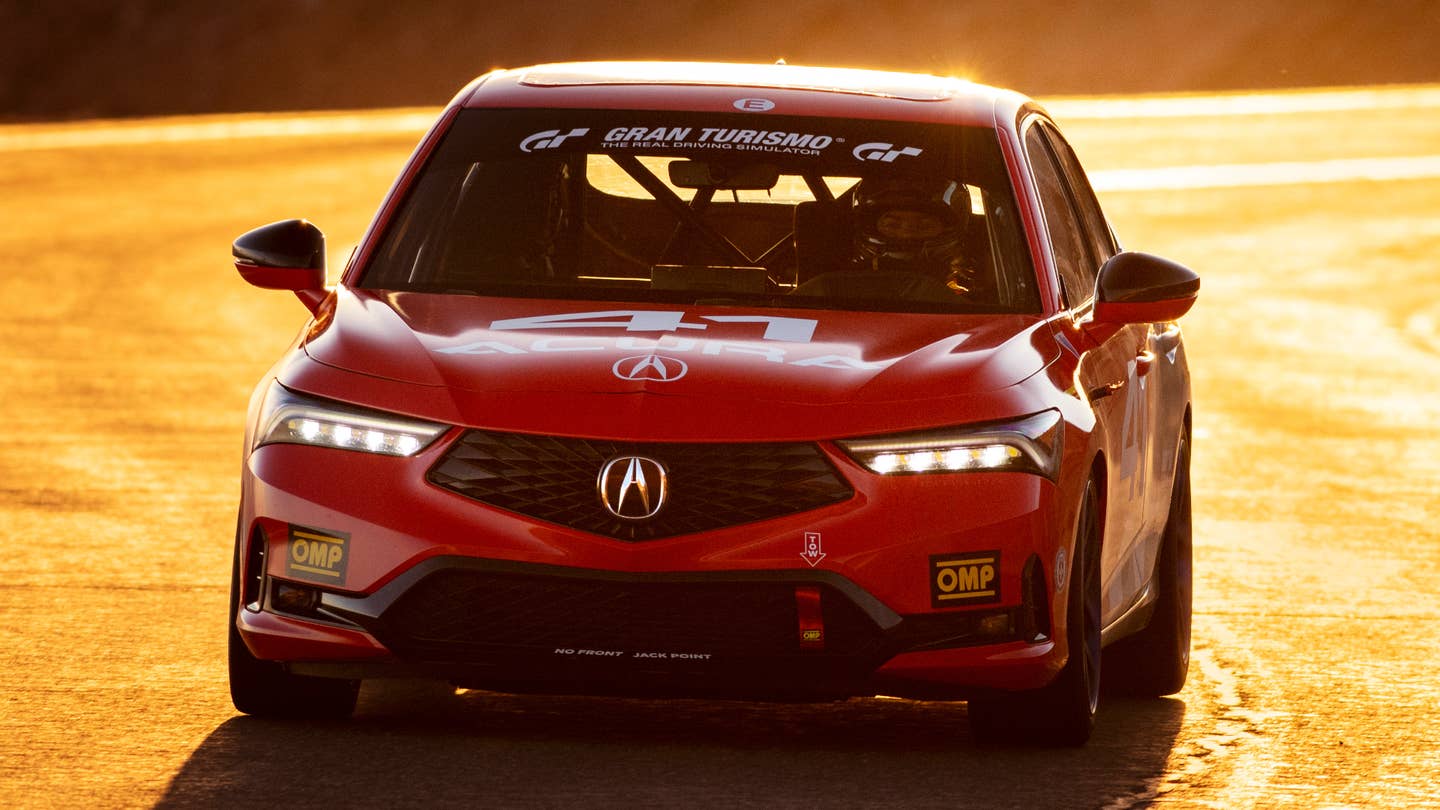