Chevrolet's New Camaro GT4.R Race Car Looks and Sounds Badass As Can Be

Since it's GT4-spec, the race car comes ready to compete in the IMSA Continental Tire SportsCar Challenge, the Pirelli World Challenge, and other GT4 racing series 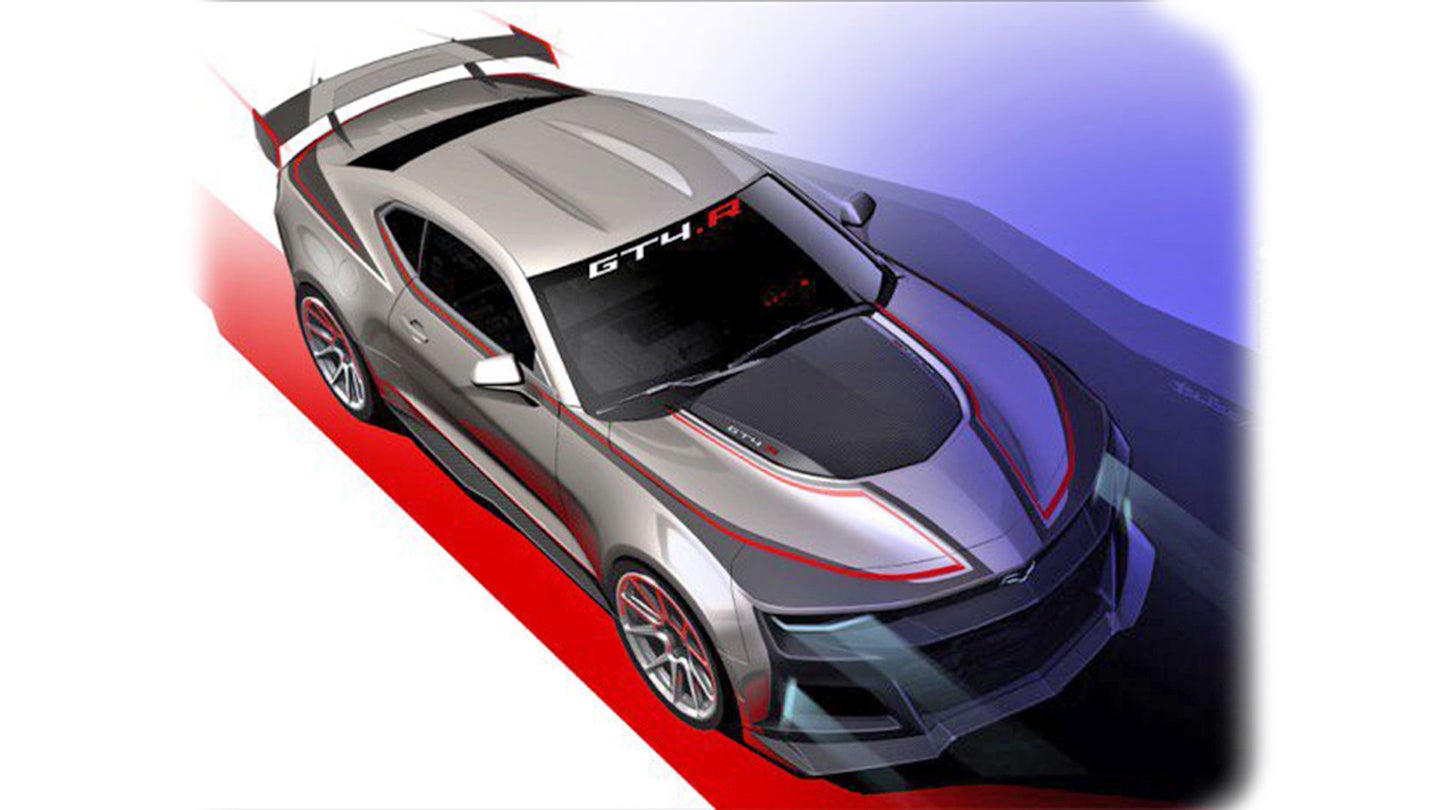 The Chevrolet Camaro GT4.R, announced Wednesday, is the American automaker's new GT4-spec road racing car based on the sixth-generation Camaro.

Built in partnership with Pratt & Miller Engineering, the same guys behind the Corvette Racing team, the GT4.R uses a Chevy Racing-developed 6.2-liter V8 LT1 mated to a six-speed paddle-shifting sequential transmission and shovels its power through a racing limited-slip differential with the help of an adjustable traction control system. The race car also has adjustable Ohlins coil-overs, Brembo brakes, and a new rear spoiler and front aero kit.

The Camaro GT4.R's sound is ungodly.

The car follows in the tire marks of the Z28.R Camaro race car, which won the 2015 Continental Tire SportsCar Challenge.

Pricing has not yet been announced. But we'd pay plenty to throw this Chevy around the track on a regular basis.