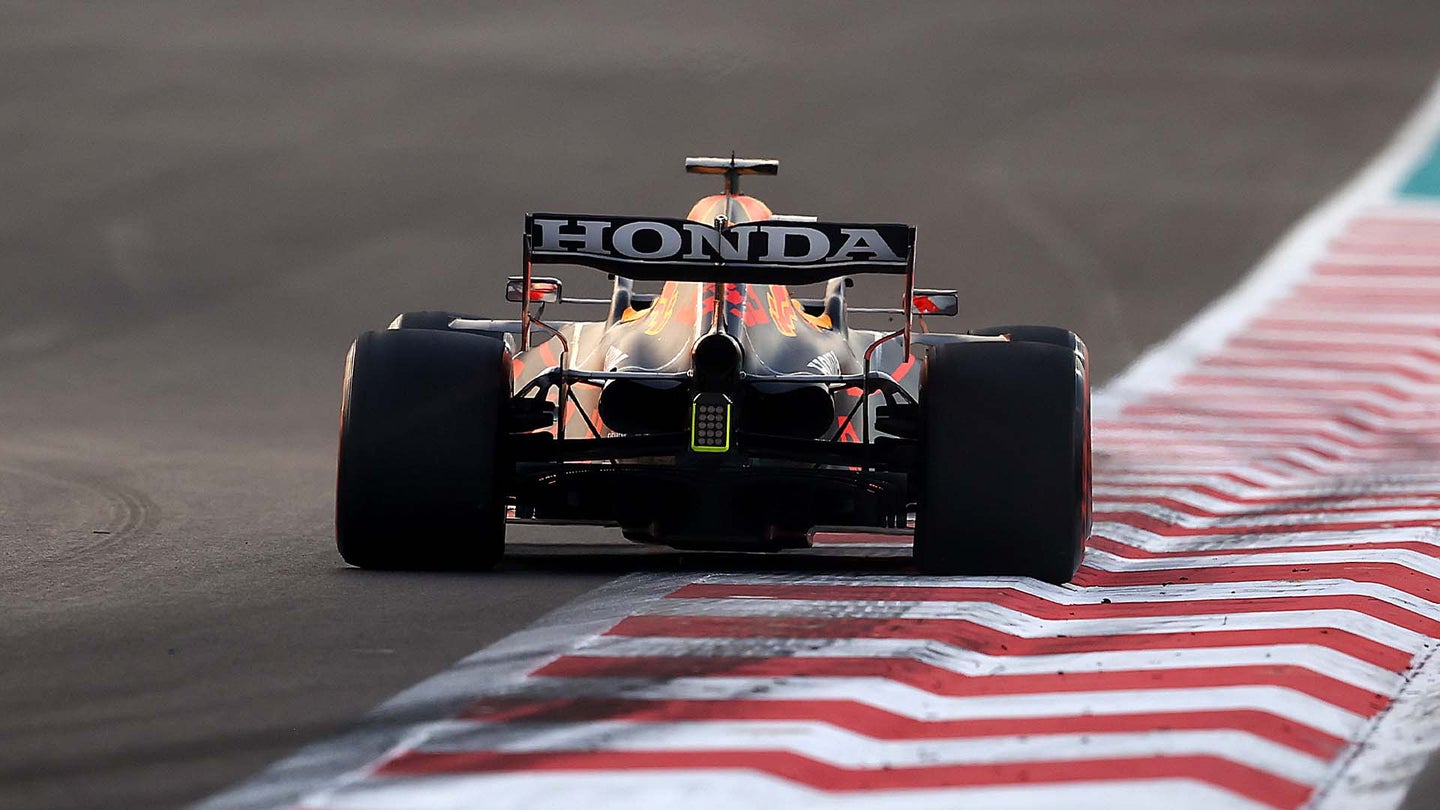 Honda exited Formula One at the end of last season in spectacular fashion by becoming the first non-Mercedes power unit supplier to a champion in the hybrid era. Reports last week said that despite setting up its own powertrain division, Red Bull is attempting to convince Honda to supply it with parts from Japan until the current power unit regulations end in 2025. This week, Honda confirmed to The Drive that it has indeed been asked, but no decision has been made yet.

Honda and Red Bull had already agreed on a power unit supply program through 2022, during the start of the development freeze, so that the teams weren't left without anything to make the cars go. There'll also be trackside and operational support from Honda to Red Bull and AlphaTauri, basically the same as what went on while they were officially an F1 supplier.

Red Bull then agreed to buy Honda's intellectual property for its power unit designs, along with its factory in Milton Keynes. That facility had been used exclusively for the F1 project and is just around the corner from Red Bull's own base in the same town. There's been a flurry of HR activity ever since, with large numbers of personnel poached for Red Bull from High Performance Powertrains—Mercedes' F1 and Formula E power unit builder. It seemed like Red Bull was pretty serious about using 2022 to gear up its own production.

However, an interview with Red Bull consultant Helmut Marko last week had him going a bit off-message (not the first time it's happened) in Austrian magazine Autorevue. He said, "[Red Bull] have now found a solution that is completely different from the one we originally planned. The engines will be made in Japan, ready to go, until 2025—we won't touch them at all. It will mean that the [intellectual property rights] and all of these things stay with the Japanese, which is important for 2026 because it makes us newcomers."

If you're wondering what that last bit means, it's that there's a rule coming for F1's next era of power units when the MGU-H will be done away with and electrical power is set to increase from 2026 onwards. It's designed to try and seduce a brand—in this instance, almost certainly Porsche—into joining by making them initially less constrained by the power unit development budget cap that other teams will be subject to. So there would be a strategic decision to do this, not just that Red Bull might struggle to supply its own power units in just a year's time.

When that quote came out, some outlets reported it as gospel that what Marko said was happening. The Drive reached out to both Red Bull and Honda to check in on the story, though, which seems far from set in stone.

For its part, Red Bull downplayed the story and told me that nothing was agreed despite Marko's comments. Honda got back to me to confirm that "Honda will support Red Bull Powertrains in building the 2022 PU and also provide trackside and race operation support from HRC throughout the 2022 season. And we received a request from Red Bull to extend the period, however we have not yet decided at the moment."

So: Red Bull asked, Honda isn't sure yet, and the situation's not much clearer than it was to start with.

Following the Abu Dhabi Grand Prix, there have been plenty of calls for change—and it might happen.

Perez is the first driver since Ricciardo to make it multiple seasons alongside Verstappen.