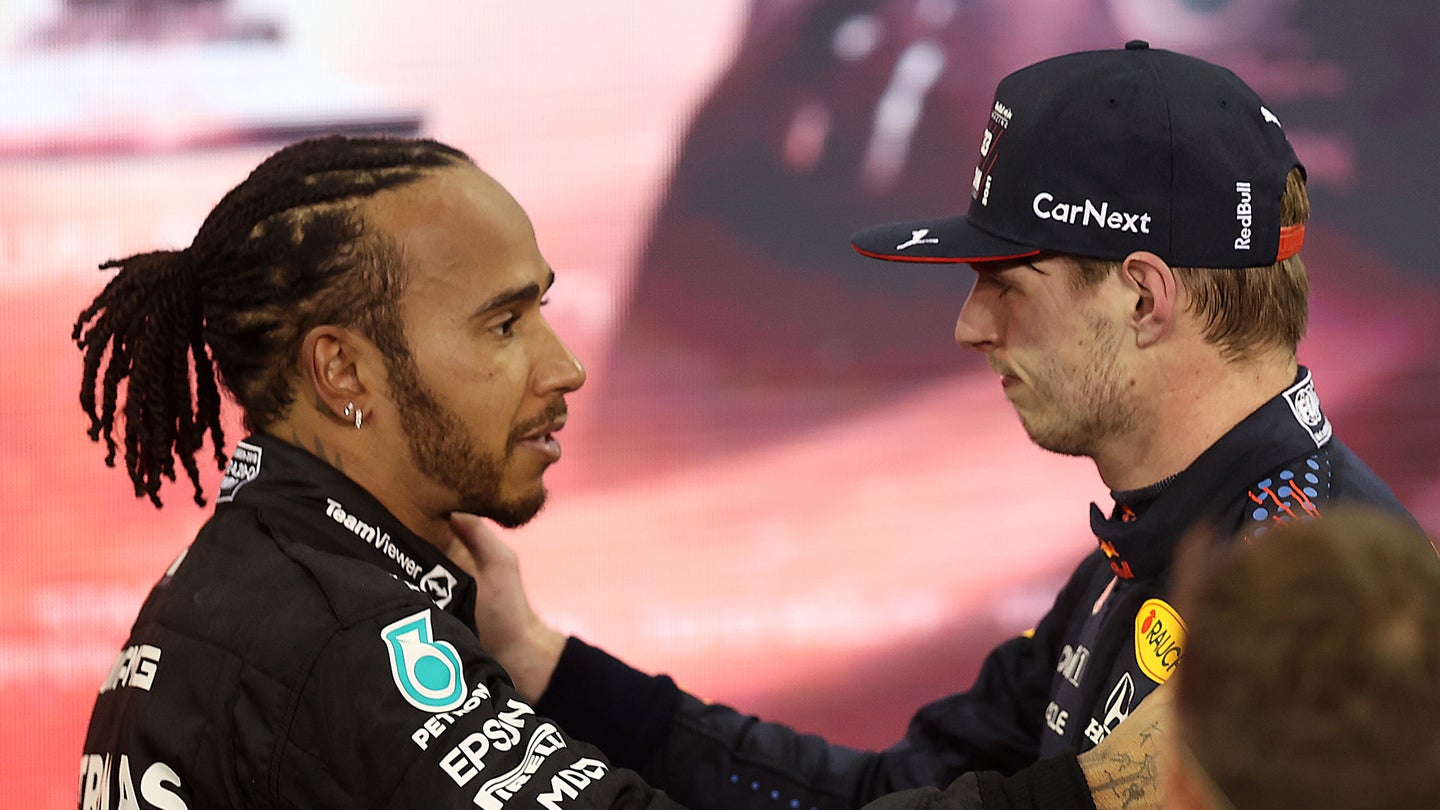 After the controversial final two laps of Sunday's Abu Dhabi Grand Prix threw Formula One's decisive title conclusion into doubt, Mercedes announced Thursday morning that it will not appeal the results of the race. This means Max Verstappen is the indisputable 2021 F1 world champion.

The FIA issued a statement Wednesday saying that the public's "significant misunderstanding" of what happened was tarnishing the sport and that it would be launching an investigation. This would reportedly involve analysis with teams, drivers, and within the broader sporting environment.

Mercedes lodged two protests in the 30 minutes after the race. One was against Verstappen, alleging that he had overtaken Lewis Hamilton behind the safety car. The other was against Red Bull Racing over winning the race following what Mercedes (and many others) considered an unfair application of the safety car rules. Both protests were dismissed in the stewards' office and so Mercedes lodged its right to appeal, giving them 96 hours to put together its arguments.

However, Thursday morning Mercedes issued a statement that it will not go on to appeal the 2021 world drivers' championship result any further. The statement is addressed to the F1 community and fans, saying the following:

"We left Abu Dhabi in disbelief of what we had just witnessed. Of course, it's part of the game to lose a race, but it's something different when you lose faith in racing. Together with Lewis, we have deliberated carefully over how to respond to the events at the Formula 1 season finale. We have always been guided by our love of this sport and we believe that every competition should be won on merit. In the race on Sunday many felt, us included, that the way things unfolded was not right. The reason we protested the race result on Sunday was because the Safety Car regulations were applied in a new way that affected the race result, after Lewis had been in a commanding lead and on course to win the World Championship. We appealed in the interest of sporting fairness, and we have since been in a constructive dialogue with the FIA and Formula 1 to create clarity for the future, so that all competitors know the rules under which they are racing, and how they will be enforced. The Mercedes-AMG Petronas team will actively work with this commission to build a better Formula 1 - for every team and every fan who loves this sport as much as we do. We will hold the FIA accountable for this process and we hereby withdraw our appeal."

The statement then confirms that, as part of putting faith into that process to resolve a fairer, clearer picture, the team is withdrawing its right to appeal. It also goes on to give "sincere respect" to Verstappen and Red Bull and to say Mercedes looks forward to the 2022 fight, before moving on to congratulate its own team. The statement describes Hamilton as "the greatest racer in the history of Formula 1" and "a flawless sportsman on and off the track."

It also thanks outgoing driver Valtteri Bottas for his role in five world constructors' titles and every member of staff at Mercedes' F1 and power unit manufacturing teams, saying "you've written a historic chapter in the Silver Arrow story by winning the eighth Constructors' Championship - in a row."

Max Verstappen Is Your 2021 F1 Champion. Here’s Why People Are Mad

The best F1 championship fight in decades boils down to bickering and even lawyers.

We talk with the popular Finn about his desire to win the F1 championship—and how some things just aren’t meant to be.