A new cost cap will also apply to tech partnerships and any power unit development. 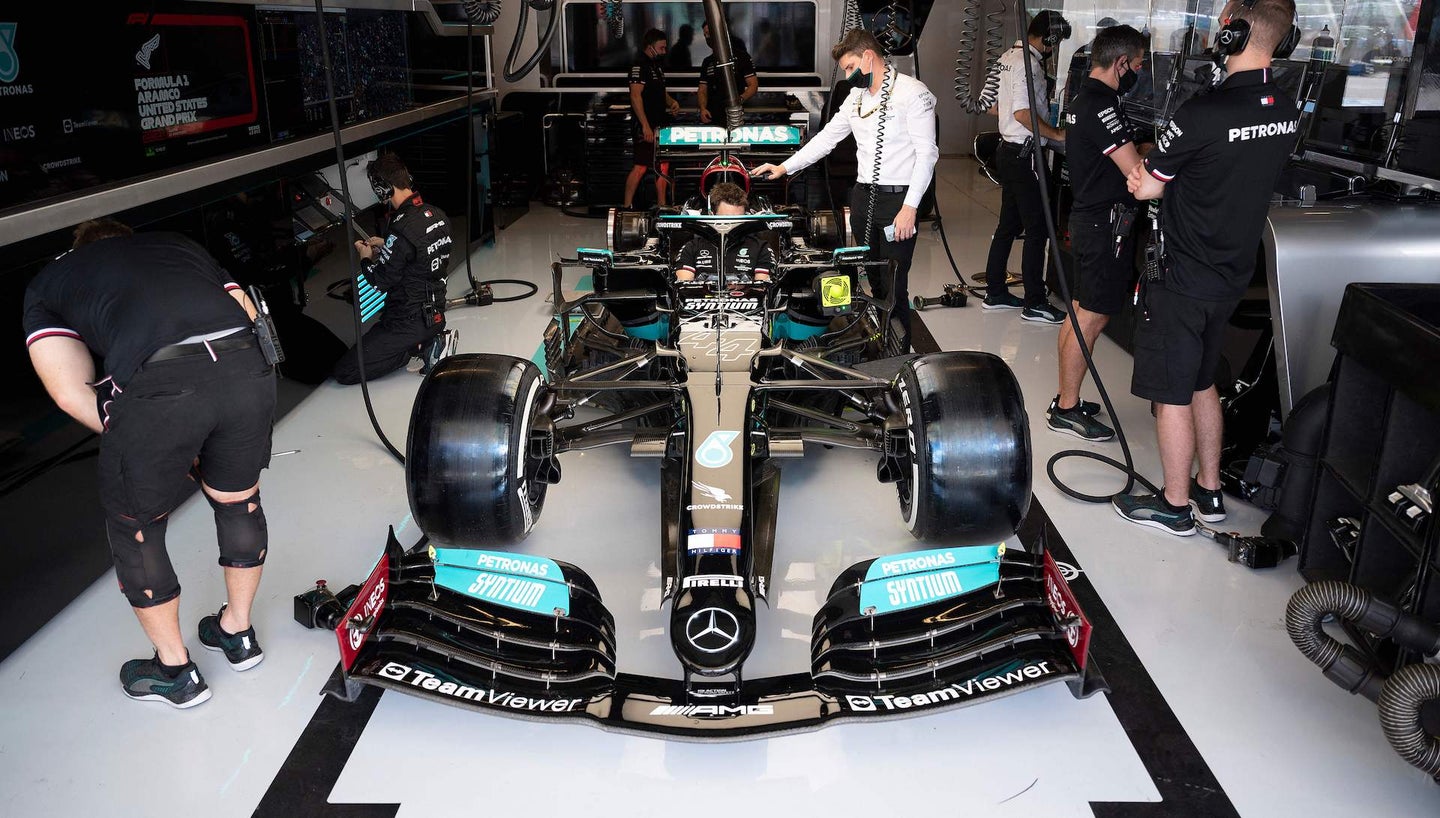 Formula One's regulations are a labyrinth of sporting regulations usually found under scrutiny during any race weekend or, say, controversial title decider. There are also technical regulations, however, and those get just as much of a workout over a season. In 2021 it's been all flexi-wings and party-mode engines, but back in 2014 when the hybrid era of F1 really began, one of the most controversial issues was MGU-H, or "Motor Generator Unit - Heat."

For its 2026 power unit regulations, the World Motor Sport Council signed off yesterday that F1 would be keeping its 1.6-liter V6 engines, but getting rid of the MGU-H. That being said, the power limit from the hybrid system would increase nearly three times, from the current 120kW to 350kW. That's all good, as the current limit never made any sense—as the MGU-K (Motor Generator Unit - Kinetic) could have been recovering much more under an F1 braking event.

MGU-H is being done away with entirely and there's going to be an overall cost cap introduced—not just for the actual running of an F1 team, but also for developing the power unit technologies. This will be a big deal for manufacturers looking to join F1 in the future. Previously that's been totally off the table for discussion, but that's now changed as Red Bull's trying to set itself up as a manufacturer. Significantly, the WMSC decision specifically says that this is to open the doors: "newcomers: make it possible for them to join the sport at a competitive level."

Motor Generator Unit - Heat is actually a slightly weird way of referring to it because MGU-H is basically "Motor Generator Unit - Exhaust Gases." At the most basic principle, it's a turbine that sits in the exhaust, but that's been redefined technologically as part of F1's extraordinarily expensive hybrid era. Although there are a few road cars with MGU-H, they're few and far between. And while manufacturers do love selling bonkers AMG hypercars, they're not exactly relevant to mass production.

If as an automaker you have to spend years developing one and then get absolutely owned for your money, the project might prove less than popular with the board of directors. It's unquestionably one of the sticking points, in terms of development cost, for Honda and takes R&D away from MGU-K, which is a high-end version of any powertrain electrification—which definitely is road car technology.

The weird thing is, the only potential new entrant to F1 right now as a power unit manufacturer is Audi or Porsche. It's relatively unlikely the VW group would enter both as competing R&D efforts, so it's much more likely there'd be synergizing as with their incredibly different and not at all totally collaborative LMDh entries. Yes, if there were two teams they'd have to build their own chassis, but something a bit like AlphaTauri and Red Bull's arrangement for sharing things like gearbox, etc.

Which feels weird to blame, say, Porsche, for getting rid of MGU-H. They already built one - it won Le Mans three years in a row, in the 919 Hybrid LMP1. But whatever makes everyone agree, at this point.

Max Verstappen Is Your 2021 F1 Champion. Here’s Why People Are Mad

The best F1 championship fight in decades boils down to bickering and even lawyers.