Figurehead of the racing Unsers and Indianapolis Motor Speedway hero passed away after fighting cancer. 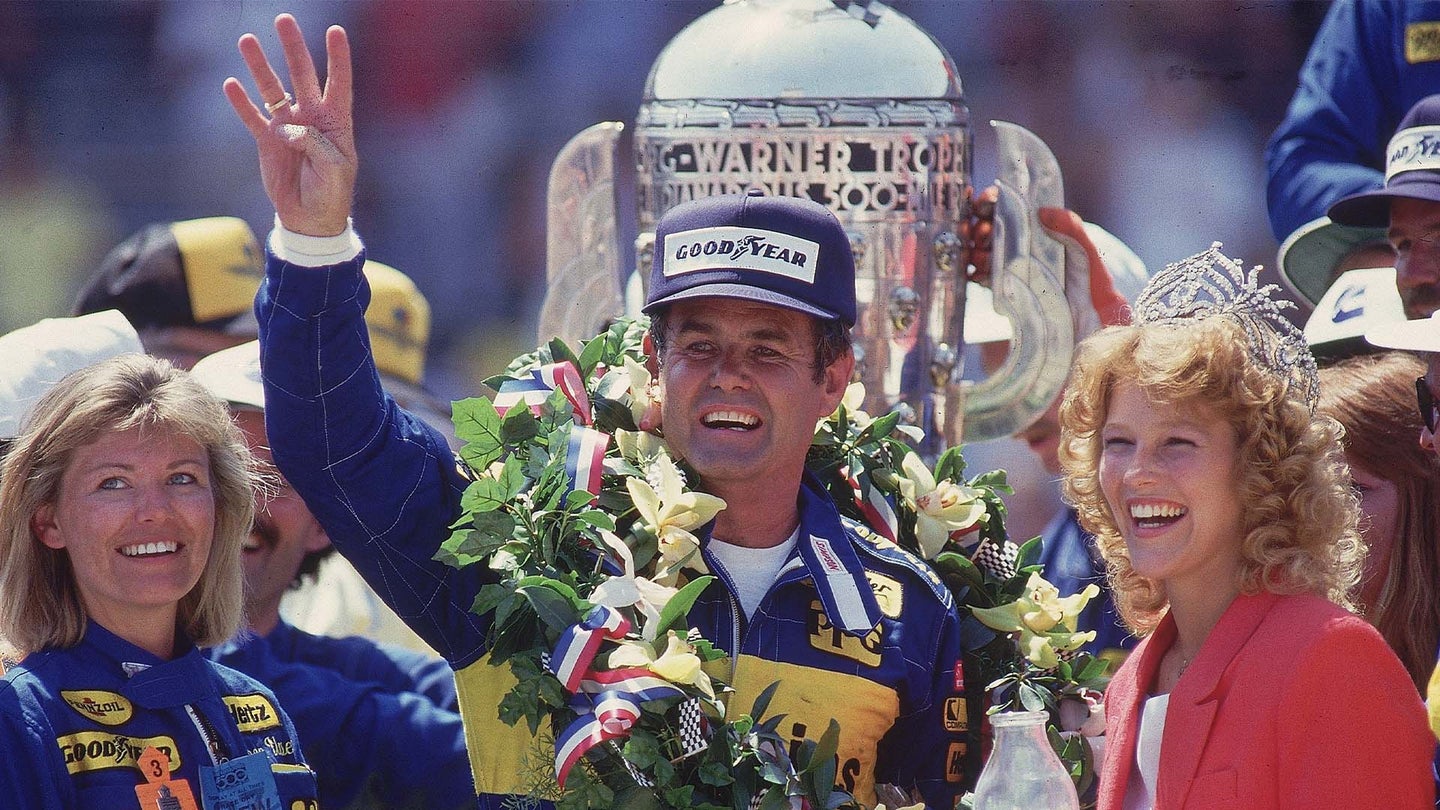 In the same year that his brother Bobby passed away, so too has four-time Indianapolis 500 winner Al Unser Sr. The New Mexico native and nationwide racing celebrity was 82 and had been battling cancer.

Unser Sr. led his family in Indy victories, taking four of the Unser clan's nine total wins around the Brickyard. He nabbed the checkered flag in back-to-back years in '70 and '71, then the third in '78, and for a final time in '87. He also won three Indy car championship titles, famously beating out his son Al Unser Jr. in 1985.

Only three other drivers have kissed the bricks four times in their career—AJ Foyt, Rick Mears, and after 2021's contest, Helio Castroneves. All respected Unser Sr. for his smarts on track, and his longevity was undeniable. His final race came the day after his 54th birthday at the '93 Indy 500.

After hanging up his helmet, he stayed close to Indianapolis Motor Speedway, although he was neighbors with Bobby Unser in Albuquerque until his passing this May. Unser Sr. could always be spotted at pre-race parades ahead of the Memorial Day Classic, and he was inducted into the track's hall of fame in 1986.

"I will always remember Big Al welcoming me to the Speedway," Castroneves told the Associated Press on Friday. "He and Johnny Rutherford were the two helping me with my rookie orientation. He will be missed."

Unser Sr. is survived by his wife, Susan, and son, Al Unser Jr.

The oldest of the Unser racing dynasty, Bobby is one of only 10 drivers to win the race three times in the 100+ years it’s taken place.