Jamie Chadwick Feels the Weight of Representing Women in Motorsport

The reigning W Series champion talks to us about her future ahead of this year’s COTA finale.

Jamie Chadwick has been W Series champion for, probably, a lot longer than she would have expected. She won the series in 2019, its inaugural year, and was set to come back to defend her title in 2020. Then, well, everything that happened in 2020 happened. Now, in 2021, Chadwick's in the championship fight again, going into the final races of the season on matching points with rival Alice Powell. W Series' title will wrap up over a double-header at Circuit of the Americas this weekend, alongside the Formula One Grand Prix.

The Drive caught up with her recently to see where her head's at, what's changed between years past and now, and her thoughts on women's participation in racing.

The Drive: This season of W Series feels like a huge distance from the first. What's it been like being back on track?

Jamie Chadwick: I think all of us were just so excited to have W Series back and to have that level up on the F1 package as well, we all noticed a big, big difference come the first race. So, yeah, it's definitely been exciting. Being very tight with Alice [Powell] at the top, it's kind of been ebbing and flowing the whole year. One weekend it swings her way, the other weekend my way.

So it's ended up being this tight battle all the way through, which I wouldn't say was quite the case in 2019. I kind of always had an edge [then] but yeah it's been fantastic. I think it shows the depth of talent in the series and it's exciting now going into the last two races.

TD: W Series introduced a team structure this year. Now you're racing for Veloce as well as in Extreme E. How's that changed things?

JC: It's really nice for me. I mean, it still does feel quite centrally run. Even though you've got this team structure, it still feels like you're kind of all within the same team. We're still sharing data, everything is effectively under one roof in that sense. But to still be able to represent Veloce and carry the team logo in W Series as well as Extreme E and everything I do, it's a nice parallel for me to have.

JC: I've really loved it. I think because it's so new, the whole experience has been just fantastic for me to be able to have that. And obviously, the transition to off-road racing as well has been something quite different for me, but I've enjoyed the challenge of it. It's a bit frustrating—or a shame, at least—that the races clash quite a lot with W Series, so I haven't been able to fulfill the whole season. But that said, I think everything Extreme E stands for—with both trying to raise climate change awareness and also the gender equality aspect of it—just adds a whole new dimension to me. So it's exciting to be a part of it.

TD: You can say you don't want to comment on this if you want, but there was a recent interview with Michelle Mouton that the FIA republished—which felt kind of pointed—where she criticized W Series and weirdly claimed there were no barriers to competing in motorsport. When you're looking at championships like Extreme E, where every team's mandated to have a woman driving for them, it clearly seems to work and results in much greater visibility for women in motorsport. But a lot of people still seem to consider it gimmicky or have an issue with it. What would you say to that?

JC: I think W Series stands for the same purpose as what Extreme E's trying to do by making the female driver required in the championship. What that does is give massive visibility and exposure to women in motorsport, giving us this opportunity to be racing at such a high level.

I think the experience that that obviously gives us is only going to improve us as drivers and give us opportunities further down the line all throughout motorsport. Ultimately, Formula One is the end goal for a few of us, but [we also aim for] also sports cars, Extreme E, and everything. [W Series] gives us this big platform a leg up to do that.

And without W Series, in my opinion, there's a handful of drivers that wouldn't have that opportunity. So I think definitely there's still a lot that needs to change and a lot of improvement that needs to be made to see women competing at the top level on merit. But I think we can't knock it for these kinds of fantastic initiatives that do such a good job at giving the likes of myself such a great opportunity.

​TD: Do you think you would have done Extreme E without W Series?

JC: No. And to be completely honest, I think I would have struggled to see my career progress, even to a small percentage of where it is now without W Series because I think the season's racing helps for sure.

But the exposure it's given me has given me the chance to have some of these more high-profile opportunities, like the Williams development role and the Extreme E seat. And for sure that wouldn't have happened without W Series.

TD: Looking ahead to the last few rounds of the W Series season, obviously it's really exciting to be going to COTA. If you win the title again, what's next for you?

JC: It's hard to really know what's next at the moment. Obviously, I've got the role [as a development driver] with Williams, so I want to really pursue that and hope to have a slightly more integrated role within the team. And yeah, just see what other opportunities are available.

If I do win it again I think there's quite a lot of weight on my shoulders to represent women in the best light in the sport and showcase the talent that there is in W Series. So I need to be mindful of that. But looking forward, if the right opportunities present themselves, I'd like to think we can continue progressing in single-seaters, out of W Series, and hopefully into a feeder series for Formula One.

TD: Last question. You said there's quite a lot of weight on your shoulders because when people think of a woman who might make it to Formula One, your name almost always comes up. Yet you're not even just racing for your own reputation, but rather for the whole of women in the sport?

JC: Yeah. I mean, I see it selfishly. I see it as my responsibility. But that said, I think there are a lot more factors to it than that. It can't just be just me. My success or failure shouldn't, in my opinion, have a whole lot [of weight] in the sport.

Of course, I've been given these amazing opportunities, but I think I'll be a good case study for someone. I try to pave the pathway. If I don't make it, it shouldn't take out all women in motorsport. But hopefully, we can make a change from the difficulties I've had and we can do it in a positive way.

Got a story tip? Mail it into tips@thedrive.com. 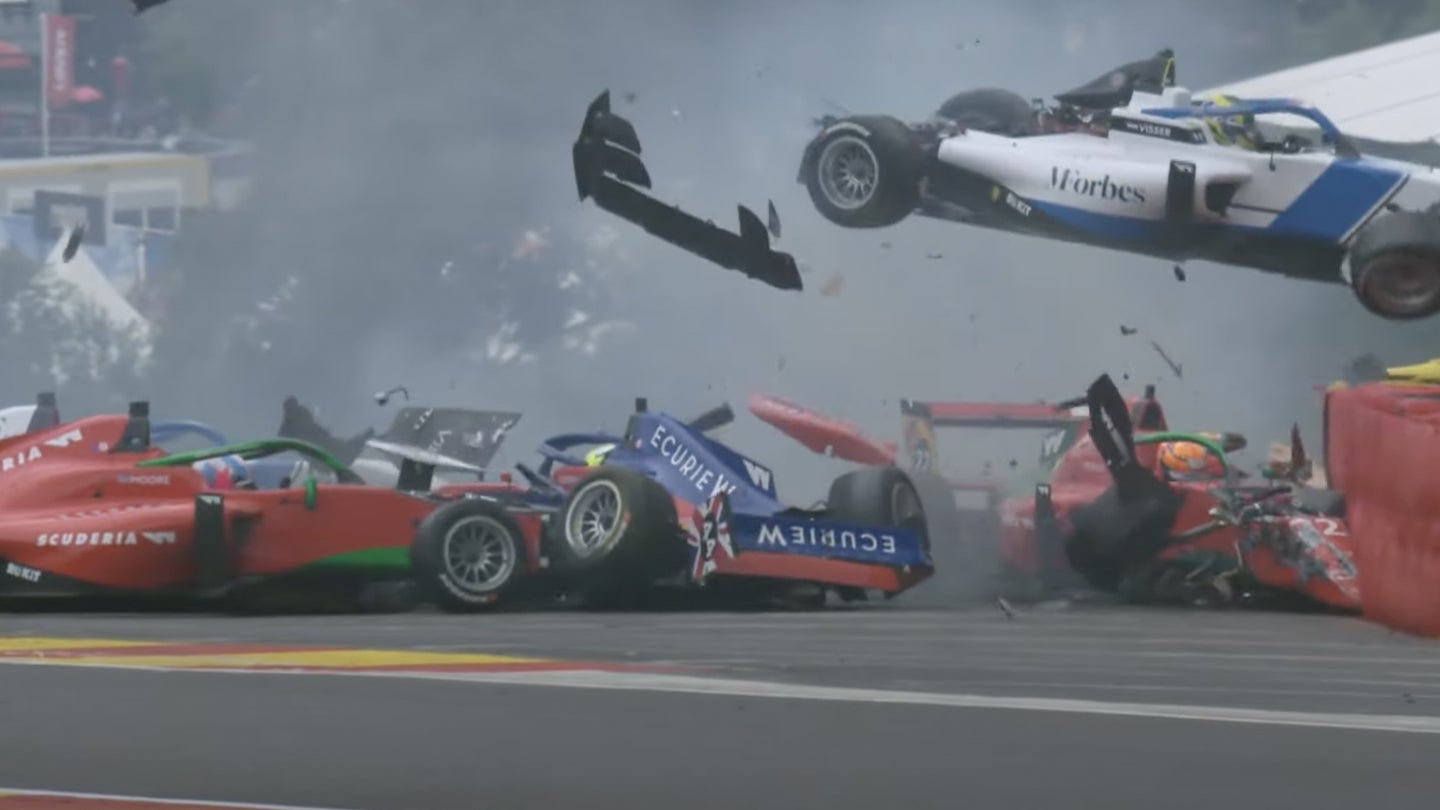 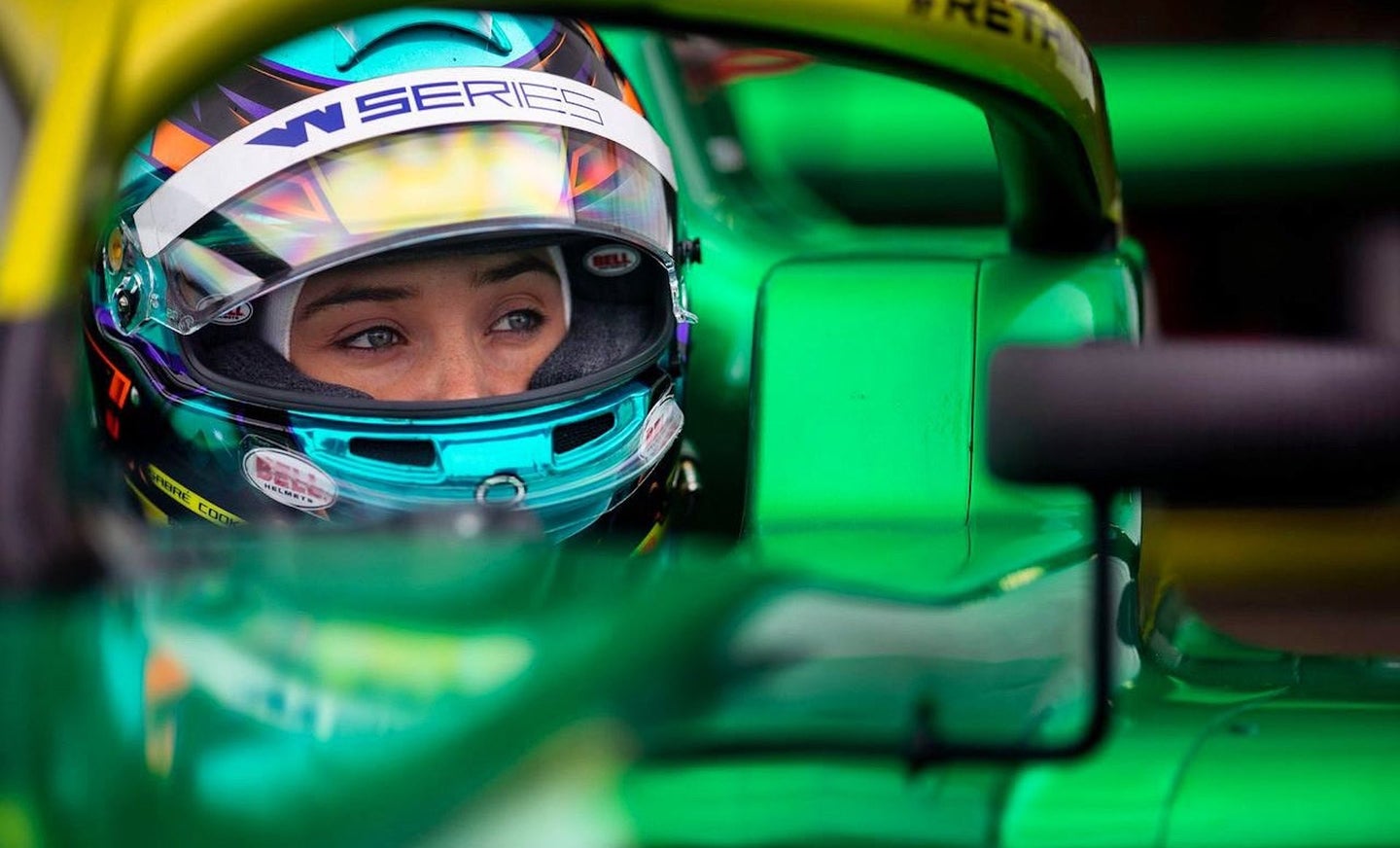 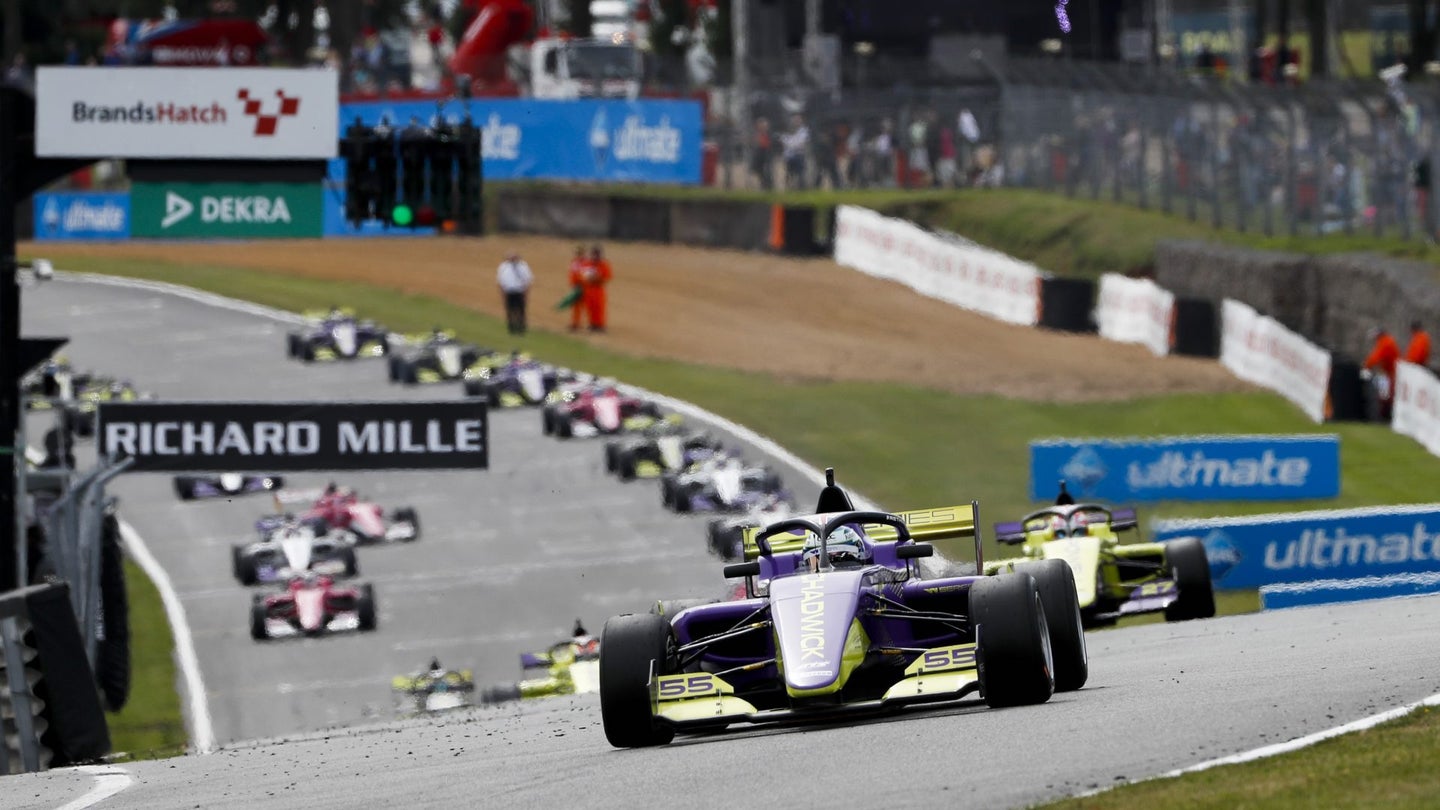