Sebastian Vettel Is Still Disqualified From the Hungarian Grand Prix 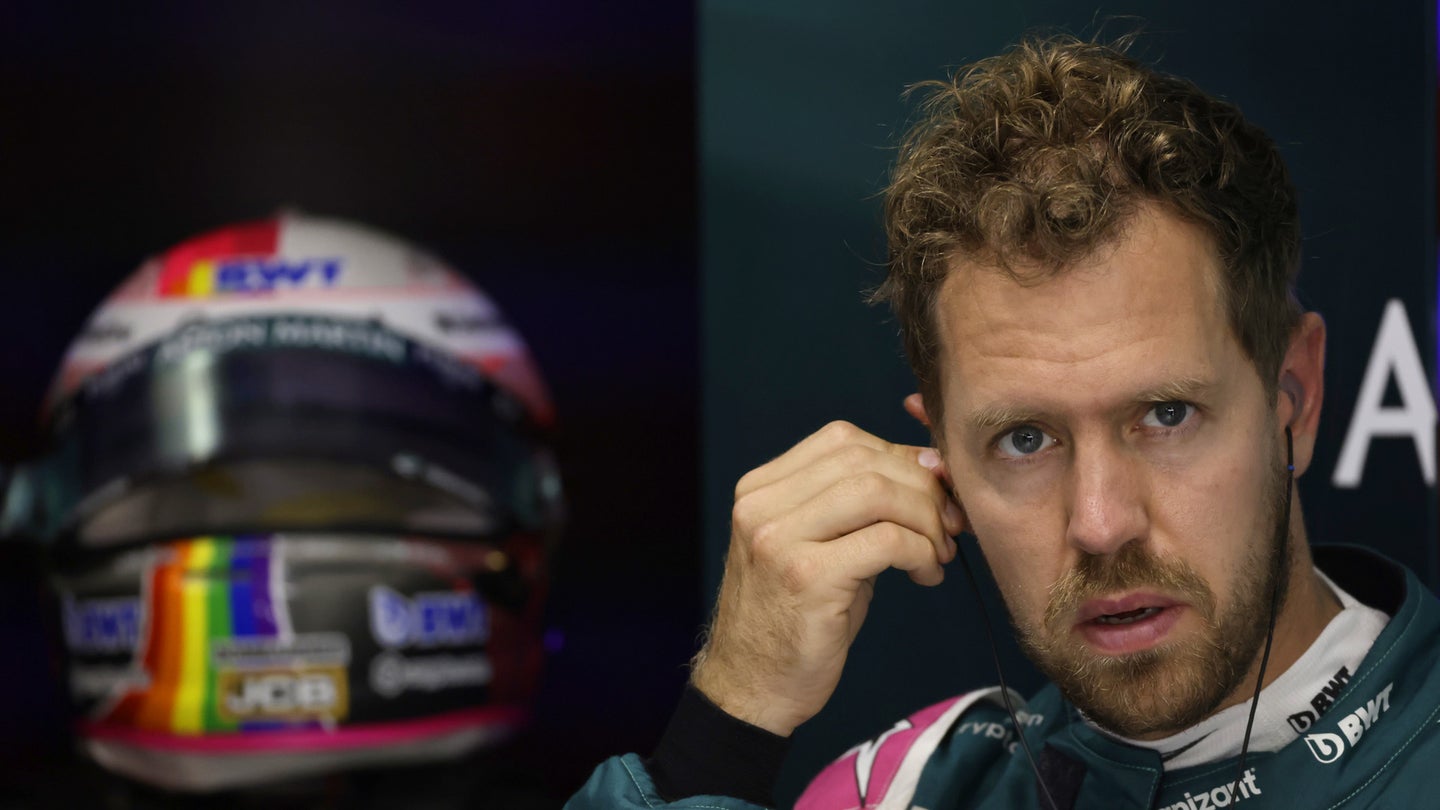 Aston Martin gave it a flipping good go in terms of trying to save Sebastian Vettel’s second-place finish in the Hungarian Grand Prix. The team was initially insistent that there was more than enough fuel in his car for a sample, saying that although only 300 milliliters could be pumped out there was easily 1.44 liters or even, by the time they lodged an appeal, 1.7 liters showing as still in the car.

Because it’s the F1 summer shutdown, no one would've been allowed to do anything with the car anyway—there’s pretty much a total moratorium on anything happening at factories to give team members a break. So there was nothing for the team to lose by letting the FIA impound it and try and get that amount of fuel out in a full appeal process. And while they're at it, Aston requested a review of the penalty overall. Technically, we've only heard the outcome of the second one of those but unfortunately, it's not looking good for either.

Aston had its hearing with the stewards this afternoon at 3 p.m. European time and we’ve found that the decision didn’t go the team and Vettel’s way.

As when Red Bull tried to ask for a review of Lewis Hamilton’s penalty from the British Grand Prix, Aston Martin had to provide new and relevant evidence that wasn’t available at the time of the disqualification but had not, say, been simulated by making Jess Hawkins drive laps to prove enough fuel could be left in a different scenario.

Fortunately, Aston Martin made a better attempt than that. And if it had been able to prove there was a way to get a liter of fuel out of the car then this would’ve been one of the rare occasions when a team actually gets the FIA to at least take another look at the penalty.

Unfortunately, it wasn’t to be. Although all of Aston’s readings from the car immediately after the race said there was plenty of fuel for the sample, that turned out to be due to a loss of pressure in the fuel cell. Air got blown through the cell to repressurize it and “a significant amount of fuel was inadvertently discharged.”

Given other drivers were already struggling with fuel management over the race distance, having started in the wet, losing a significant amount would really put you at a disadvantage and it’s not surprising Vettel’s car wasn’t coughing it up. Or, given the whole fuel system had gone partially haywire mid-race, that the readings were saying something different than what was really left.

Aston Martin itself admits that once it had done the post-race analysis, there was no way a liter of fuel remained to be taken out of the car. It sucks, but there it is.

Unfortunately, the technical rules don’t care why you couldn’t produce a fuel sample, only that you couldn’t. So Aston’s evidence—although an interesting explanation for why it was struggling—doesn’t make for a case to review the disqualification and Vettel will lose the second place. In theory, the team could plow ahead with an appeals process but given it's been confirmed that it won't be possible to remove the sample from the car, no matter how much they jiggle it, it'd be a weird way to contribute another five-figure sum to the FIA end-of-season bar tab.

It’s a shame, but we’ll always have the paddock’s new recycling enthusiast dad in rainbow trainers to hold on to. And we gain one piece of new trivia: Carlos Sainz Jr. hasn't actually stood on half the podiums he's achieved.

After mounting an impressive charge to second place, Vettel was disqualified over an insufficient fuel sample.