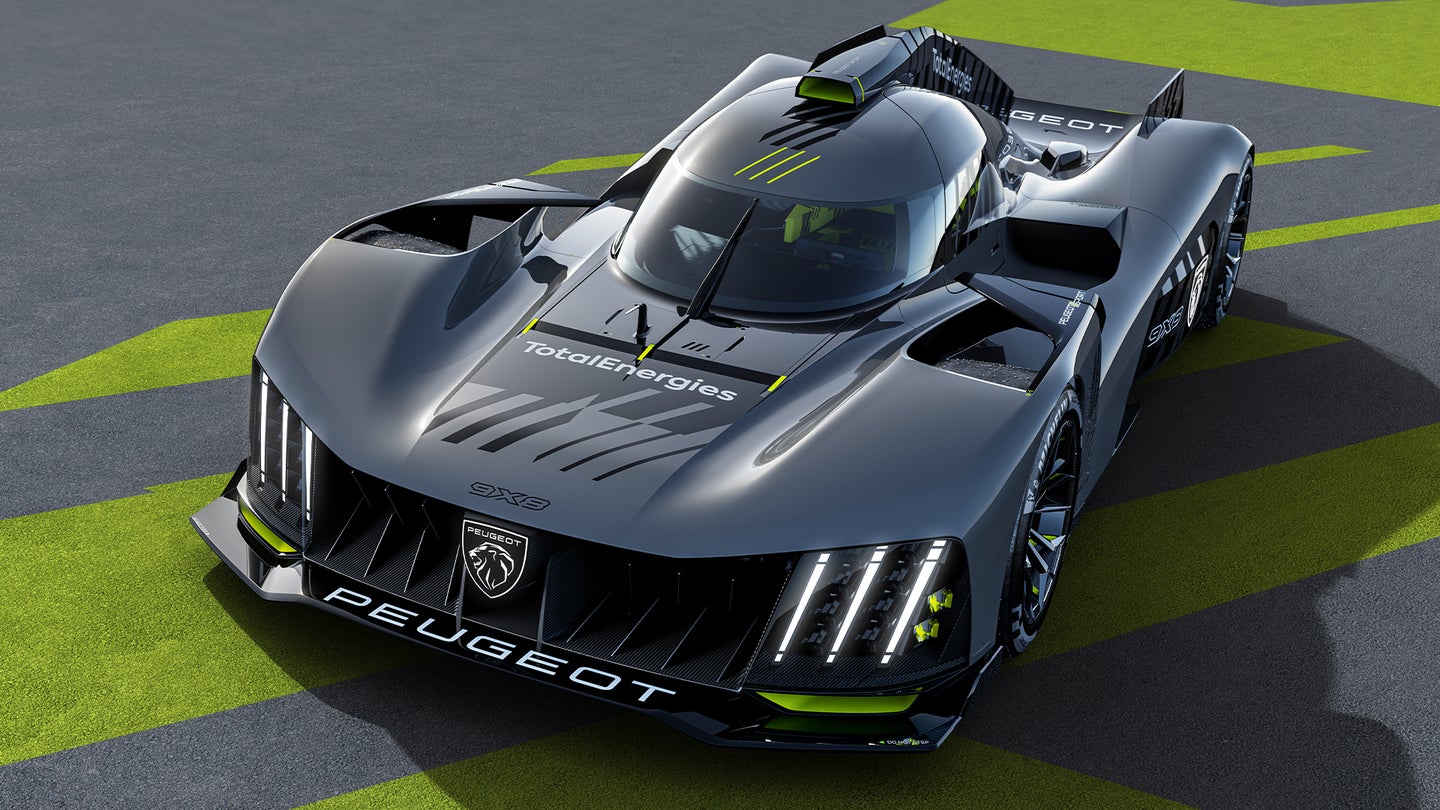 Global motorsport sanctioning bodies are taking steps to standardize rulesets for their top-class race cars. This not only nips the problem of spiraling costs in the bud but also allows one car to be raced competitively across multiple continents—a Le Mans Hypercar, for example, could enter IMSA's LMDh class without alteration. One party that could take advantage of this is Stellantis, which is reportedly considering racing Peugeot's radical 9X8 Le Mans Hypercar in America under another brand.

This possibility was disclosed to Racer by the Senior Vice President of Stellantis Motorsport, Jean-Marc Finot. The executive confirmed Stellantis is toying with racing its Peugeot prototype in the United States, though the French make's return to this market has been canceled. Instead, veteran sportscar reporters Marshall Pruett and Graham Goodwin write that it may be raced as a Dodge.

"While we only heard this confirmed a week ago it certainly has led to some very open discussion, not only about whether Peugeot might add races in the United States, but also about whether the 'spine' of this car might have opportunities with other brands in the Stellantis Group—there are no conclusions, but there are now open discussions," said Finot.

If green-lit, Dodge's first top-class endurance race car since the Viper GTS-R in the 1990s would be an all-wheel-drive hybrid, with an electric front axle and internal-combustion power at the rear. In the LMH Peugeot 9X8, this means a 2.6-liter, twin-turbo V6, whose 671 horsepower (500 kilowatts) combines with a 268-hp (200kW) front axle for a total output of nearly 940 horse. It's typical funky French, too; the rear drivetrain uses a seven-speed transmission to lay down useful power at all speeds, and the car completely foregoes a rear wing, relying instead on underbody downforce.

Two Peugeot 9X8s are reportedly slated to compete in the LMH class's inaugural 2022 season, where it will compete with entries from Audi, Ferrari, Glickenhaus, and Porsche. Its potential Dodge derivative may follow in 2023, when IMSA launches its LMDh category and integrates LMH cars, according to Daily Sports Car. It certainly won't be badged as a Charger, but that doesn't mean Dodge can't call it a Daytona—just don't expect that signature, sky-high rear wing.

That’s a Non for Peugeot’s Return to North America