Randy Mamola, known worldwide as one of the greatest motorcycle racers, was inducted into the World Championship Hall of Fame during MotoGP. 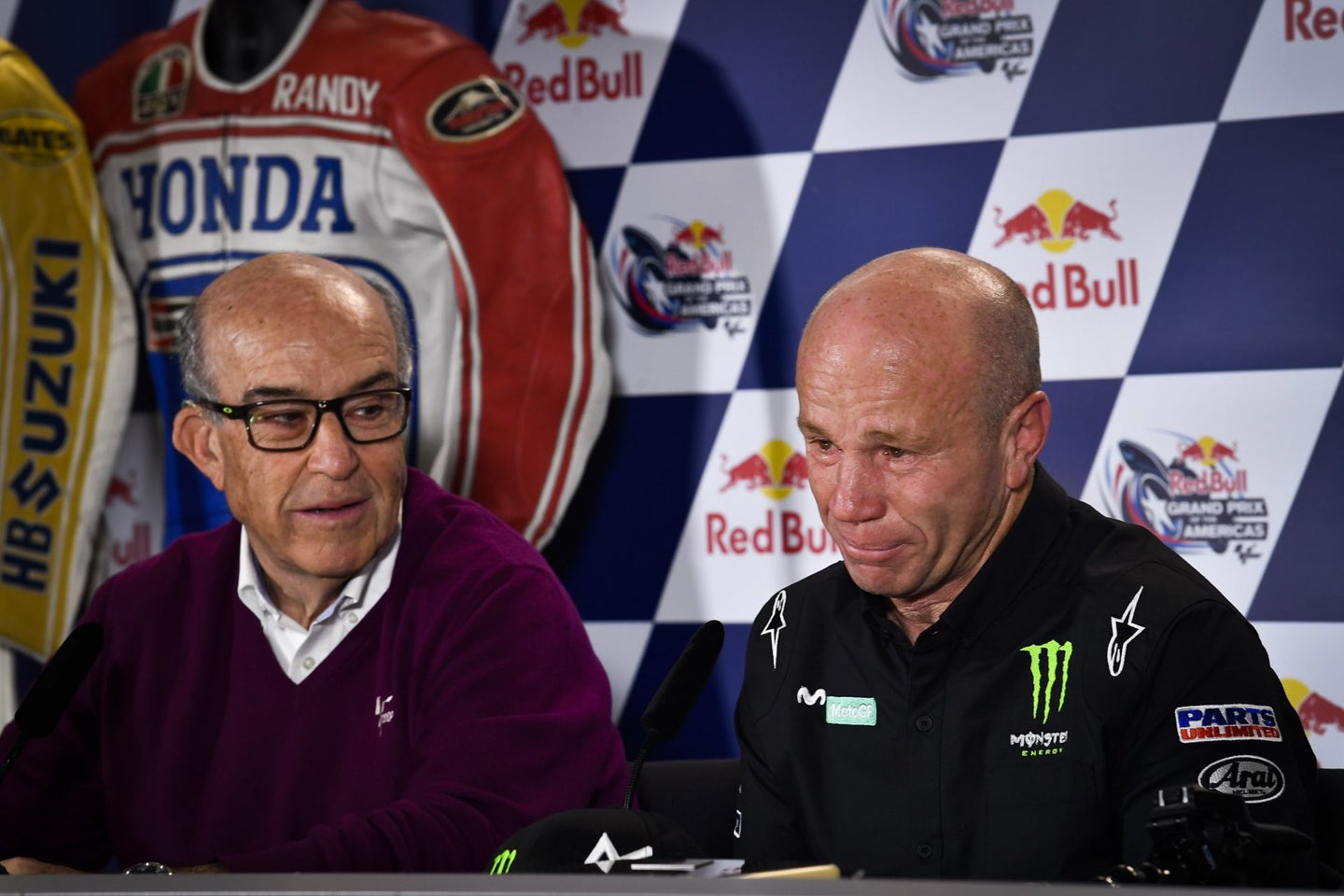 During the MotoGP Red Bull Grand Prix of the Americas in Austin, Texas at the Circuit of the America’s, former racer and popular star of motorcycle road racing, Randy Mamola, was inducted into the World Championship Hall of Fame . Mamola is known for having won many Moto Grand Prix races while luck had him miss out on ever winning a world championship. Since retirement Mamola has been an ambassador for the sport in the USA, Europe, and around the world.

During his Grand Prix career, that began in the late 1970s, Mamola rode for Suzuki, Honda, Yamaha, and Cagiva, finishing second in the motorcycle Grand Prix premier championship four times, before retiring from racing in 1992. In total, Mamola scored 13 wins and 57 podiums, and a reputation for being a much-loved prankster.

“When we created MotoGP Legends, it was to create a Hall of Fame for the MotoGP World Championship. This is the first time we’ve nominated someone who has not been World Champion in the premier class. For his years in the Championship, and collaborating with us later on in many programs, he’s a real legend of MotoGP. His collaboration with Riders for Health and now, Two Wheels for Life, have made him that. We’re very honored to nominate him here in America, in front of a great number of American riders and Champions,” said Carmelo Ezpeleta, CEO of Dorna Sports.

“It’s a great honor to be appreciated by the sport. When I got the call it was a huge shock and ever since then trying to come up with a speech or something I want to talk about…The unique thing about my career was that I stood on the podium in three decades, the ['70s, '80s and '90s], in the 500 class. That was unheard of when you think about the American riders that came over to Europe,” said Mamola.

He continued, “My mother and father, who are 92 and 88, said it’s about time you’re becoming a Legend. They’ve been married 68 years. They’re strong and that’s what’s made me strong. My father also told me he’d kick my butt if I ever thought I was above anybody, and that’s why my feet are firmly on the ground. My father also always said, be grateful for what you have.”

Hamilton, a four-time Formula 1 world champ claims to have reconsidered the 2018 racing season.