The iconic racer who wore number 34 is celebrated by Alpinestars with the Kevin Schwantz Supertech R boots. 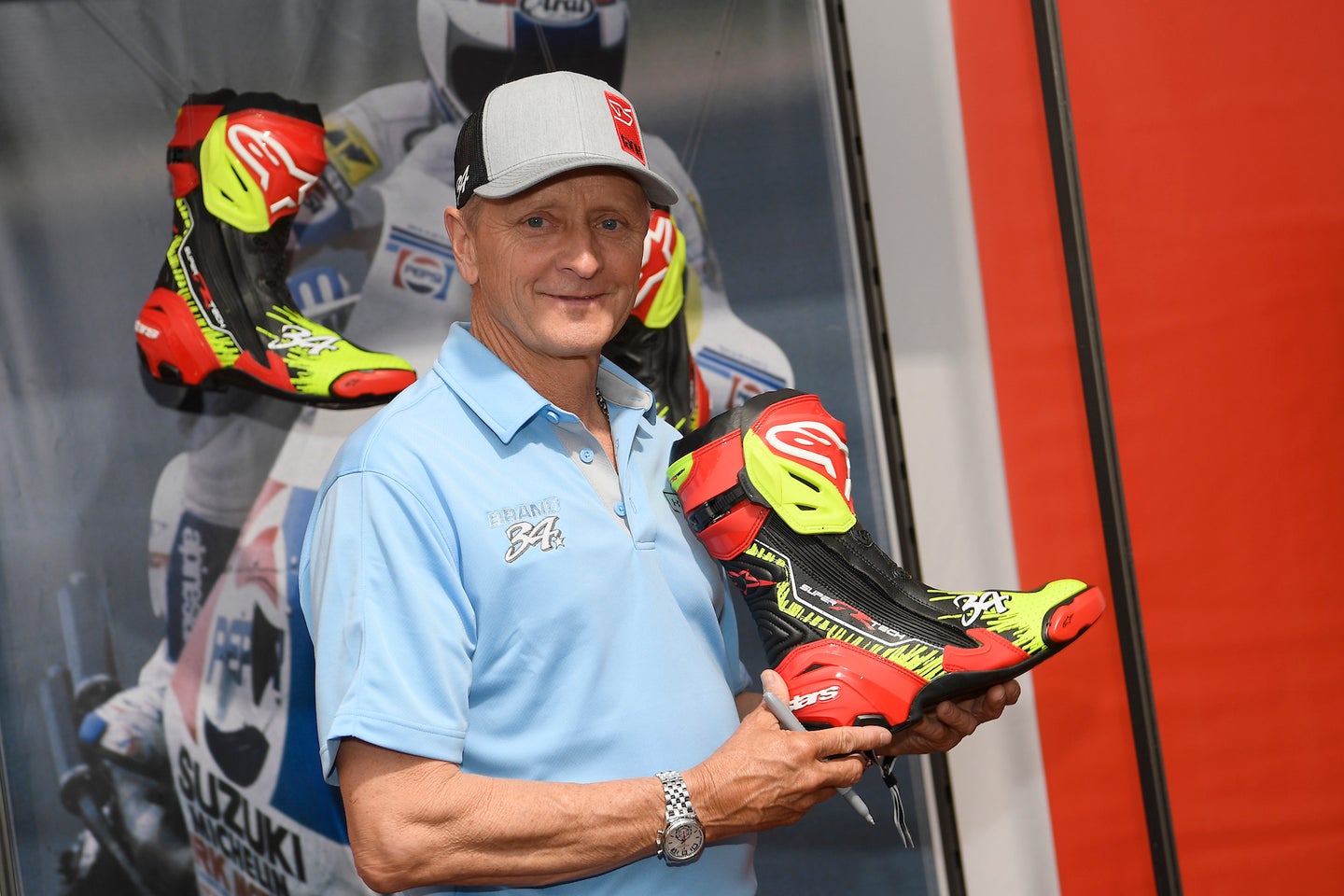 Introduced to the public this past weekend at the MotoGP Grand Prix of the Americas, the Alpinestars Kevin Schwantz Supertech R boots were created in celebration of the 25th anniversary of the rider's world championship, earned on a Suzuki in 1993.

Schwantz’s place in the history of motorcycle Grand Prix racing stands out due to his multiple hard-fought battles for the championship (which he only won once), his loyalty to Suzuki throughout his GP career, and his emotional and unprecedented early-season retirement from racing in 1995, after a miserably wet race in Japan. Schwantz is also an inductee into the World Championship Hall of Fame.

These limited-edition boots honoring the beloved racer, who is also a favorite of motorcycle racing legend Valentino Rossi, sport the splashes of color that Schwantz is identified with wearing during his Grand Prix racing years. To wear these boots you either have to love the colors or love Schwantz—maybe even both. Alpinestars is one of the major players in the technical field of road racing protective gear and is worn today by such MotoGP riders as Andrea Dovizioso, Marc Marquez, and Dani Pedrosa, to name a few.

The innovative Supertech R boots are engineered for protection, flexibility, mobility, and comfort, and these same boots that are worn by sponsored factory MotoGP and World Superbike racers are available for purchase by every motorcycle rider. Motorcycling is a lifestyle and a sport of emotion, so for collectors of limited edition Grand Prix racewear, these boots will likely be highly sought after.