His greatest achievement (and biggest frustration) was losing the world championship to Nelson Piquet by one point in 1981. 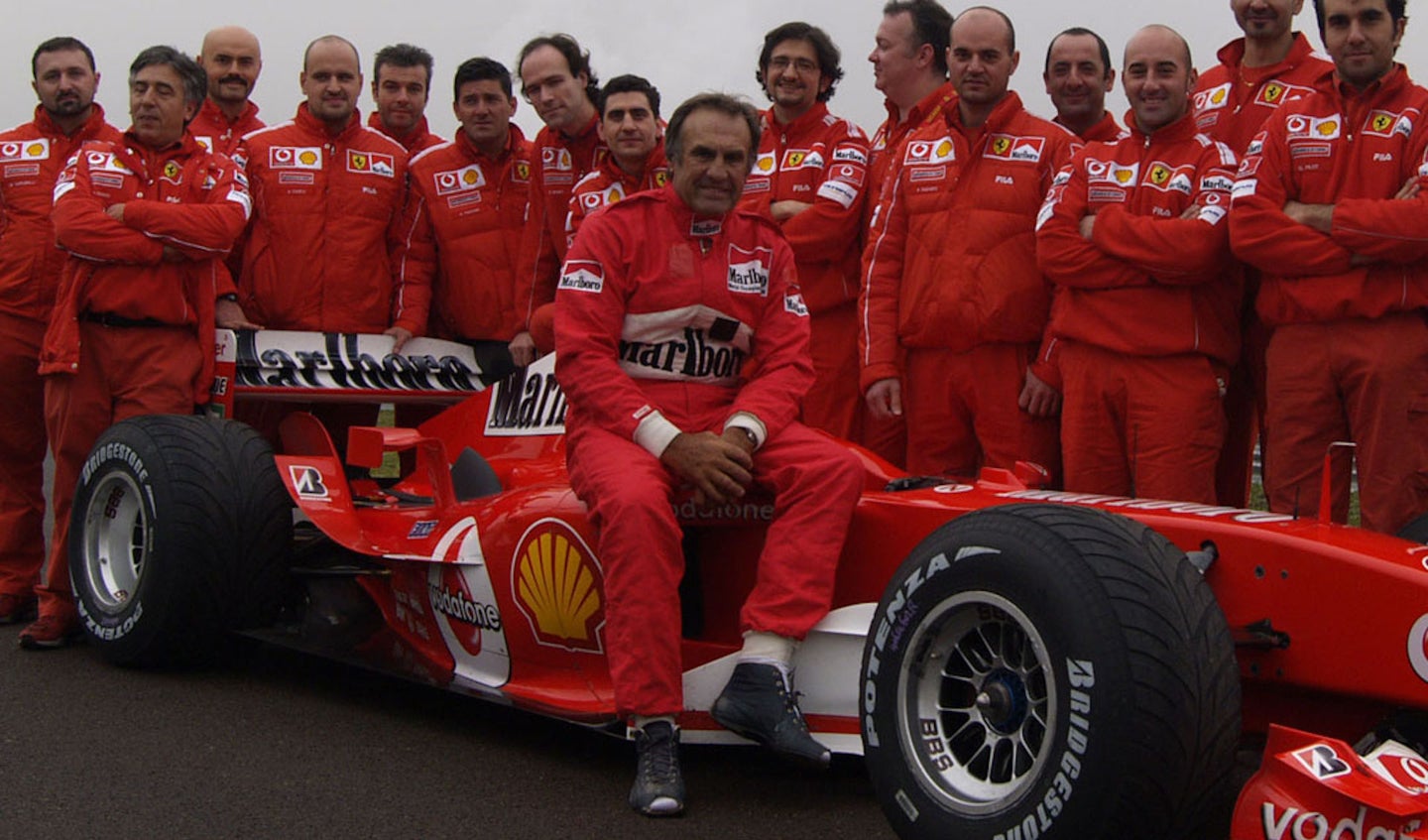 The Reutemann family confirmed the passing of Carlos Reutemann Wednesday afternoon, after being hospitalized since late May in oftentimes critical condition. The Argentinian star drove in Formula One in the 1970s and early '80s and went on to become a politician in his home province of Santa Fe, Argentina. He died aged 79.

Reutemann drove for Brabham, Ferrari, and Williams over the course of his F1 career and won 12 grand prix throughout the years. He raced in the series for 10 years, from 1972 until 1982, only going back to driving briefly in the mid-80s, when he placed on the podium in the 1985 Rally Argentina.

Reutemann came third in the world drivers' championship three times, in 1975, 1978, and 1980 and was regarded as the successor to Argentina's early, great F1 drivers Juan Manuel Fangio and José Froilán González.

The biggest success—and most gigantic frustration—in Reutemann's career was the 1981 season. He led for most of the season, right up until the final round. Intended to be at Watkins Glen, the circuit went bankrupt mid-season and in the sort of egregious move F1 would definitely never try and pull off today, scrambled together a track in the car park of a Las Vegas hotel.

In blistering Nevada heat, the cars did weird stuff and drivers succumbed to exhaustion. Despite taking pole, Reutemann ended up well down the order and even a late-race recovery couldn't put him ahead of Nelson Piquet, who beat him to the title by a single, heat-hazed point.

Reutemann's political career began when he was elected as governor of Santa Fe, Argentina in 1999, a role he held until being elected to the national senate in 2003. He remained active in that role until his death.

After suffering from cancer in 2017, Reutemann is understood to have been admitted to the hospital in May with gastrointestinal bleeding. Despite a discharge, he returned to the hospital and reports earlier today said he had gone back into intensive care.

Reutemann's daughter, Cora, posted to Twitter saying that her father had died, "in peace and dignity, after fighting like a champion."

Formula One issued a statement saying: "We are all deeply saddened to hear that Carlos Reutemann has passed away. He was a big part of our sport for many years and was a fighter to the end. He will be greatly missed."

Got any tips? Email us at tips@thedrive.com

He’s won six of his seven titles with Mercedes and will roll into his 17th F1 season in 2023.

Mazepin’s ignominious first season in F1 has seen a lot of spinouts.