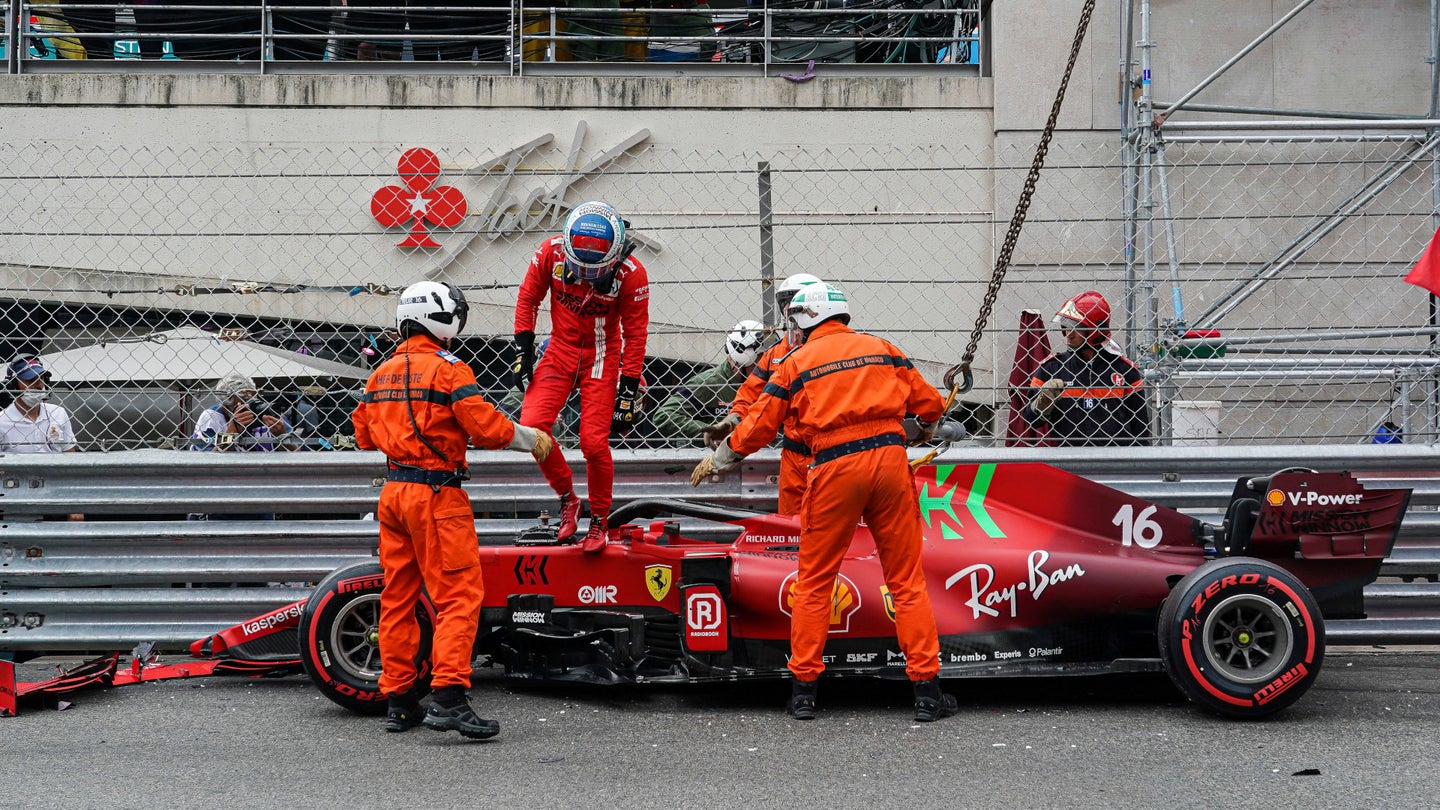 At the Monaco Grand Prix, the streets are narrow and the corners tight, making the event an exercise in finesse as much as raw speed. Qualifying can be a fraught business, as drivers push ever closer to the barriers looking for every last fraction of a second to claim the first spot on the grid. On occasion, the driver sitting on provisional pole has crashed during qualifying, bringing the session to a premature end and preventing other drivers from snatching the top spot. This happened most recently last weekend, prompting the FIA to consider adopting a rule in Formula 1 that would strip a driver of pole position under such circumstances, Autosport reports.

Such a rule would likely function similarly to those in sports like IndyCar and IMSA, which strip a driver of their times in qualifying in the event they are responsible for causing a red flag which ends the session. The intention is to stop drivers from causing a crash on purpose to block rivals from setting faster times once provisional pole is secured. When questioned by Autosport on the possibility of Formula 1 adopting such a rule, FIA race director Michael Masi stated "Yes, I know the IndyCar rule, which is also a rule in a number of other FIA international series and domestic championships around the world. We’ll look at it and, together with all of the key stakeholders, determine if it’s suitable or not.”

The discussion was prompted by the events of last weekend's Monaco Grand Prix—a race that proved challenging for some and frustrating for others. Charles Leclerc set the fastest lap midway through the Q3 session on Saturday at the Monaco Grand Prix, before going on to crash later in the session. With the car stranded and debris strewn across the track, the crash brought out the red flag, ending qualifying early. This robbed other drivers of the opportunity to beat his standing time, and secured pole for the Monégasque driver. Leclerc later dropped out of the Grand Prix, due to damage suspected to have been sustained in the very crash that secured him pole in the first place. Had he started the Grand Prix as planned, however, he'd have had a great chance of winning, with seven of the last ten races in Monaco won from pole—largely due to the difficulty of passing around the narrow circuit.

It's not the first time such events have come to pass at Monaco, either; Michael Schumacher was sent to the back of the grid in 2006 for attempting to end qualifying early, while Nico Rosberg was acquitted of wrongdoing after a crash in 2014. While qualifying could end prematurely at any track in theory, it's far more likely at Monaco due to the near-total lack of runoff areas, making it easy for a crashed car to dangerously block the track.

Driver opinion may not be in favor of the rule; both Max Verstappen and Valtteri Bottas saw no need for a rule change after qualifying according to Autosport. Given that the most recent incident was due to a genuine crash, rather than a calculated gambit, there is perhaps less perceived need for change. With the context of Schumacher's penalty in 2006, it may be that Formula 1's existing rules are already capable of managing the problem. However, it does still leave a bitter taste for some that a driver can crash and end up rewarded with pole position in the process. The key will be whether the FIA agree that it's a problem that needs to be solved.

The controversial Haas driver lost his temper with engineers who requested a settings change over the radio.

The car’s now being shipped back to the factory where Mercedes hopes to finally remove it.

Formula 1: Mercedes-AMG, Lewis Hamilton Hang on to 2019 Monaco Grand Prix Win by Skin of Their Teeth

It was nothing but a tire-management marathon for the talented Brit.