Formula 1 Drivers and Their Helmet Designs for the 2021 Season

The good, the bad, and the weird. 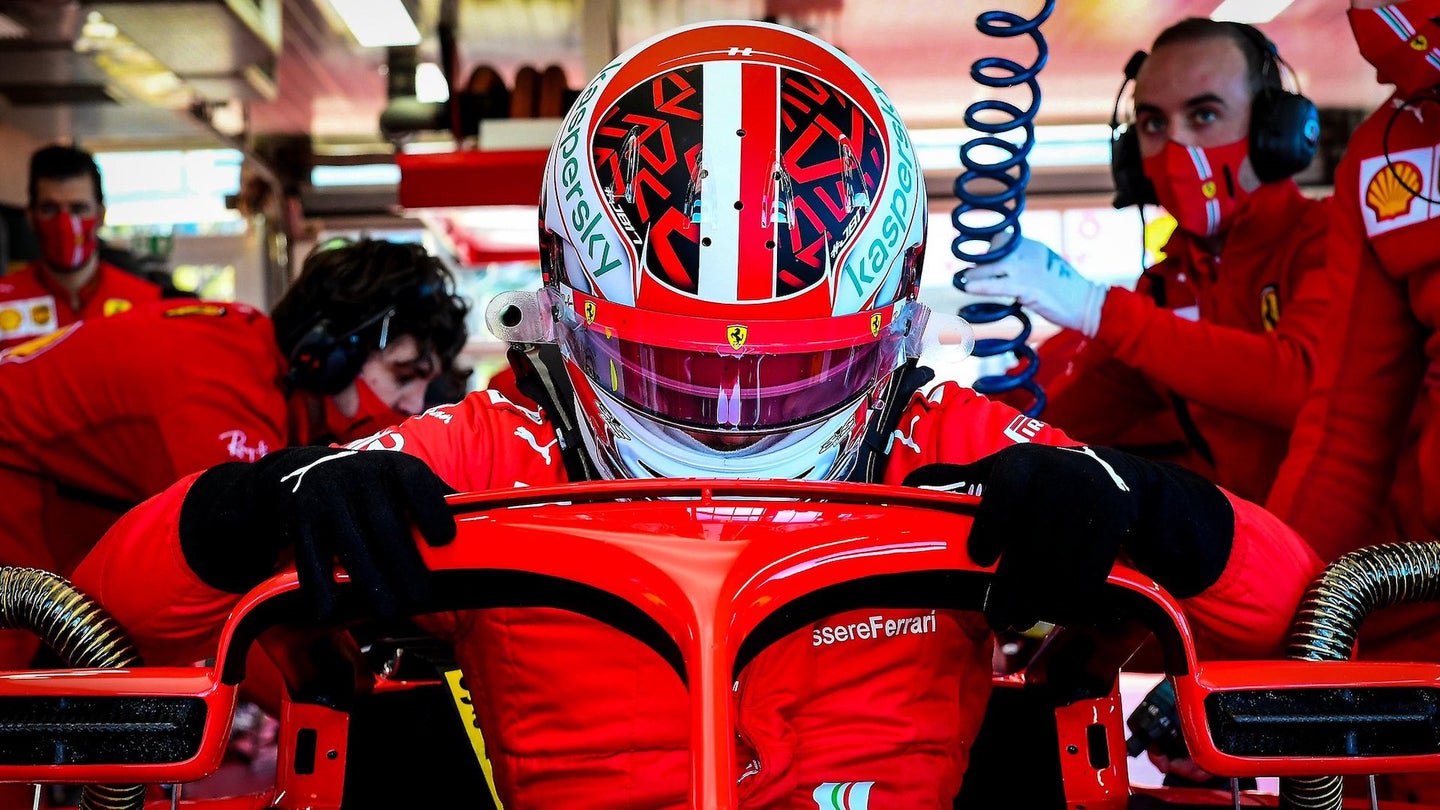 Another Formula 1 season, another round of racing car and helmet liveries. While the former is mostly carryover this year—with the exception of that awfully Russian-looking Haas design—the latter is always fun to analyze because they typically depict the drivers' attitudes.

Not every driver on the grid's pulled the cover off their 2021 lid, but most of the big names have. Lewis Hamilton, Mick Schumacher, Fernando Alonso, Sergio Perez, Daniel Ricciardo, etc. have all unveiled their new flashy designs, and we've compiled them here for you.

Lewis Hamilton is going with a royal purple theme, which he's given some extra meaning this year. In a Twitter post, he clarified the purple is actually a reference to the calming properties of amethyst crystal, something he might need after an uncharacteristically chaotic pre-season test for the reigning world champion.

"I'm constantly searching for peace and harmony in both my mind, body and spirit," Hamilton's tweet read. "This helmet is inspired by the crystal Amethyst, to keep me grounded and bring me peace and tranquility."

Hamilton's wingman, Bottas, is mostly sticking with the usual theme for 2021. As it's been the case with previous helmets, it was Bottas' girlfriend, pro cyclist Tiffany Cromwell, who designed the white-and-blue lid that now includes a glittery bottom for a nice effect during the night races, as well as the prominent VB77 logo. Understated yet classy, much like Bottas himself.

Verstappen, meanwhile, went the "if it ain't broke don't radically reinterpret it" route and an even more minimalist approach to his already mostly-white, lion-themed helmet. It's probably tricky to find two teammates with more distinct designs, especially given the gigantic Red Bull logos taking up most of the sides, but somehow Verstappen and Perez pull it off.

Red Bull's newest racer, Sergio Perez has managed to stamp a pretty distinctive design on his helmet for 2021. It incorporates the Mexican flag, some Aztec culture elements, as well as the acid yellow color that he used early in his career but was later unable to due to, ironically, sponsor commitments at Force India and then Racing Point.

He's also added a Never Give Up slogan on the back, which he says is for his own benefit, after the struggles and triumphs of his past year. "Every time I put the helmet on, I can see it, which is just a reminder not to give up at all," Perez said on social media.

Ferrari's title hopeful pulled the wraps off his new helmet for the 2021 season, though he didn't offer much of an explanation for the new design. The primarily red, white, and black lid is rather busy and features what looks like random graffiti behind the main sponsors and lines. In fact, it looks borderline Kimi.

Admittedly one of the coolest new designs for 2021 belongs to Carlos Sainz of Scuderia Ferrari. The new Schuberth lid features the traditional red and yellow colors of the Spanish flag, as well as gloss and matte black patterns embossed with the 55 and Ferrari logos around the helmet. All in all, a show-stopper.

The extremely well-liked Australian has continued his post-Red Bull collaboration with designer Ornamental Conifer, to a new duck egg, blue and purple design that features an "all good, all ways" decal on the top.

Ricciardo's previously used his helmet slogans as a bit of a message-sending platform, since 2019's "stop being them" design marked his departure from Red Bull and freedom to put whatever he wanted on there. This year is a bit more vibey and less confrontational but he's kept the "Honey Badger" at the back, just to remind anyone that the ever-present smile is him baring his teeth, too.

Lando Norris has had some stand-out helmets in the past, changing his almost every race last year. He says that's a thing of the past for this season, going back to his "base" neon and blue look for the majority of 2021. However, he did run a special, darker "glitch" design for pre-season testing, in line with a new range of camouflage-inspired merchandise the team just dropped to the eager, hoodie-wearing masses.

A switch to Aston Martin has provided new opportunities for Vettel's helmet design. The new design features a personal sponsor partnership with Better Water Technologies, the company that previously turned the team no longer known as Racing Point pink. This time the effect's more subtle—a fuchsia highlight on the car and Sebastian's helmet has retained its previous design but with the German flag colors dyed pink.

It's part of a partnership with BWT to promote its "sip by sip" clean drinking water campaign to reduce plastic usage. Vettel, a father of three, says it's a goal he's committed to as part of leaving a better planet for young people and that the message was more important than flag colors, saying, "I am proud to be German but I don't need to wear the German flag all the time."

While Vettel's helmet is mostly pink, Stroll's is the complete opposite, going mostly green to match his smokin' Aston Martin racer and the team's overall look. Simple, clean, and very green.

One driver coming to Formula One with enough reputation already weighing on his head is Mick Schumacher, son of seven-time world champion Michael Schumacher. Fairly carefully shielded from the press as he progressed in his junior career, until the last couple of years, Schumacher seems to be able to balance the relationship he has with his father with the more parasocial one fans and press draw between them and project onto Mick. His helmet is inspired by but not identical to Michael's and Mick told Formula 2 (the championship he won last year) that the neon yellow color is "so that people can recognize me as quickly as possible when I am in the car"—which, weirdly, might not quite work this year.

The Spanish world champ is a man of many helmets, oftentimes rotating through different designs on a race-by-race basis. This year's lid with Alpine retains the traditional "Alonso Look" with the colors of the Spanish region of Asturias, Kimoa, and other new sponsors.

Ocon's new design for 2021 is mostly composed of red, white, and blue, paying homage to the newly-represented Alpine brand, with a stripe showing the French flag on the back of the lid. Interestingly enough, it would almost look at home in the 2021 Haas car.