Ending what's undoubtedly been the worst streak of luck series-wide, Mazda is at last victorious with Team Joest. 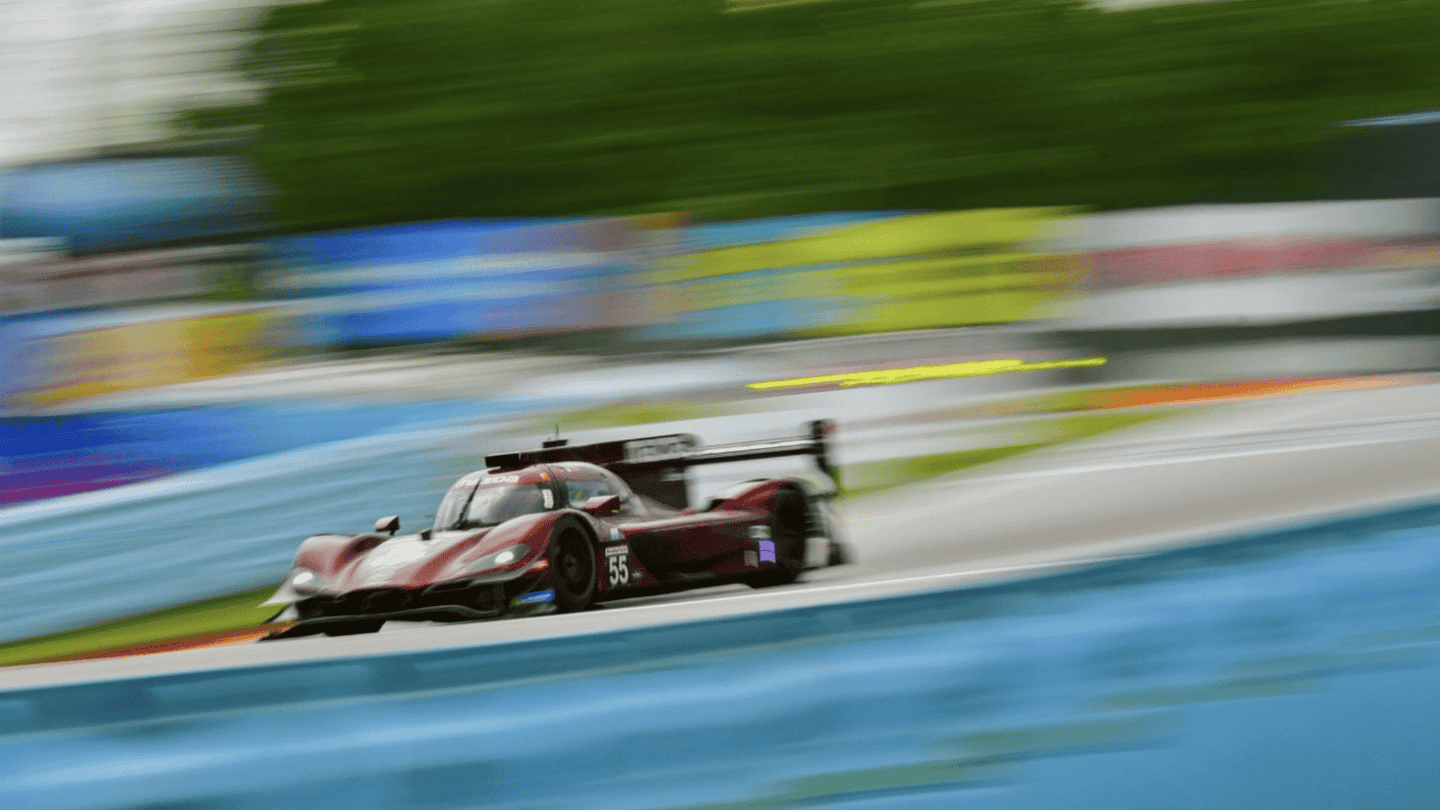 On at least three occasions during the 2019 IMSA WeatherTech Sportscar Championship season, Mazda Team Joest has been the fastest outright. Claiming poles, demolishing track records, and having excellent pace come race day has been the norm for the outfit, but thanks to the worse string of luck in the DPi paddock, a win has never been in the cards—until Sunday, that is, when Nos. 55 and 77 Mazda prototypes crossed the finish line one-two in a moment of elation for both Team Joest and the Japanese manufacturer.

Oliver Jarvis set a new IMSA lap benchmark in qualifying by placing his No. 77 Mazda RT24-P DPi in first place to start the annual Six Hours of The Glen. A rocky start for the rest of the field meant that he was able to build a gap to the midpack, followed quickly by the No. 55 Mazda piloted by the team of Harry Tincknell, Jonathon Bomarito, and Olivier Pla.

Fast forward and it's much of the same story with both Mazdas duking it out, this time though with Acura Team Penske's No. 6 car and Juan Pablo Montoya in the mix. The Colombian would actually take the lead from Tincknell, pacing the field for 16 laps around the 3.4-mile Watkins Glen circuit thanks to a coincidental yellow flag period in which the Mazda headed for the pits.

Late in the race, Tincknell was left with no choice but to barge by Montoya with hopes of executing the maneuver in a clean fashion. He made his move on the inside of Turn 8, holding the position through the corner and the rest of the lap. Tincknell would maintain this position to the end of the race, save for a two-lap period following a pit stop in which Montoya assumed the lead, and he was trailed to the finish line by Oliver Jarvis just three-tenths of a second behind.

At last, in its fifth consecutive season of IMSA prototype competition—its second with Team Joest—Mazda held the winner's trophy above its head. To do so, it had to overcome waves of adversity that lasted for years and didn't end until the checkered flag with Tincknell's car at risk of being black flagged due to a hanging engine cover with less than 10 minutes to go.

"It's been an amazing journey. We've been close but we never gave up—that's the Mazda philosophy, to never stop challenging," explained Mazda North America Motorsports Director John Doonan. "The goal was to put it on the top step for the fans, the people who drive Mazdas, the people that race Mazdas, the people who sell them and for all of the corporate staff in Japan, the United States, Europe and the rest of the world. This is the day we've been waiting for...This is a group victory for the Mazda brand, and the people as well. I couldn't be happier."