The former F1 champion was injured in a collision yesterday while cycling. 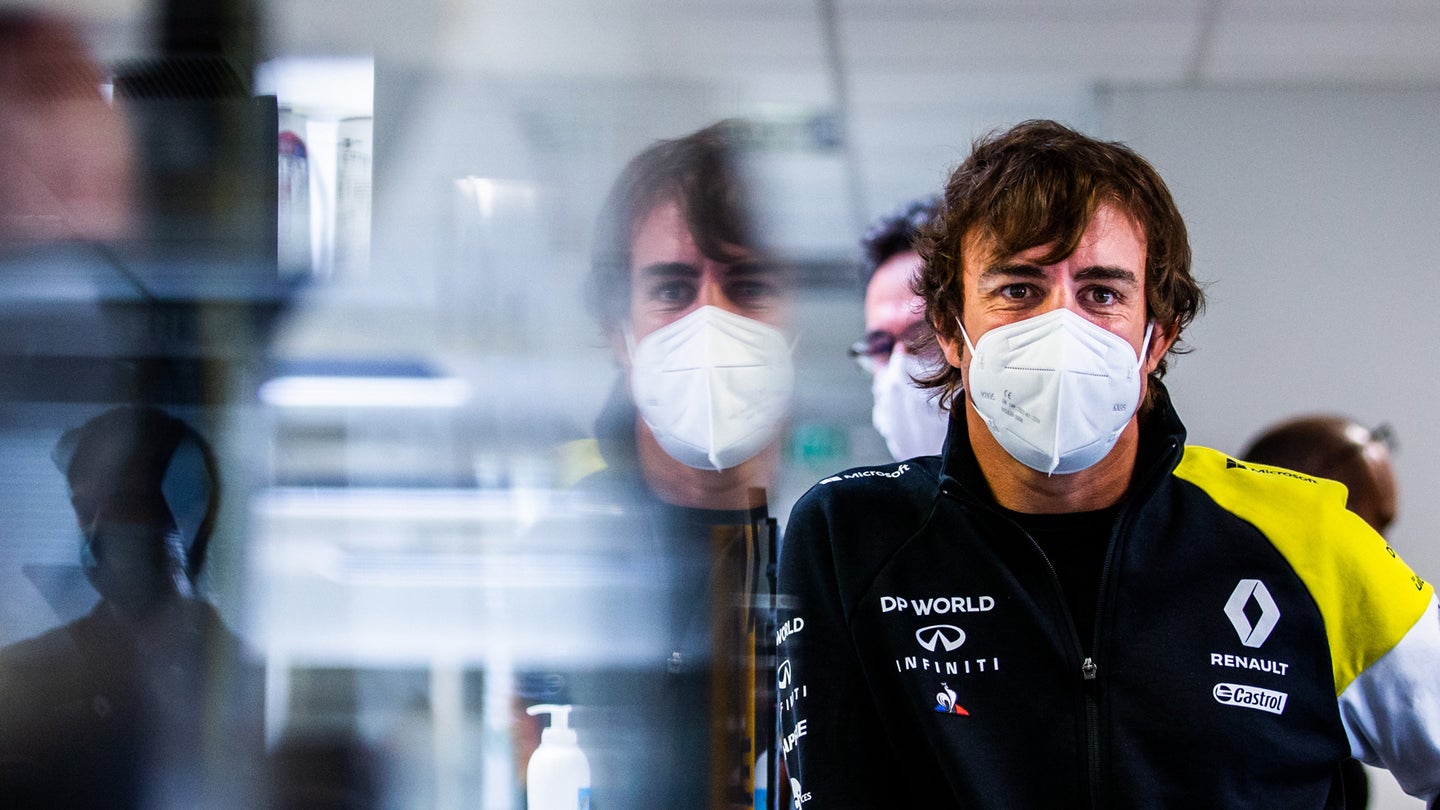 Alpine F1 team has given an update on Fernando Alonso's condition after it announced he was involved in a road accident while cycling Thursday and had to be taken to the hospital. The team issued a statement confirming reports that Alonso had been injured and a police report gave further details about the accident.

The police report claims that a Swiss motorist hit Alonso while cycling near Lugano: "While making a left turn manoeuvre to enter a supermarket parking lot, there was a collision with a 39-year-old Spanish citizen, who was riding his bicycle. He was passing the column of stationary vehicles in the opposite direction on the right."

The report went on to say that Alonso had sustained a jaw injury, "On the spot intervened agents of the cantonal police and, in support, of the police of the city of Lugano as well as the rescuers of the Green Cross of Lugano who after having given the first attention to the cyclist transported him by ambulance to the Hospital. The 39-year-old suffered a fractured jaw."

Today, the team issued a statement via social media saying the two-time F1 champion is recovering from successful surgery on his jaw: "Following his cycling accident yesterday Fernando Alonso was kept under observation in a hospital in Switzerland.

"Medics discovered a fracture in his upper jaw and conducted a successful corrective operation. The attending medical team are satisfied with his progress. Fernando will remain under observation in the hospital for a further 48 hours.

"Looking forward, after a few days of complete rest, he will be able to progressively resume training. We expect him be fully operational to undertake preparation for the season. Alpine F1 Team and Fernando thank you for your wishes and will issue further updates when appropriate."

Alonso himself has tweeted this afternoon, thanking fans for their well-wishes: