…then returns to lay down an absolute scorcher in qualifying. 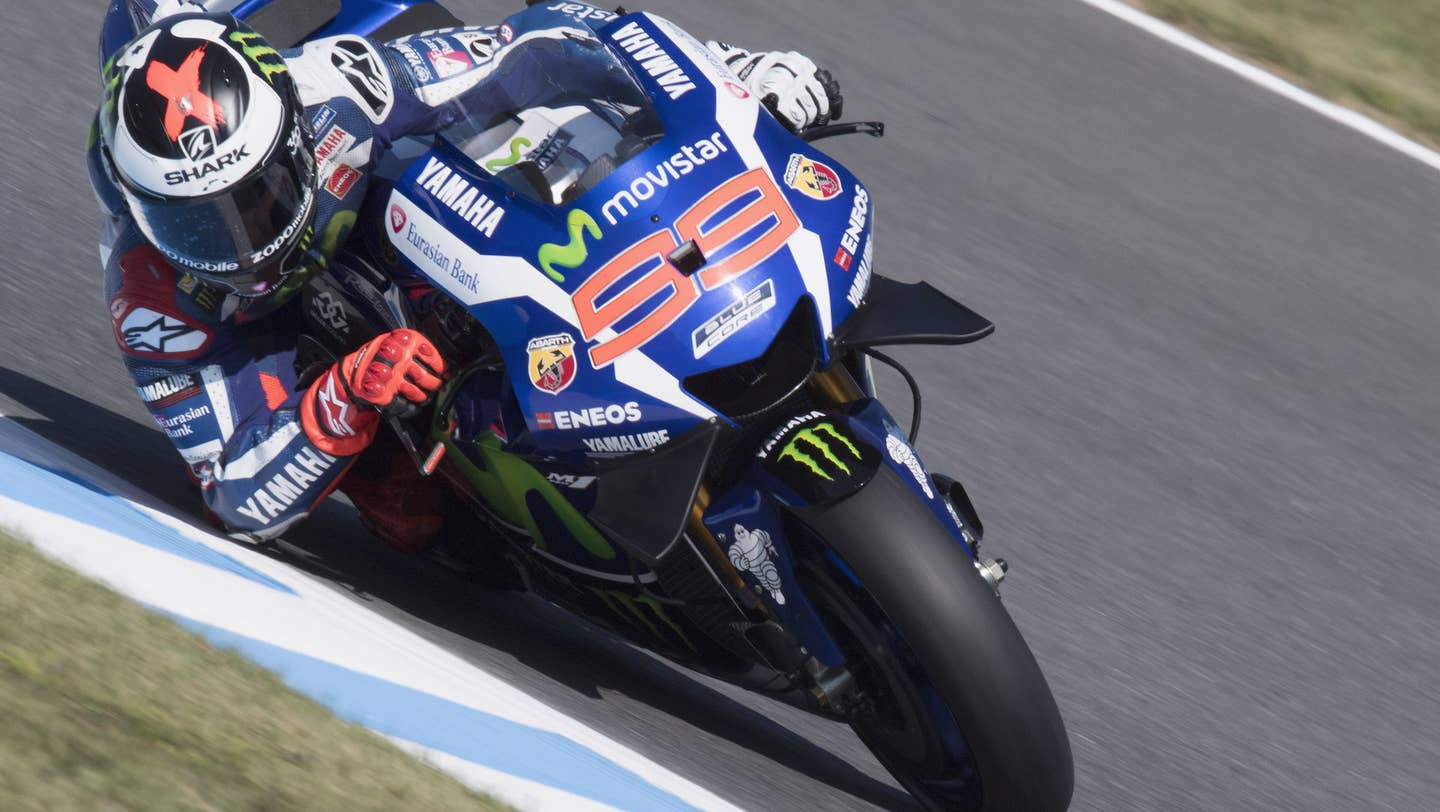 Jorge Lorenzo, the defending MotoGP series champion, was airlifted from the Motegi Circuit on Saturday morning following a massive high-side wreck. The incident occurred during the third free practice session for the Japanese Grand Prix. Lorenzo lost control of his Yamaha while fighting cold tires midway through Turn 2, and was thrown off in spectacular fashion.

The incident, while ugly, played out at relatively low speeds. Lorenzo came off the track in a wheelchair, before being airlifted from the medical center for further tests. Astonishingly, he escaped major injury, and returned to Motegi for the next practice session.

The Spaniard then laid down an absolute scorcher in qualifying, just 0.26 seconds off the pace of teammate and polesitter Valentino Rossi. Lorenzo will line up third on the grid behind Marc Marquez for Sunday’s race—a testament to modern safety equipment if there ever was one. Said Lorenzo:

“It was one of the worst crashes in my career, after China [2008] probably. It's been a long time since I had a crash like that – flying a lot of metres in the air and touching the ground very strong.

"I was scared at the beginning because all my body was hurting and I expected the worst, a big injury, especially in the left leg. But finally it was just a big impact, in all the body, but especially in this (left) leg”

Lorenzo got off easier than Dani Pedrosa, who went down after a similarly violent high-side during the second practice session. The 31-year old Repsol Honda Team rider, who’s currently fourth in the MotoGP standings, broke his collarbone in the crash. He flew to Spain on Friday evening for emergency overnight surgery, but has been ruled out for the race in Japan, and remains questionable for next weekend’s Australian Grand Prix.