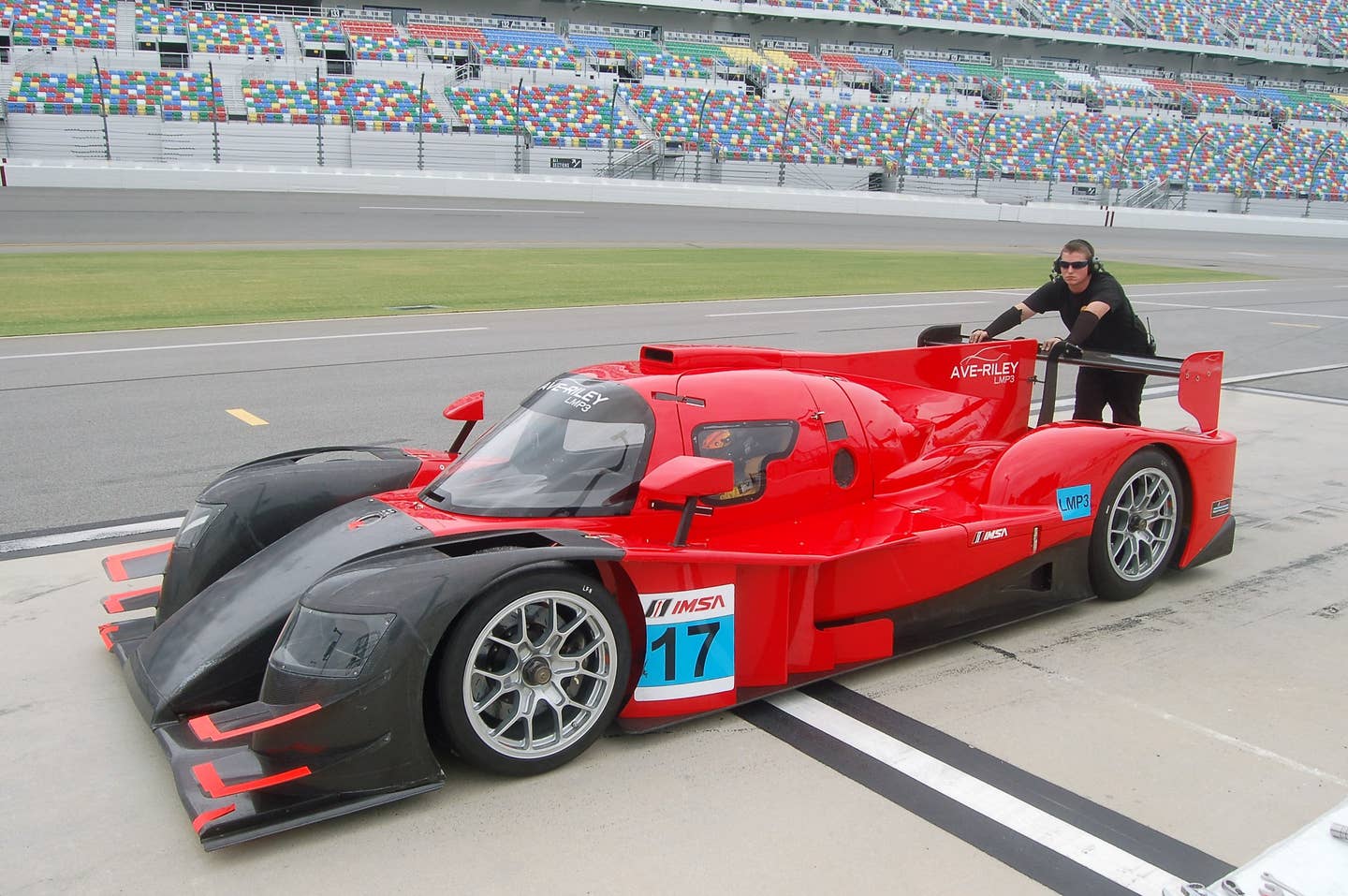 There aren’t many better-known names in sports car paddocks that Bill Riley and Tony Ave. So when the two joined forces to build the Ave-Riley AR2 LMP3 prototype, as a rival to the existing Ligier, people took notice.

Last week, Ave had one of his cars at Daytona International Speedway, where Trans-Am racer Paul Fix was testing it out. “It’s fun to drive,” Fix said, and there’s ample power from the Nissan V8, in the mid-400-horsepower range. Transmission is a paddle-operated six-speed.

The car will likely be raced in the IMSA Prototype Challenge class, and in the European Le Mans Series overseas. The car looks and sounds good on the track, and the company has orders for six cars already, with a lot more racers perched on the fence waiting to see how the classes shake out.