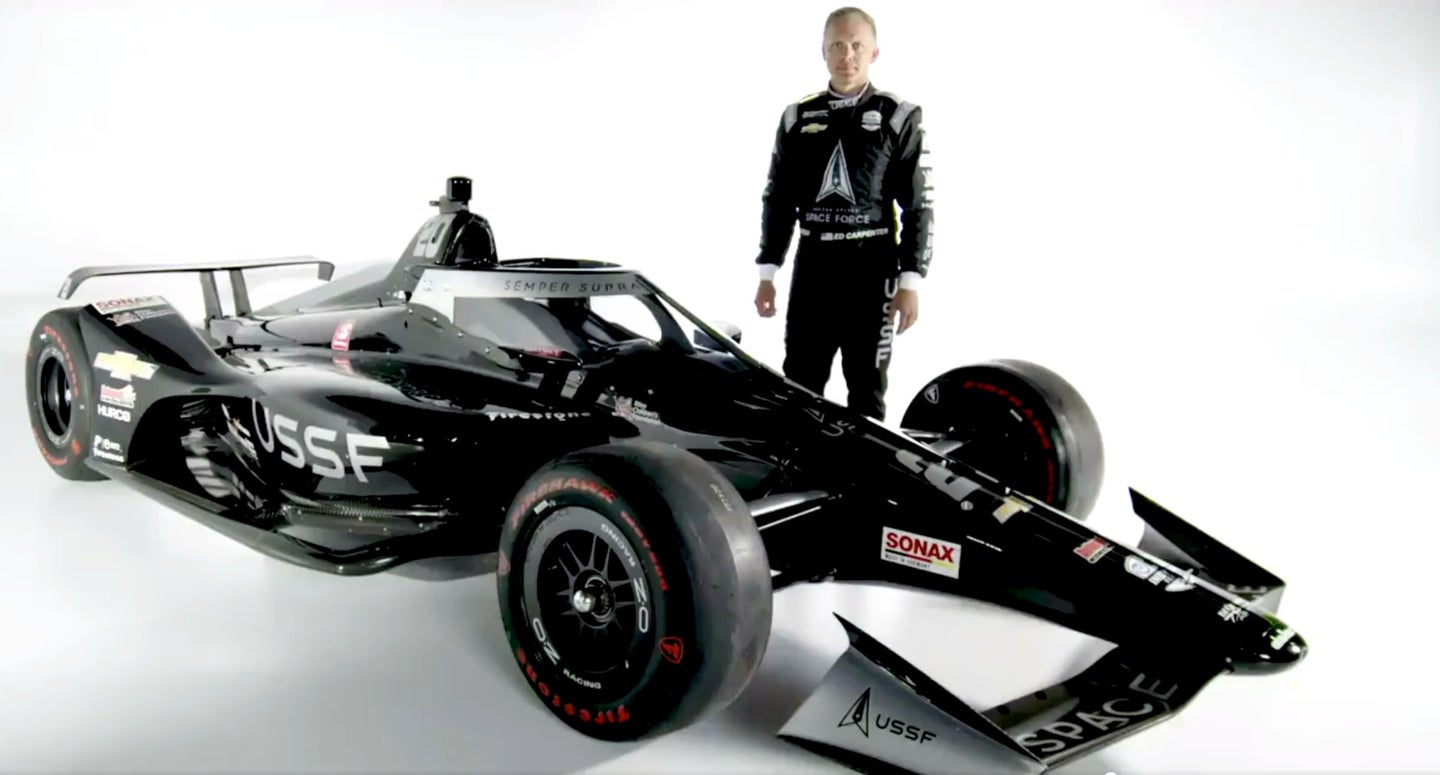 The United States armed forces are indeed familiar with the world of motorsport. Our Army was a longtime NASCAR and NHRA sponsor, and in 2020, the Air Force backs Conor Daly's IndyCar efforts when he's driving that menacing bomber-themed Chevrolet. Other branches pop up here and there, but none have been as shocking or, really, puzzling as the U.S. Space Force backing a ride for this year's Indianapolis 500.

An announcement confirming the Space Force's partnership with Ed Carpenter Racing was blasted on Fox and Friends Friday morning. The team's owner/driver will be rocking a largely black livery on his No. 20 car, albeit with USSF branding strategically placed on the sidepods and front and rear wings. Don't forget the Space Force's motto that lines the top of the Aeroscreen and reads "Semper Supra," or "Always Higher." The motto and USSF's logo were revealed just two weeks ago.

A press release from ECR explains that the purpose of this relationship is to "build awareness of the U.S. Space Force in race fans and Americans all over the country." See, Space Force is an officially recognized branch of the U.S. military—has been since it was signed into law on Dec. 20, 2019, which feels like a lifetime ago. Its purpose is to "protect the interests of the United States in space; deter aggression in, from and to space; and conduct space operations." Sorry for using a ton of quotes here, but it's best that you hear it straight from the horse's mouth.

This certainly wasn't the news any of us expected to see shortly after waking up, but it's not terribly surprising when you give it a second thought. After all, who would've thought any of this would happen in 2020? This was supposed to be a good year, guys. Now we have waves of global chaos that only add to the pandemic's ever-pressing threat. We also just so happen to have a fledgling defense sector throwing money at open-wheel racers.

It at least makes sense that the Space Force would sponsor ECR seeing as their right-hand man branch, the Air Force, already has a deal with the team. When you've got a little over $720 billion allocated to your nation's military, I guess it doesn't hurt to throw a few hundred thousand toward marketing, or a well-off Indiana native whose family used to own Indianapolis Motor Speedway.