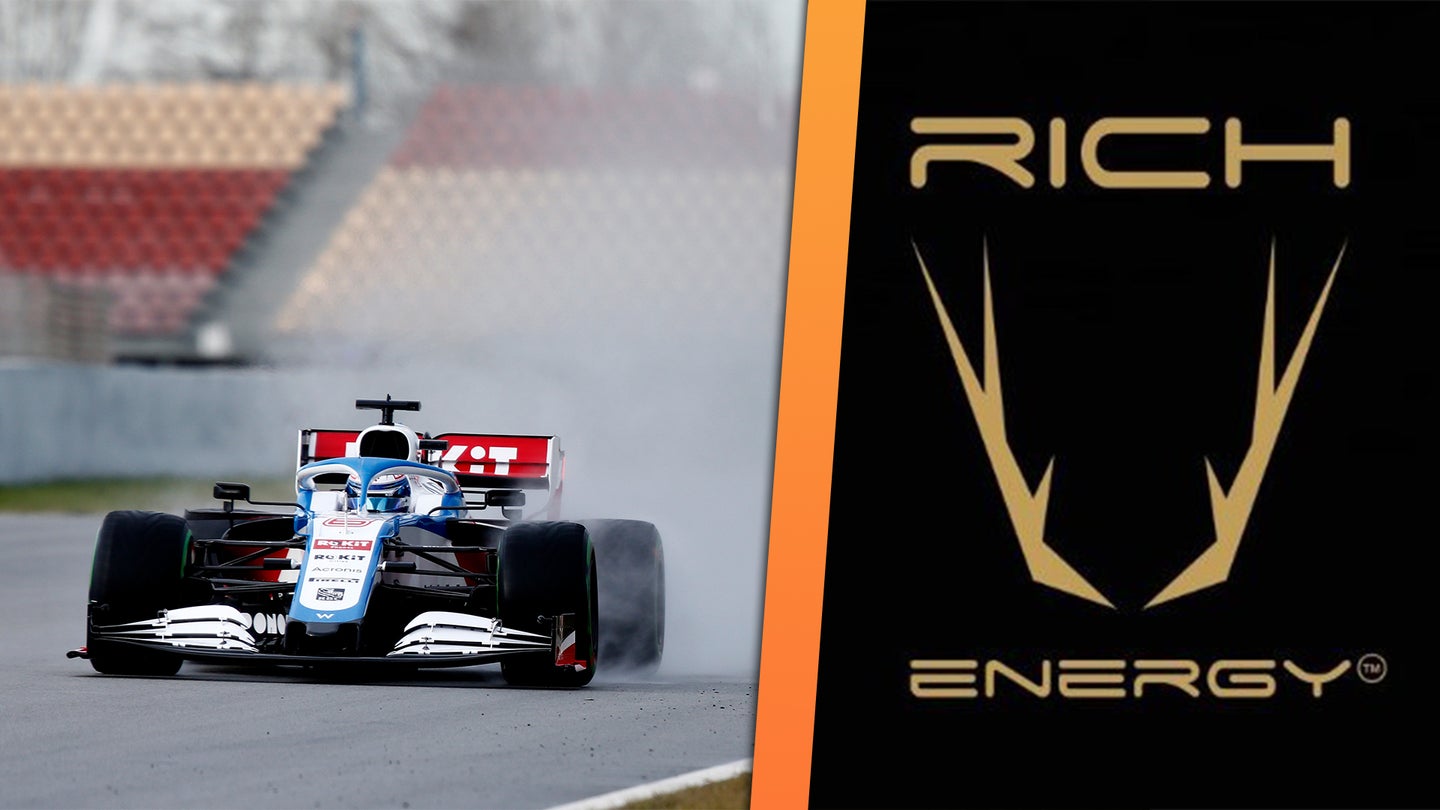 These are hard times for the historic Williams Formula 1 team. As if poor performance over the past three seasons wasn't enough, the Grove-based outfit has been publicly considering a sale to keep the ship afloat. It also terminated its title sponsorship agreement with Rokit, leaving it open for a new deal with a hopeful angel investor. Tragically, it looks like infamous UK energy drink company Rich Energy is among those interested in buying in.

Update 5/31/2020 at 7:44 p.m.: Williams responded to our request for comment, explaining that It has not been in contact with Rich Energy since 2018. In turn, this seems like an attention-grabbing series of tweets rather than a serious expression of interest.

If you're looking to get up to speed on Rich Energy, maybe check with Haas F1. The American team previously partnered with the admittedly unestablished brand and resultantly went through the throes of a long legal battle over alleged missed payments. A host of nasty tweets ensued, with Rich Energy bashing Haas and explaining how it'd no longer partner with an "underperforming" race team.

Rich Energy tweeted Sunday, showing a version of the 2018 Williams F1 car, named the FW41, with Rich Energy plastered on the engine cover as well as the bargeboard. Apparently, an offer is on the table to financially support the nine-time Constructors' Champions.

The comments section was then filled with appropriate responses:

Rich Energy's controversial CEO William Storey followed up with a tweet of his own, explaining what it'd take to rescue the Williams squad. Apparently, he feels it'd take more than a nine-figure investment to bring it back to the F1 podium, which has been almost exclusively occupied by the sport's largest spenders—Mercedes-AMG, Ferrari, and Red Bull. According to Storey, Williams also needs a new business model, along with new leadership. Currently, the organization is headed by founder Frank Williams' daughter, Claire.

Storey was quick to respond to critics, too, reiterating the supposed reasons why Rich Energy dropped Haas midseason last year.